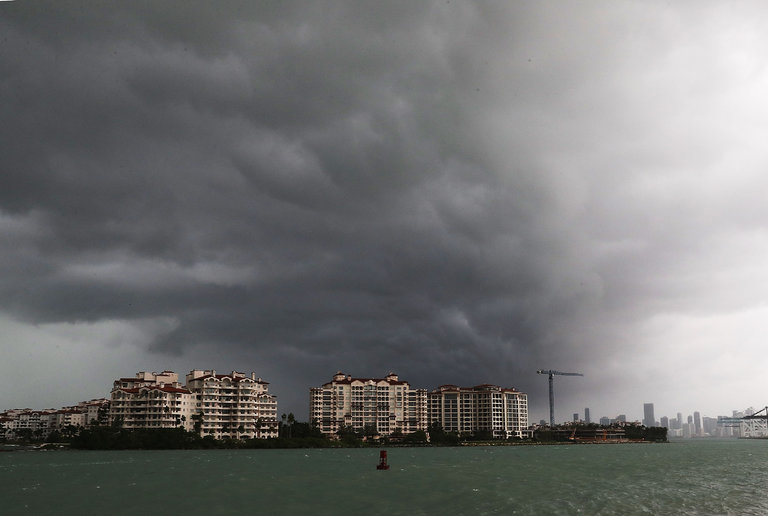 With Tropical Storm Ophelia’s transition to Hurricane Ophelia on Wednesday, 2017 became the first year in more than a century — and only the fourth on record — in which 10 Atlantic storms in a row reached hurricane strength...

Ophelia, far out in the Atlantic, does not pose a threat to the United States, though it may affect Ireland. But it puts this year in the history books by at least one measure. The last time 10 consecutive Atlantic storms became hurricanes was in 1893 — and because tracking technology was far more primitive then, meteorologists say, some weak tropical storms or tropical depressions may have gone undetected within that streak.

There were also 10-hurricane runs in 1878 and 1886, said Bob Henson, a meteorologist for Weather Underground. But since modern records began in 1851, there has never been an 11-hurricane stretch.

Since Hurricane Franklin formed on Aug. 7, Mr. Henson said, there has been “maybe a week total without a named storm roaming the Atlantic somewhere.” Two of the 10 hurricanes in that period, Irma and Maria, reached the highest level, Category 5. Two others, Harvey and Jose, reached Category 4. Within a single month from mid-August to mid-September, six hurricanes developed.

The number of named storms — 10 hurricanes and five tropical storms, for a total of 15 — has already made the 2017 Atlantic hurricane season one of the busiest on record, and there is still more than a month and a half to go before it officially ends. 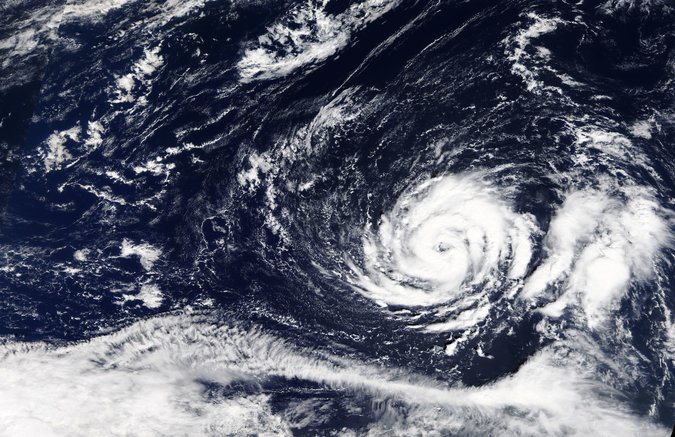 But what really stands out is the intensity and duration of the storms, reflected in a measure known as accumulated cyclone energy, or A.C.E. By that index, 2017 ranks eighth since modern hurricane records began in 1851, and its position is likely to rise before the season is over. The A.C.E. measurement for the incomplete season is already more than twice the average for a full season, Mr. Henson said.

This year, he added, the Atlantic has experienced 18.75 major hurricane days: the total number of days logged by Category 3, 4 and 5 storms. While there is significant variation from year to year, this is nearly five times the full-season average of 3.9 days.

All of this leads to one question: Why?

Katharine Hayhoe, a climate scientist at Texas Tech University, told The New York Times in August that climate change might not increase the number of hurricanes, but that higher ocean temperatures could “have a role in intensifying a storm that already exists,” because warmer waters provide more fuel for hurricanes to grow.

That fits with what we have seen this year: a remarkable number of the strongest storms.

“Any given season could have waters that are warmer or cooler than average,” Mr. Henson said, but these ordinary seasonal variations are occurring on top of a long-term warming trend. These two elements can combine to produce monstrous storms like Hurricane Irma — which was one of only five known to have reached wind speeds of 185 miles per hour, and which sustained those winds for a record 37 hours.

Generally, hurricanes can develop when the water beneath them is about 79 degrees Fahrenheit or higher, Mr. Henson said, and climate change is increasing both the number of days that present those water temperatures and the size of the areas that have them.

Joel Myers, the founder and president of AccuWeather, emphasized that “we don’t have enough data” to attribute the intensity of this year’s hurricane season specifically to climate change as opposed to ordinary variables, like water temperature cycles that occur over 20 to 40 years. And he noted that in the northwestern Pacific Ocean (where hurricanes are known as typhoons), activity has been below average.

What is clear is that this year, warm waters have combined with atmospheric conditions to produce an exceptionally destructive Atlantic hurricane season. Wind shear has been very low, Mr. Henson said, which has allowed tropical systems to intensify “without being tilted, sheared, torn apart by stronger winds.” And steering currents have tended to drive storms over land rather than pushing them out to sea, creating an enormous human toll.

Mr. Myers pointed to the same factors, plus two more. A high-pressure area in the Atlantic has been farther north than usual, he said, essentially expanding the tropics and creating a larger space in which conditions are favorable for hurricanes. And above-average rainfall in parts of Africa resulted in less dust in the air over the Atlantic, which allowed for larger rain droplets.

Simply put, virtually every factor that fuels hurricanes has been in place. But Mr. Myers cautioned against taking that as evidence that future seasons will be similar.

“Just because we had these statistics this year when everything was lined up,” he said, “doesn’t say anything about next year, or the next five or 10 years.”