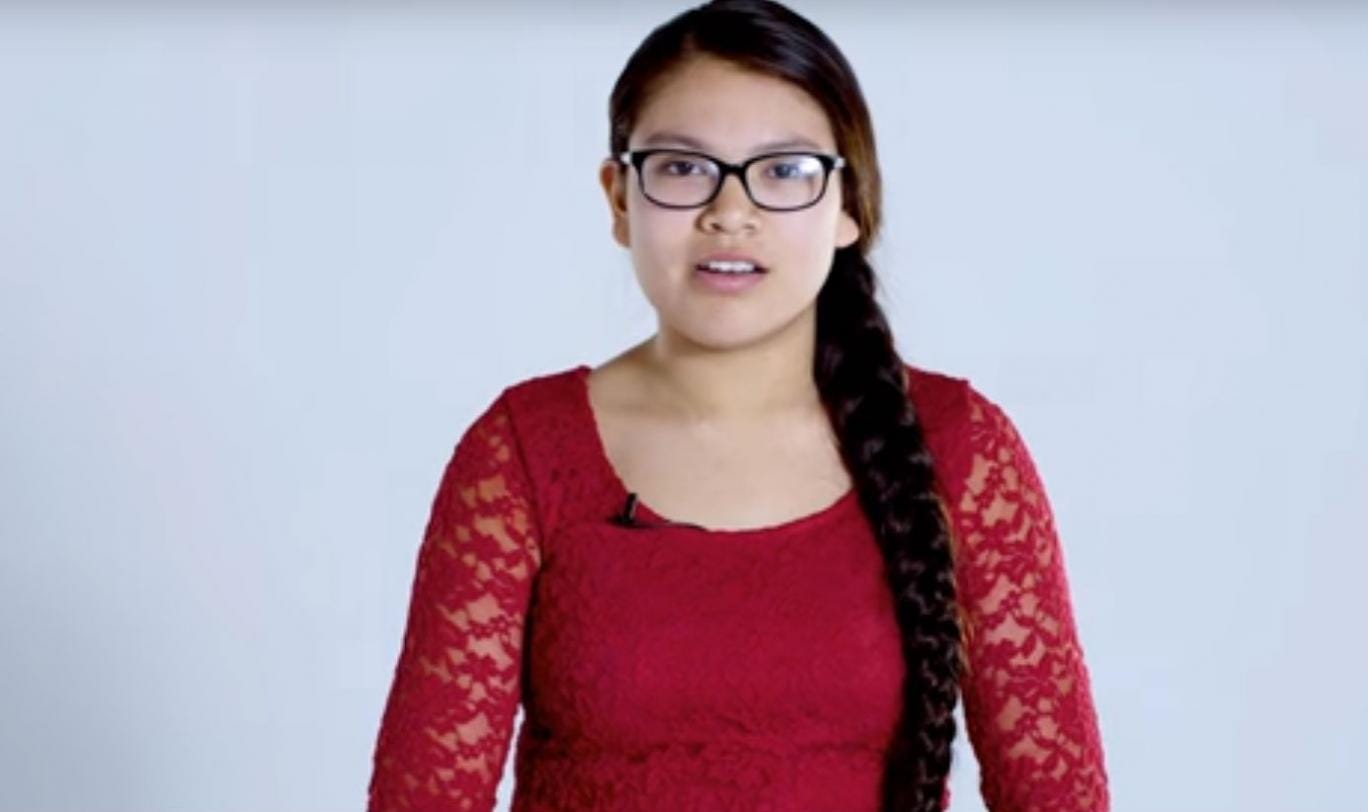 Anna Lee Rain Yellowhammer and 30 young people from the Standing Rock Reservation are campaigning against a big oil company...

A group of Native American teenagers in North Dakota are campaigning to stop a large oil company from building a pipeline through their land.

13-year-old Anna Lee Rain Yellowhammer and thirty young people who live near the Missouri river launched a petition to prevent Dallas-based Energy Transfer Partners from constructing the Dakota Access Pipeline, which would transport 570,000 barrels of crude oil per day across four states, from North Dakota to Illinois.

The petition has since gathered over 80,000 signatures, including a string of celebrity endorsements from the likes of Leonardo DiCaprio and Cameron Russell.

The Native American tribe are arguing that any break in the pipe could spill oil into the river and pollute their main water source, threatening their way of life and community.

“My friends and I have played in the river since we were little; my great grandparents raised chickens and horses along it,” Anna Lee Rain wrote. “When the pipeline leaks, it will wipe out plants and animals, ruin our drinking water, and poison the center of community life for the Standing Rock Sioux.”

The pipeline would cross the Missouri river twice and run alongside the Standing Rock Indian Reservation.

Energy Transfer Partners said the pipeline would be monitored constantly and will include automated valve technology that will automatically close if a problem is detected.

Despite assurance of safety from the company, local people are concerned about the potential oil spills. In 2012-2013, there were 300 oil pipeline breaks in North Dakota alone, according to the petition.

“It’s like they think our lives are more expendable than others,” Anna Lee Rain wrote.

In April, South Dakota experienced its worst oil leak in history when TransCanada’s Keystone I pipeline spilled nearly 17,000 gallons of oil. President Obama vetoed the construction the Keystone XL pipeline last November, which would have been built by the same company.

Any crisis with the proposed Dakota Access Pipeline could pollute the Ogallala Aquifer, a million-year-old shallow water table which crosses eight states, and which is already in danger of running dry.

The letter alongside the petition is addressed to the US Army Corps of Engineers, who are responsible for signing off the energy company’s plans.

Cedric Goodhouse, the Hunkpapa Lakota chairman of the Long Soldier District of Fort Yates on the Standing Rock Reservation, told Truthout, “We are working on many fronts to coordinate opposition to the pipeline's construction.”

Last month a group of non-Native and Native Americans ran a 500-mile relay race to deliver signatures to the Army Corps of Engineers in Nebraska, while other members of Standing Rock set up a Spirit Camp near the Cannonball River in North Dakota to protest the pipeline plans.

In the reservation, many people have grandparents who fought and died for their rights.

Dana Yellow Fat, a Standing Rock Sioux Tribe Councilman who is organising meetings with the Army Corps of Engineers, told Truthout the US government is “chipping away” at the community’s “prison camp”.

“We gave the Unites States the right to use our water, not the other way around. The US government is once again allowing big money to trample all over our rights.”

He said he believed the pipeline plans go against the so-called Winters Doctrine, which was a landmark Supreme Court case in 1908 which clarified water rights for Native American reservations.