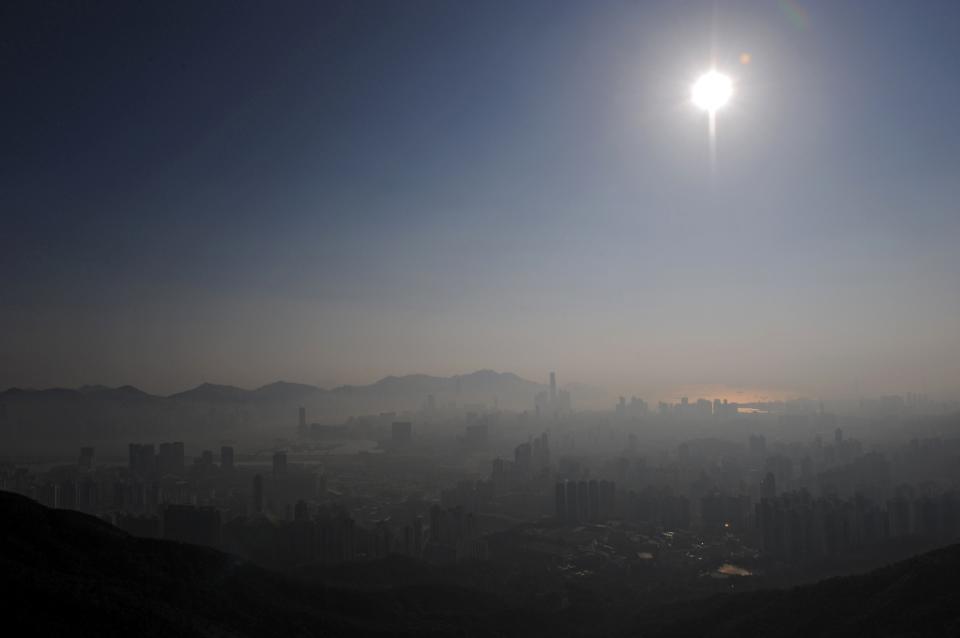 Paris (AFP) - When future generations write the history of humanity's faltering quest to repair Earth's climate system, 2015 will have its own chapter...

Nature, along with the usually fractious family of nations, conspired to make it a landmark year: almost certainly the hottest on record for the planet as a whole, and a rare moment of unity when 195 states pledged to curb the carbon pollution that drives global warming.

Whether the December 12 Paris Agreement is the key to our salvation or too-little-too-late depends on what happens starting now, experts and activists told AFP.

Robert Stavins, director of the Harvard Environmental Economics Program at the Harvard Kennedy School, was also chary: "We will only be able to judge whether it is truly a success years, perhaps decades, from now."

But whatever lies ahead, they all agree, the last year has been a "tipping point" on climate change. 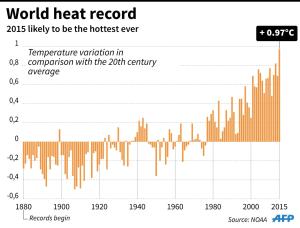 "Paris represented a real sea change in seriousness in coming to grips with the issue," said Alden Meyer, a veteran climate analyst from the Washington-based Union of Concerned Scientists who has followed the UN process for nearly three decades.

Much of that seriousness was driven by a crescendo of deadly extreme weather and the growing confidence of science in connecting the dots with long-term shifts in climate.

The US National Oceanic and Atmospheric Administration will likely report Wednesday on record-breaking heat in 2015.

They could point to the most powerful hurricane ever registered; freakish, above-freezing temperatures -- if only for a day -- at the North Pole in December; or life-threatening droughts in eastern and southern Africa. 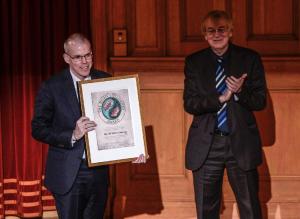 Some of that will be chalked up to El Nino, a natural weather pattern that creates havoc along the tropical and southern Pacific Rim every five or six years. But the very fact that this El Nino is the most intense ever measured may itself be a by-product of global warming.

Scientists reported last week that climate change has probably pushed back the next Ice Age by 50,000 years.

That may sound like good news, but more than anything it is a stunning testament to the extent to which human activity -- mainly burning fossil fuels -- has played havoc with the planet's thermostat.

Experts have also come a step closer to concluding that our impact on Earth's bio-chemical systems has been so massive as to justify the christening of a new geological era.

The "golden spike", or start date, for the Anthropocene -- the "Age of Man" -- will probably be the mid-20th century. 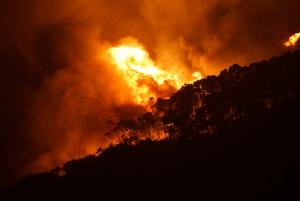 What Saleemul Huq, director of the International Centre for Climate Change and Development in Dhaka, calls a "greater planetary consciousness" on climate has shown up in business and politics as well.

In the World Economic Forum's annual survey on global risks over the coming decade, released last week, some 750 experts put "failure of climate change mitigation and adaptation" at the top of the list for the first time.

In third and fourth position are "water crises" and "large-scale involuntary migration". 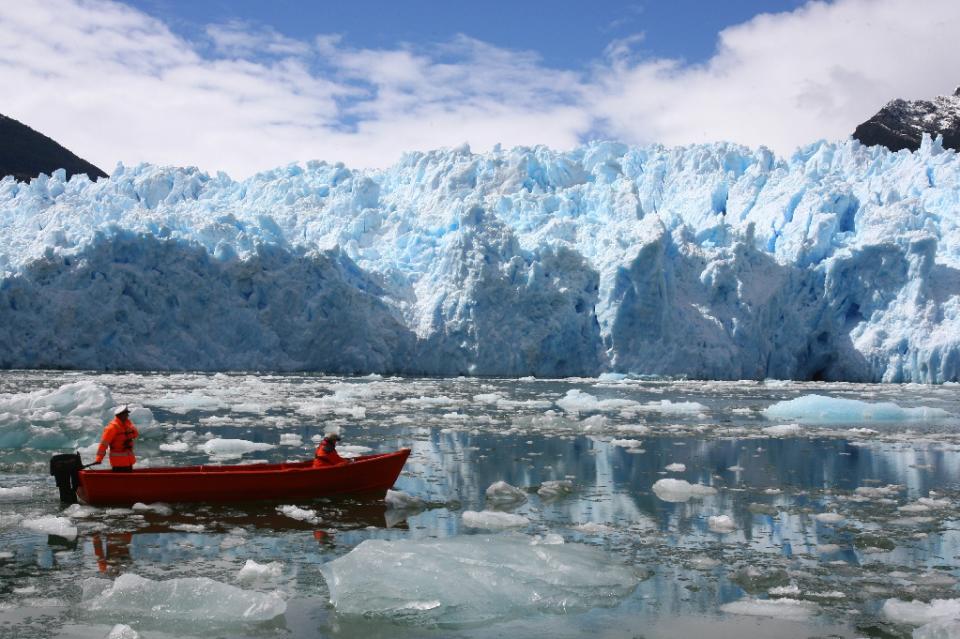 The WMO says data from the first 10 months of the year suggested temperatures over land and sea would tick in at their highest level ever measured this year, after already reaching record highs in 2014 (AFP Photo/Martin Bernetti)

In the business arena, the balance of investment is shifting away from fossil fuels and towards renewables, Bloomberg New Energy Finance reported recently.

US President Barack Obama has dealt the US coal industry -- already reeling from bankruptcies -- another body blow in announcing a freeze on new coal mine permits on federal land.

The 2015 watershed on climate change has crystallised a gradual shift from debate over the reality and extent of global warming, to a discussion on what to do about it.

"After having concentrated for years on the problems generated by climate change, we are seeing across the globe solutions responding to the crisis," said Pascal Canfin, a former French government minister and the new head of WWF France.

But Canfin and others caution against undue optimism.

"There's a huge amount of resistance and inertia built into the system," said Huq. "Changing the global economy is not a trivial matter."

Much of that resistance will come from the fossil fuel industry, faced with the fact that 80 percent of known reserves must stay in the ground to have even a shot at holding global warming to "well below two degrees Celsius" (3.6 degrees Fahrenheit) above mid-19th century levels, much less the 1.5 degree target climate-vulnerable countries fought so hard to include in the Paris Agreement as an aspirational goal.

"The writing is on the wall for coal. But the oil and gas industry is much bigger and more powerful," said Meyer. "You don't want to delude yourself that they are going to go away quietly."

By Marlowe Hood 5 hours ago
source: http://news.yahoo.com/
To receive the latest breaking news on global warming issues, click here and go to our climate blog. Look to the bottom right of the page for the climate blog Subscribe box to automatically get our RSS news feed and each new story.
To learn what you can do that is effective to help fix global warming caused climate destabilization, click here.
To learn why the term climate destabilization is replacing the terms climate change and global warming, click here.