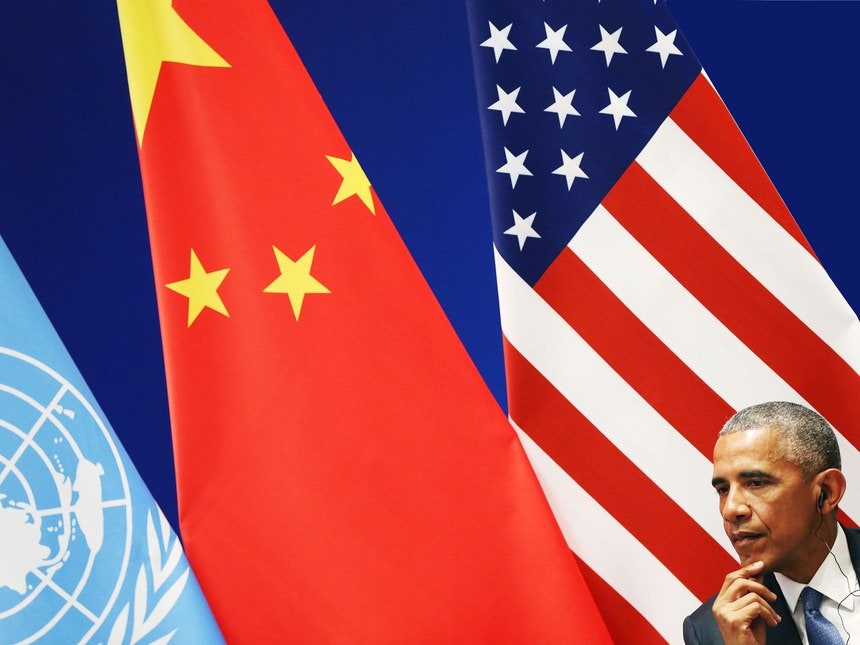 And few have any reason to do so anyway—overhauling your entire economy is pricey work. So, it was pretty remarkable when nearly 200 countries came together in Paris at the end of 2015 and agreed to take action against catastrophic warming. And for most of 2016, it looked like the momentum from that decision might, just maybe, be enough to save the world.

Then, November: The United States elected Donald Trump as president. The President-elect, who had called climate change a hoax prior to his victory, has since signaled that he will attempt to undo the promises and progress his predecessor made on climate. At this point, it’s impossible to predict how far Trump will go. And, if he does succeed in killing the US’s commitment to global climate treaties, how other countries will react. Rather than speculate, it’s better to understand what is at stake.

The bottom line of that late 2015 climate treaty, called the Paris Agreement, is a collective promise to keep average global temperatures from rising 2˚C above pre-Industrial levels—and have them stay as close to 1.5˚C above pre-Industrial levels as possible. The fact that it took more than 20 years of negotiations for the signatories to agree on this is testament to the difficulty of climate diplomacy.

A fair amount of that diplomatic energy went toward getting the US—history’s largest emitter—to sign on. The US needed assurances that other up and coming economies, like China (the current highest emitter) would shoulder some of the economic burden of cutting its emissions.

Last year, the unbelievable happened. China promised cap and trade—an economic system where the country sets a limit on total greenhouse gas emissions, and power plants buy permits to emit some percentage of that upper limit. In the US, the Obama administration unveiled the Clean Power Plan, an EPA rule that essentially forces coal power plants to clean up, or close down. That regulation was built atop on a Supreme Court ruling made several years earlier that allowed the EPA to regulate carbon dioxide using the Clean Air Act.

But the Clean Air Act, it turns out, has some weird wording, wording that opponents of the Clean Power Plan—24 states and a half dozen industry groups—used to challenge the rule’s legality in the Washington DC’s 9th Circuit Court of Appeals.

The litigation between the EPA and its opponents was set to begin in summer of 2016, but the rule would have begun going into effect before a decision either way. But, at the behest of the rule’s opponents, the Supreme Court stated that the Clean Power Plan would not go into effect until the lower court had made its decision.

To some observers (including me), this signaled that the Clean Power Plan was probably doomed. Whatever the lower court decided would be appealed and taken to the Supreme Court anyway—and the high court was seemingly signaling its intent to neuter the rule. Without the Clean Power Plan, the US would be stuck looking like it wouldn’t be able to hold up its emissions-cutting commitments to the Paris Agreement. And if the US won’t keep its commitments, why should anyone else in the world?

Then Antonin Scalia died. Whew? Not quite. Because then, congress blocked Obama’s opportunity to fill that seat. But still, the Clean Power Plan’s fate suddenly seemed a bit less bleak, because hey, Hillary was a shoo-in for president, right?.

And that’s where things were, until November 8. Donald Trump has called the Paris Agreement a bad deal, and specifically promised to nix the US’s commitment to it. Trump can do this several ways. In the least extreme version of events, the US would still be part of the agreement, at least in name, until 2020. It wouldn’t actually have to follow through with any of the commitments it made, but would still technically be a party to the ongoing negotiations (oh, there are many) for the next four years. Most extreme—catastrophic, even—Trump could withdraw from the 25-year old UN Framework Convention on Climate Change, which is the basis of all international climate negotiations.

That’s not even getting into domestic policy. Trump has offered administration jobs to a who’s who of career climate action antagonists: Oklahoma attorney general Scott Pruitt, his choice for EPA administrator, is currently suing the agency over the Clean Power Plan; Rick Perry, his pick for Secretary of Energy, campaigned for president in 2012 on a promise to dismantle the Department of Energy altogether; and, Rex Tillerson, Trump’s pick for Secretary of State, is the CEO of ExxonMobil, a company that spent decades funneling money to climate denier groups, despite evidence that the company’s own scientists had done research proving climate change is real.

Trump’s transition team has also circulated memos through the Energy and State Departments to drum up information on staffers who worked on the Obama administration’s international climate efforts.

Of course, all those people—along with the rest of Trump’s dream team—await confirmation, after the President-elect’s inauguration. In the meantime, President Obama is pushing last minute climate regulations, like this week’s ban on offshore Arctic drilling, that he promises won’t be easy to undo. But, with a Republican-majority Senate and House of Representatives, and an empty Supreme Court seat, Trump and his regime probably won’t be stymied for long in their quest to make America great, the climate be damned.