NO EL NINO, BUT JULY OF 2017 WAS THE HOTTEST ON RECORD. SO WHAT THE HELL IS GOING ON? 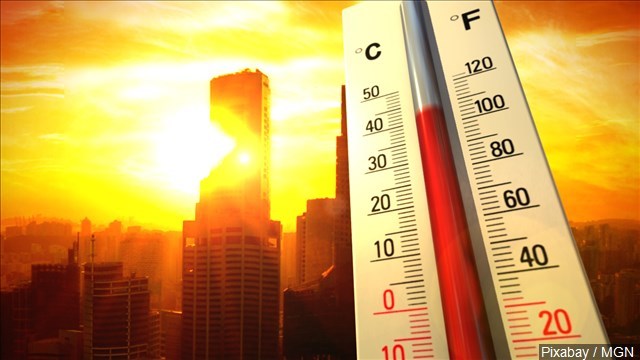 According to NASA’s GISS global temperature monitoring service, July of 2017 was 0.83 C hotter than the NASA 20th Century baseline (1.05 C hotter than 1880s). That’s the hottest July ever recorded in the 137 year global climate record...

In the Pacific, ENSO conditions remain neutral. And since 2014-2016 featured one of the strongest El Ninos on record, you’d expect global temperatures to back off a bit from what should have been a big spike in the larger warming trend. So what happened?

During July of 2016, the world was backing away from a very strong El Nino and heading into the mild global temperature trough of a weak La Nina. Cooler conditions in the Equatorial Pacific were starting to put a bit of a damper on the extreme global temperature departures that, earlier in the year, hit as high as 1.55 C above 1880s averages during February.

The La Nina lag during July of 2016 was enough to pull global surface temperatures down to 1.04 C above 1880s averages. However, the added heat pumped out into the system by both fossil fuel produced greenhouse gasses and the shift to strong El Nino appears to have generated a step change in the global temperature regime. So despite a weak La Nina dominating during fall of 2016, global temperatures remained in a range of 1.06 to 1.21 C above 1880s averages during August through December.

Moving into 2017, overall global temperatures have backed off from the extreme heat seen during 2016. But only a little.

July’s own record wasn’t a very impressive warm departure from 2016 — beating it by just 0.01 C. But what it does reveal is that there is an extraordinary amount of heat roaming the surface airs and waters of our world. And since all that extra heat will tend to resist cooling into Northern Hemisphere winter as it transfers poleward, we can probably expect that relative temperature anomalies will again rise as we move away from Northern Hemisphere summer. With departures likely continuing to exceed 1.05 or even 1.1 C above 1880s for most months going forward.

Already, early GFS model runs indicate that August of 2017 will likely be warmer than July. And this month might even come close to challenging the 1.21 C above 1880s averages achieved during 2016. However, using GFS global averages as an indicator is not a perfect oracle. So we wait on the August numbers from GISS and NOAA a month from now for final confirmation.

Furthermore, we do have a relatively weak cool Kelvin wave rippling along beneath the Equatorial Pacific at this time. This wave should shift the ENSO pattern to the cool side of neutral by Northern Hemisphere fall. A pattern that should also tend to nudge overall global temperatures downward. Recent falls in the north, though, have tended to exhibit very extreme polar warming. And a similar trend this year would tend to offset any Pacific Equatorial cooling. Lastly, the cooler ENSO neutral pattern is likely to still be a warmer general forcing than the weak La Nina that appeared during late 2016. So there is at least some potential that some months during fall of 2017 will be warmer than those during fall of 2016.

Considering these trends, the best available predictive analysis from NASA shows that 2017 is likely to be about 1.1 C warmer than 1880s or the second hottest year on record globally overall. NASA’s Gavin Schmidt gives this range a 77 percent likelihood of bearing out. But note the error bar in Gavin Schmidt’s above tweet. In other words, the presently far more unstable climate appears to be quite capable of serving up some relatively nasty surprises.