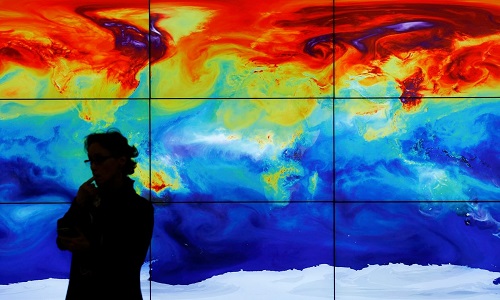 Conservatives probably can’t be persuaded on climate change. So now what?

One more round of “messaging” won’t do it...

When it comes to climate change, US conservatives inhabit a unique position, as part of the only major political party in the democratic world to reject the legitimacy of climate science and any domestic policy or international agreement meant to address it. Instead, the GOP is working actively to increase production and consumption of fossil fuels and to slow the transition to renewable energy.

How can conservatives be moved on climate change?

I recently heard a podcast that helped me order my thoughts on this perennial debate. It was Political Research Digest, a weekly 15-minute research round-up hosted by Michigan State University political scientist Matt Grossman for the Niskanen Center. (Grossman is the author of Asymmetric Politics, a crucial text for understanding American political parties. The podcast is nerdy and good.)

In the third episode, Grossman takes a look at some recent literature on climate change opinion and how, if at all, it can be shifted among conservatives.

It begins well, with an excellent lay of the land. But the discussion of how to move forward goes off course, in a very familiar way. It stops short of contemplating the uncomfortable but increasingly likely possibility that persuading conservatives on this subject has become impossible, and what that might mean for those concerned about the looming dangers of climate change.

Let’s start with a look a few basic facts about public opinion on climate.