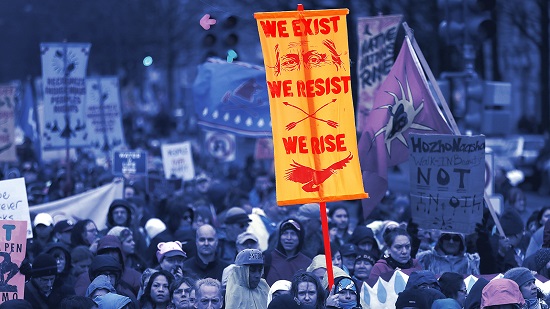 One year ago, we wondered what would happen after a man who called climate change a Chinese hoax was elected president of the United States.

Certainly, 2017 will be remembered for a series of cringe-worthy political appointments, disappointing regulatory repeals, and controversial executive actions — not to mention Trump’s decision to exit the Paris Agreement. But it was also a year that birthed a new band of scrappy resisters who fought the climate-change denying, regulation-repealing powers that be.

As a result, 2017 was actually a pretty impressive year for resistance — and here are some of the efforts that led that charge: