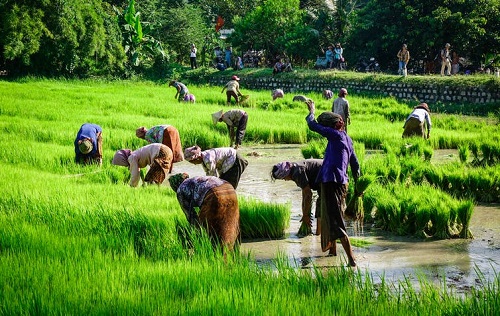 Below is a chronological listing of news articles posted on the Skeptical Science Facebook page during the past week.

Climate change is triggering a migrant crisis in Vietnam...

The Vietnamese Mekong Delta is one of Earth’s most agriculturally productive regions and is of global importance for its exports of rice, shrimp, and fruit. The 18m inhabitants of this low-lying river delta are also some of the world’s most vulnerable to climate change. Over the last ten years around 1.7m people have migrated out of its vast expanse of fields, rivers and canals while only 700,000 have arrived.

On a global level migration to urban areas remains as high as ever: one person in every 200moves from rural areas to the city every year. Against this backdrop it is difficult to attribute migration to individual causes, not least because it can be challenging to find people who have left a region in order to ask why they went and because every local context is unique. But the high net rate of migration away from Mekong Delta provinces is more than double the national average, and even higher in its most climate-vulnerable areas. This implies that there is something else – probably climate-related – going on here.