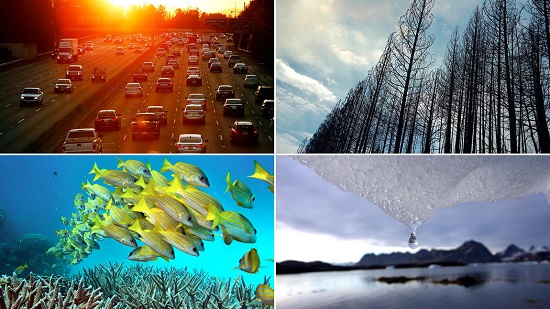 From extreme wildfires in the Western United States to melting ice sheets in Antarctica, the effects of rising temperatures on Earth have not gone unnoticed.

On Thursday, NASA and the National Oceanic and Atmospheric Administration announced 2017 was at least the third hottest year on record. The year 2016 holds the record as the hottest. Before that, the record was set in 2015. Before that, it was 2014.

Although the most severe consequences of this warming have yet to come — especially if greenhouse gas emissions remain at current levels — some of the effects have already been felt. Scientists, public health officials and even the Pentagon are watching with great concern. Here’s a look at some of those effects: