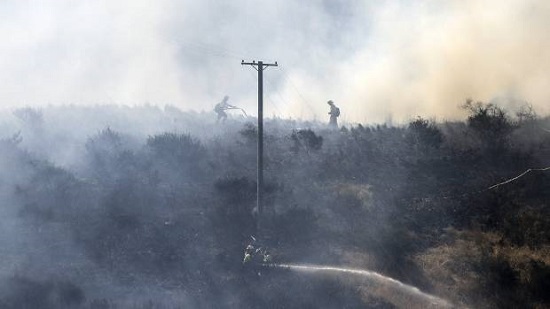 While the West Coast was being inundated, on the other side of the Alps, there were fires.  Photo: Iain McGregor/Stuff

Analysis: January 2018 was officially the hottest month ever recorded in New Zealand.

Niwa made the announcement on Friday afternoon, as communities on the West Coast were mopping  up the mess created by a powerful storm that descended over eroding coasts; as some in Dunedin settled into their homes after a sweeping fire while others in low-lying parts of the city clear up after yet another flood; as it was snowing in Cromwell during the hottest summer in many years, after a month where the mean air temperature was 3C warmer than usual, based on the country's century-old seven-station record.

Earlier in the week, the news was filled with fan shortages, wildfires and mountains shedding rock because of a lack of snow; at its end, it was 14C in parts of central Otago, multiple areas near Christchurch were on fire, and homes throughout the South Island had been damaged by the sea. An ominous super blood moon part way through the week, whilst unrelated, summed up the vibe: unsettled, bordering on Biblical.