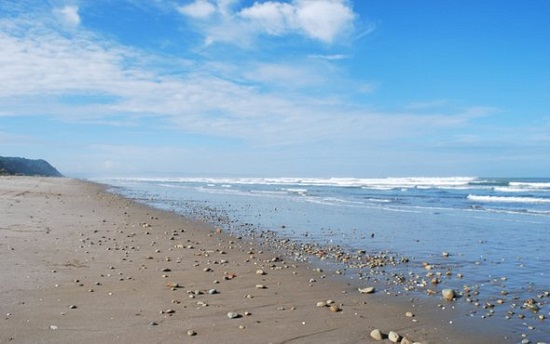 Seas Will Rise for 300 Years

And the longer it takes to reduce carbon emissions, the higher they will go...

It's a given of climate change that greenhouse gases emitted today will shape the world for future generations. But new research underscores just how long those effects will last.

A striking new study published yesterday in the journal Nature Communications suggests that sea-level rise—one of the biggest consequences of global warming—will still be happening 300 years from now, even if humans stop emitting greenhouse gases before the end of the current century.

What's more, the longer it takes to start reducing global emissions, the higher those future sea levels will be. The study suggests that for every additional five years it takes for emissions to peak and start falling—for instance, if emissions were to reach their maximum levels in the year 2030, as opposed to 2025—sea levels will rise an additional 8 inches by the year 2300.