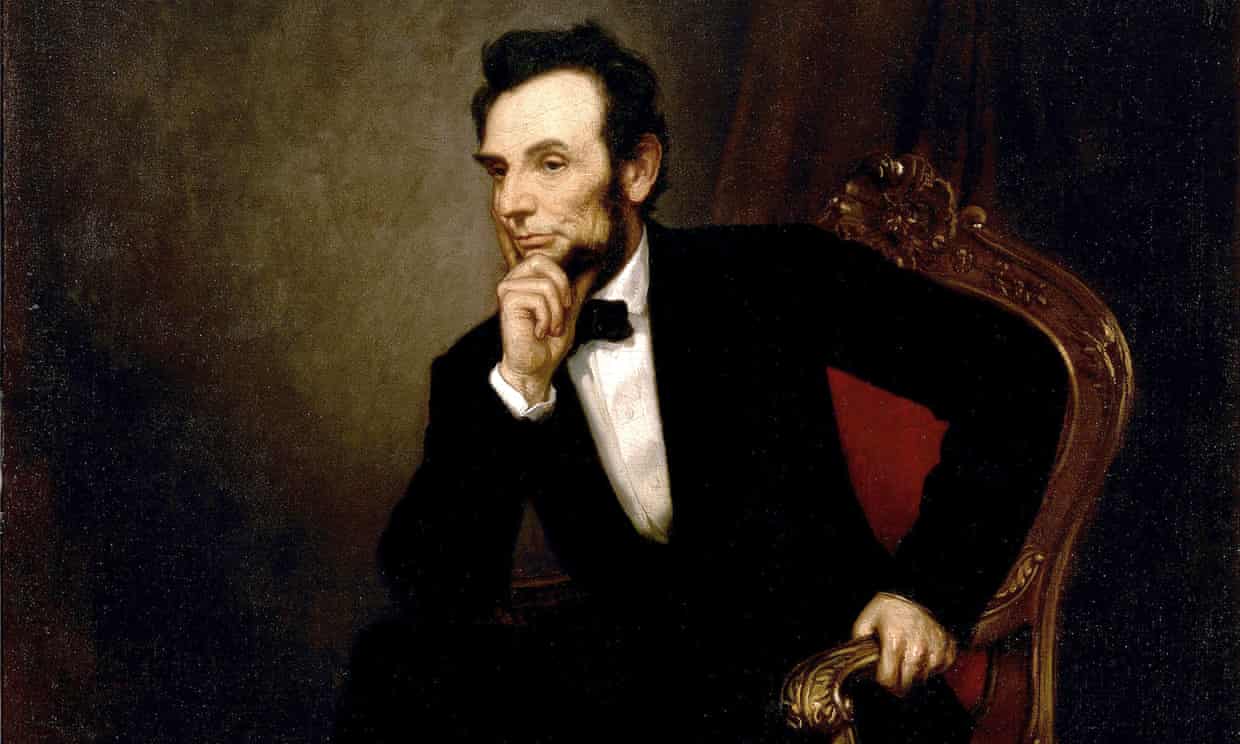 Official portrait of Abraham Lincoln, who created the National Academy of Sciences, 375 of whose members have effectively called out the Republican Party’s refusal to take climate change threats seriously. Photograph: GraphicaArtis/Getty Images

These facts are incontrovertible. No reputable scientist disputes them. It is the truth.

Despite these facts, the letter reports that the US presidential campaign has seen claims that the earth isn’t warming, or it is only a natural warming, or that climate change is a hoax. These claims are false. The claims are made by politicians or real estate developers with no scientific experience. These people who deny the reality of climate change are not scientists.

What is perhaps most sad is that the party of “fiscal conservatism” is leading us on a path that will result in higher economic and social costs for all of us.

What we don’t know is what the future will bring. Will the warming be gradual or sudden? Will ocean rise increase at a faster rate or not? Will we continue to see major ice shelf collapse? Increased droughts and heat waves? Will we be able to adapt?

A rational decision maker would take action to manage the risks from climate change. This threat is to our health, our communities, and our economies. A changing climate with warming seas and an acidifying ocean will cause real economic losses for our generation and for the future.

In the letter, the scientists venture deeper into politics than scientists are generally willing to tread. They describe the inane Republican platform and the foolish position of the Republican nominee Donald Trump. Basically, Trump wishes to scrap our environmental agreements, which have resulted in reductions to our own emissions as well as very strong agreements to reduce global warming through international agreements.

Despite the excellent work over the past 7 years, we have not seen the increase in energy prices that the denialists claimed would occur. Instead, we’ve seen huge reductions in the cost of wind, solar, and other renewable energy sources.

We were right, they were wrong. We can deliver reliable energy to the USA at a low cost, with less pollution.

We scientists have warned the country and the world about the dangers of climate change for decades. We are now seeing our predictions come true. There are no longer any reputable scientists who disagree that humans are the major factor changing the climate.

We have also seen that real action can be taken to reduce pollution. That action will not hurt our economy, rather it has built the new energy economy of the future.

Despite this progress, some people want to take us backwards in time – they want to undo our progress. For those who vote in anti-science politicians who attack the scientific experts rather than our pollution problem, your legacy will be the climate change that you could have helped prevent. Those voters will own climate change.

What will that conversation be like with your kids?