5 THINGS THAT MADE NO SENSE IN TRUMP’S BIG ENERGY SPEECH... 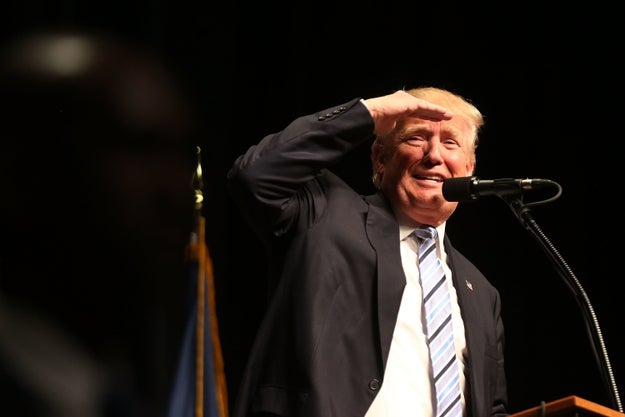 On Thursday, Donald Trump shared his views on America’s energy future in a North Dakota speech...

The presumptive Republican nominee for president, Donald Trump, said lots of fun things on Thursday about climate and energy.

Trump spoke at the North Dakota Petroleum Council conference in Bismarck, at a press conference and in a speech to oil industry executives.

Essentially, he argued that the Obama administration has put forth regulations and lawsuits aimed at stifling fossil fuels in the U.S. “Every single move he’s made has been to block production of oil and natural gas.”

Trump’s “America First” energy policy would largely dismantle safety and environmental regulations that he views as hobbling the U.S. economy, and promote coal and oil exploration, as well as nuclear, solar, and wind power.

Obama, incidentally, promised an “all of the above” energy policy doing the same thing in 2012, angering some of his allies in the environmental community with his support for fracking and offshore oil drilling.

But all that was forgotten on Thursday, when Trump exceeded the 1,237 nominating delegates (by one delegate) he needed to secure the 2016 Republican Party’s presidential nomination. His energy speech delivered some interesting moments, and plenty of pronouncements that made little sense:

1. Coal miners will go back to work, Trump said. That seems unlikely. 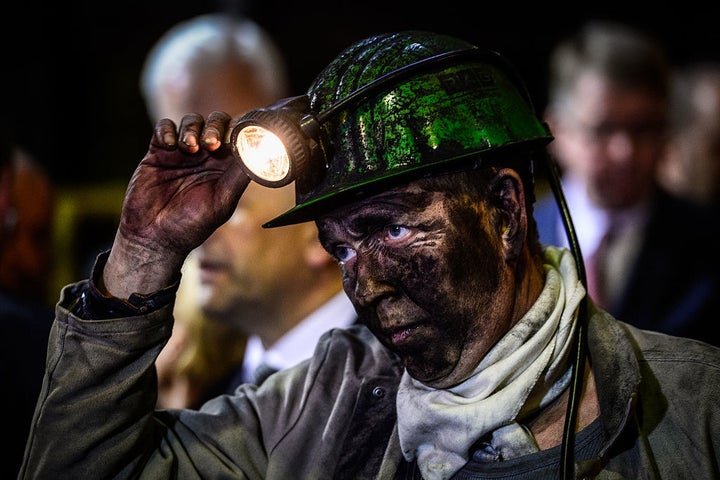 “Federal regulations put coal miners out of business,” he said.

Yeah, no. The real trouble is that natural gas is just cheaper than coal, with prices down 32% from last year, after a warm winter. And the power industry has already made a huge investment in newer, more efficient power plants that burn natural gas, while nobody is building coal plants.

Those fuel prices killed the coal industry, with one-time titans Arch Coal and Peabody Coal going bust in the last year. According to the U.S. Energy Information Administration (EIA), natural gas overtook coal this year as the top U.S. provider of energy because of the abundance of cheap, cleaner, natural gas. “Environmental regulations affecting power plants have played a secondary role in driving coal’s declining generation,” according to the EIA.

When asked whether he thought a president could fight market forces making gas cheap and coal costly, Trump demurred. “I love market forces,” he said. “Ultimately I think coal will be very inexpensive,” he added, once mining safety and inspection regulations are removed by his administration.

2. No, we actually can’t cancel the Paris Climate Agreement. 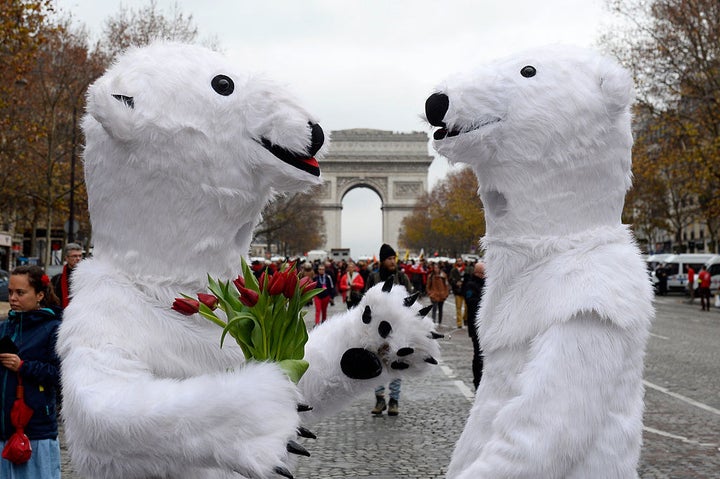 On Earth Day, April 22, 2015, world leaders from 175 nations signed the nonbinding Paris climate deal, committing themselves to limiting global average surface temperature increases below 3.6 degrees Fahrenheit by the turn of the century.

“Foreign bureaucrats will control what we’re doing,” Trump said of the treaty. “We’re going to cancel the Paris climate treaty.”

That’s crackers. “At best, it is a slogan,” David Victor of the University of California, San Diego, told BuzzFeed News. “But it is not a serious foreign policy strategy nor a viable option.”

The Paris deal is already done — signed and negotiated by nearly 200 countries, who can’t unilaterally reopen its accords for debate. If Trump tried to reopen negotiations, he would find himself talking to an empty room.

What’s more, the U.S., China, France, and a few other countries had essentially forced the “bottom-up” Paris approach, where nations would get to set their own course to cutting emissions, on the rest of the world. The whole point of the agreement was that countries get to figure out for themselves how to cut emissions, not foreign bureaucrats.

“To suggest that the deal be reopened displays a reckless disregard for the infeasibility of the option and also complete ignorance of the harm this would do to the reputation of the U.S. as a reliable partner,” Victor said.

3. No, a “flood of new jobs” won’t come from loosening environmental regulations. 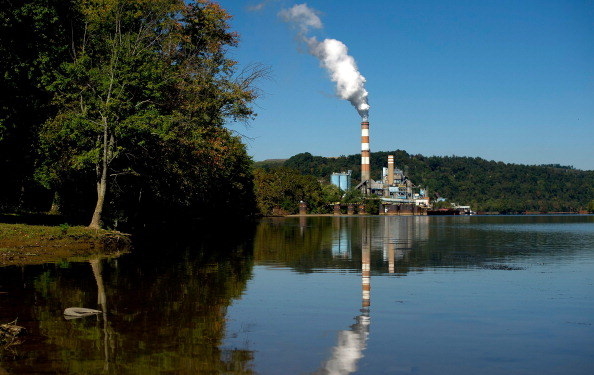 Don’t bet on it. Job estimates tied to new regulations are “a fantasy land,” Michael Livermore of the University of Virginia told BuzzFeed News last year.

A 2012 report found decades of misbegotten job-loss estimates from industry in the run-up to new regulations, and job gains from environmental advocates. In reality, things tend to even out in the big employment picture due to environmental regulations: Workers in one industry or region sometimes lose jobs after regulations take effect, while complementary industries hire more workers or environmental monitoring jobs open up.

“Environmental regulation is not a jobs program,” said Livermore, an author of the Institute for Policy Integrity report. 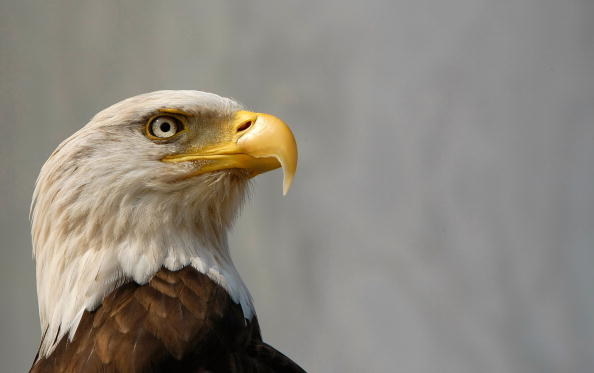 Though they do kill some. The Obama administration recently proposed a plan that would allow all industries combined to kill up to 4,200 eagles a year nationwide, in response to a federal judge nixing an earlier plan to allow these “takings.”

A 2013 study by U.S. Fish and Wildlife biologists found that 85 golden eagles and bald eagles had been killed by windmills from 1997 to 2012, and suggested the numbers might be substantially higher. Overall though, the FWS estimated in 2007 there were about 9,789 bald eagle nesting pairs in the lower 48 states. Their recovery is a success story of the Endangered Species Act, despite the wind industry.

Trump also complained that windmills are killing “millions” of birds (of all species), which is also a big exaggeration. Windmills seem to kill about 300,000 birds every year, according to a 2014 report. That’s a fraction of the 6.8 million killed every year by cell phone towers, or the 3.7 million possibly killed by cats.

The strangest thing that Trump said in his speech was “wind is very expensive.” In reality, windmills on land are one of the cheapest sources of electrical power, according to the EIA.

5. Trump promised we’re going to be energy independent. But we already are. 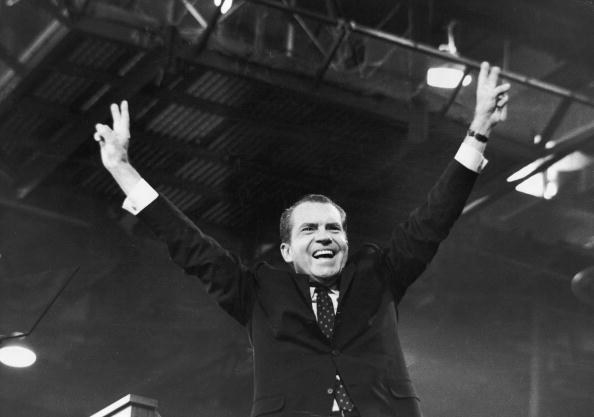 In Washington-speak, that’s code for not relying on imports of oil to keep people commuting to work in the morning. And for once, politicians’ promises seem to have come true, largely due to fracking and the tight oil boom, which reduced U.S. oil imports to 1973 ratios two years ago.

All this energy independence has a downside: It inspired Saudi Arabia and other OPEC nations to turn on the spigots and depress the price of oil. That has caused havoc for U.S. energy firms, with oilmen cheering oil hitting $50 a barrel for the first time in seven months nearly as lustily as they cheered for Trump at his speech.

If anyone is interested here is his full speech...

The Obama Administration proposed a plan that would allow all industries combined to kill up to 4,200 eagles per year nationwide. A previous version of this post incorrectly said the action was limited to the wind industry. May 27, 2016, at 10:00 a.m.

Dan Vergano
BuzzFeed News Reporter
source: https://www.buzzfeed.com/
original story HERE
To see our most current positions, opinions, comments, agreement or disagreement with this article, and/or possible criticisms related to the subjects or facts raised in the above article, click here.  Then look for those subjects in the navigation links at the top the page. To learn about more about global warming, climate change or greenhouse gases as well as the causes, consequences, solutions, definitions, facts and tipping points related to these subjects, click here.
To automatically be emailed a summary of the latest news on global warming, sign up for our Global Warming Blog by clicking here. (Put your email address in the Global Warming Blog Subscribe box at the bottom right of the page.)
To sign a critical petition for declaring a national and international global warming State of Emergency, click  here!