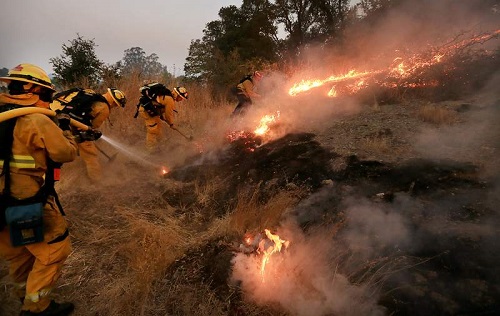 An army of firefighters with a larger aerial arsenal at their disposal held their ground and made some gains Saturday on devastating wildfires ravaging Wine Country, but evacuation orders that forced thousands from their homes before dawn and a rising death toll were clear reminders of the peril that still grips the region.

Northeast winds that arrived early Saturday whipped up a new fire in the hills outside eastern Santa Rosa, and spread an existing blaze outside Sonoma, prompting another round of nighttime evacuation orders.

Thousands of Santa Rosa residents were forced to leave — some for the second time since last Sunday — while others faced their first mandatory orders in Sonoma.

The task of a climate forecaster is to see the forest, and not get hung up on the individual trees. Especially that extra tall one over there, with the gnarl that looks like a face, and the low branches that would be so easy to climb, and… uh, right. My point is that we try to look beyond shorter-term weather to see longer-term monthly and seasonal patterns. After all, a particular winter can have several colder-than-average days and still be warmer than average overall.

Which brings me to the current situation in the tropical Pacific! The October ENSO forecast says La Niña conditions are favored during the fall and winter 2017-18, but at press time the ocean-atmosphere system didn’t quite meet the criteria for a La Niña Advisory. Specifically, while the atmosphere is generally consistent with La Niña, the sea surface temperature in the Niño3.4 region has been volatile, recently edging up close to average following several weeks near or below the La Niña threshold (0.5°C colder than average).

Is the overall pattern truly La Niña, with some short-term fluctuations temporarily obscuring the pattern? Or has the atmosphere-ocean system really not settled down into a consistent pattern at all? The difference between these two scenarios is subtle, and the ENSO forecast team is maintaining the La Niña Watch as we wait for a clearer picture. The forecast is for that picture to become clearer soon, with La Niña conditions 55-65% likely during this fall and winter. 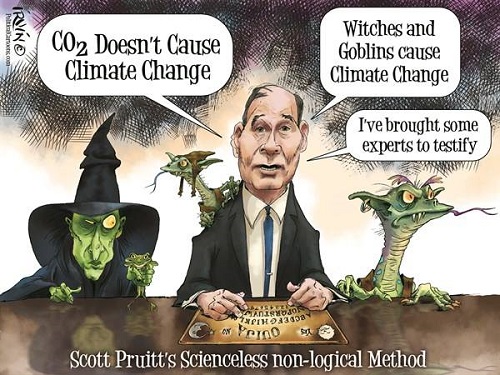 Graphic of the Week...

“Pruitt’s move to repeal the Clean Power Plan shouldn’t come as any surprise. He’s repeatedly partnered with fossil fuel companies to sue the EPA for regulating the industry’s air, water, and climate pollution. This kind of cronyism is exactly what happens when government agencies are captured by the corporations they’re supposed to oversee.

“According to Pruitt, this is just another way to even the playing field for coal, oil, and gas – but he knows as well as anyone that fossil fuels already get massive government giveaways. In fact, permanent tax breaks for the fossil fuel industry are seven times higher than those for renewable energy.

“The fight to curb the worst abuses of the fossil fuel energy industry won’t stop here. Federal legislation, the courts, and millions of voters have made it clear that the federal government is obligated to protect American workers and families from the deadly impacts of dirty energy, not hand polluters taxpayer dollars.” 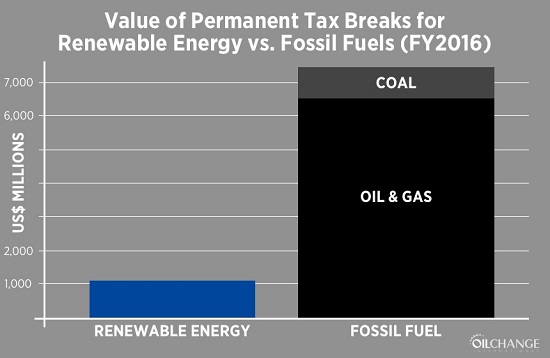 The Climate Literacy and Energy Awareness Network (CLEAN) Portal was launched in 2010 as a National Science Digital Library (NSDL) Pathways project. It is led by the science education expertise of TERC, the Cooperative Institute for Research in Environmental Science (CIRES) at the University of Colorado Boulder, and the Science Education Resource Center (SERC) at Carleton College. As of 2012, CLEAN has been syndicated to NOAA's climate.gov portal.

The three key components of the CLEAN project are:

2. Guidance in Teaching Climate and Energy Science – pages designed to help educators understand and be equipped to teach the big ideas in climate and energy science.

3. The CLEAN Network – a community of professionals committed to improving climate and energy literacy. 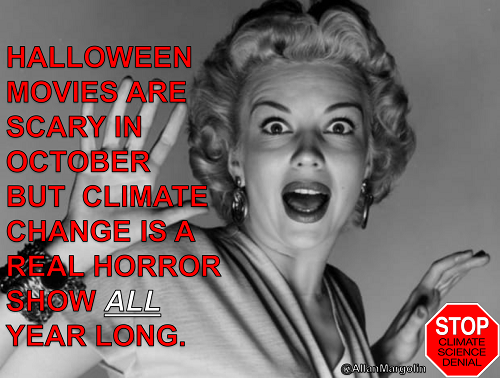 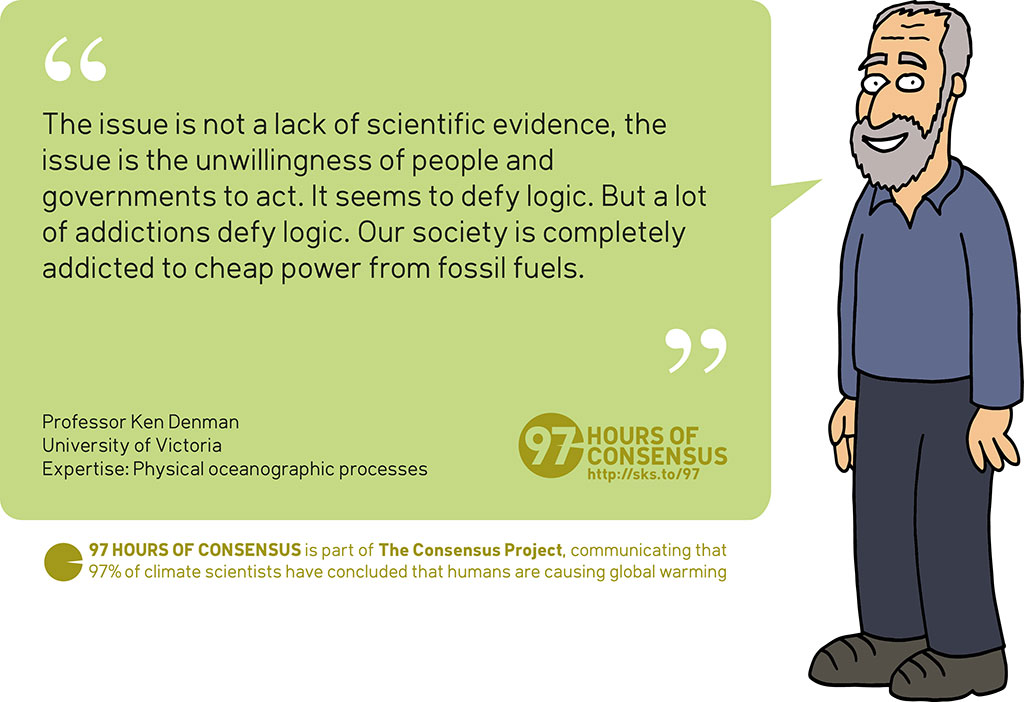 Quote derived with author's permission from:

"The issue is not a lack of scientific evidence, the issue is the unwillingness of people and governments to act. It seems to defy logic. But a lot of addictions defy logic. Our society is completely addicted to cheap power."