Reynaldo Charles and Ezequiel Hudson talk with Eliécer Quesada (left to right) about the state of the breakwater on which they are standing. This is the part where the waves reach closest to the houses, and at high tide the water crosses over the new bicycle lane and the street and reaches the homes, in the town of Cienaguita on Costa Rica’s Caribbean coast. Credit: Diego Arguedas/IPS

Costa Rican Town Fears That the Sea Will Steal Its Shiny New Face...

Two years have gone by since the new government initiative which subsidises community works changed the face with which the coastal town of Cienaguita, on Costa Rica’s Caribbean coast, looks out to the sea.

In place of a battered path between the beach and the first houses, the investment allowed the construction of a paved coastal street with a bicycle lane, playgrounds for children and a sports space where groups of young people exercise around mid-morning, since March 2015.

“The boulevard has brought about a 180-degree change in this part of the community,” 67-year-old community leader Ezequiel Hudson told IPS about the new recreational spaces available to the 5,400 inhabitants of this town next to the city of Puerto Limón, in the centre of the country’s Caribbean coast.

However, the 2.5 million-dollar investment is threatened by coastal erosion and the rise in the level of water in the sea, which occasionally floods the new street.

Local residents of Cienaguita are worried about the effects that climate change may have on their town.

Scott Pruitt, the administrator of the Environmental Protection Agency (EPA), is under investigation by his own agency for misstating the basic scientific consensus on human-caused global warming.

Turns out that providing misguiding scientific information to the public isn’t a cool thing to do, after all — even in the Trump administration.

EPA administrator Scott Pruitt is fast becoming one of the most controversial of President Donald Trump’s cabinet picks. He is leading the push to unravel the Obama administration’s landmark climate change policies while overseeing a historic downsizing of the agency he runs.

But Pruitt may have crossed a legal line when, during an interview on March 9 with CNBC’s “Squawk Box” morning show, he denied the reality of human-caused climate change, contradicting findings published on his own agency’s website. 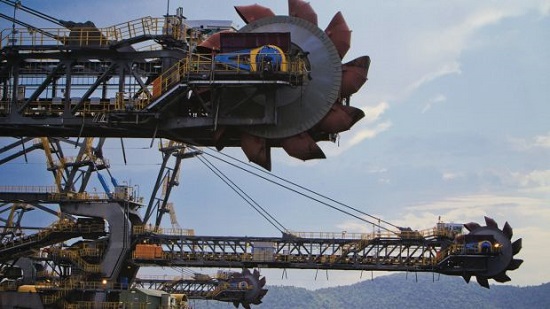 The proposed Adani coal mine, which will be Australia's biggest, has been granted unlimited access to groundwater by the Queensland government in a move farmers fear will drain huge amounts of water from the Great Artesian Basin.

According to a copy of Adani's water licence signed last Wednesday and obtained by Fairfax Media, the $16 billion Carmichael mine merely needs to monitor and report the amount of water it extracts under a permit that runs until 2077.

The mine – one of nine proposed for the Galilee Basin west of Rockhampton – can conduct its own review of its groundwater model without independent or government oversight.

There are also no impact levels specified that will trigger a halt to mining, and the company is able to offset any significant water loss elsewhere, the licence shows.

Parts of the Arctic Ocean are Turning Into the Atlantic

The Arctic is undergoing an astonishingly rapid transition as climate change overwhelms the region.

New research sheds light on the latest example of the changes afoot, showing that parts of the Arctic Ocean are becoming more like the Atlantic. Warm waters are streaming into the ocean north of Scandinavia and Russia, altering ocean productivity and chemistry. That’s making sea ice recede and kickstarting a feedback loop that could make summer ice a thing of the past.

“2015 was a really anomalous year when we had problems finding a suitable ice flow to launch our drifting buoys,” Igor Polyakov, an oceanographer at the University of Alaska who led the new study, said. “(There was) nothing like that in the past, and it became a motivation to our analysis: why was ice in 2015 so rotten? What drives this huge change?”

The findings published in Science on Thursday, show that while warming air has a role to play, processes are playing out in the ocean itself that are fundamentally altering the region.

Parts of the Arctic Ocean are Turning Into the Atlantic by Brian Kahn, Climate Central, Apr 6, 2017 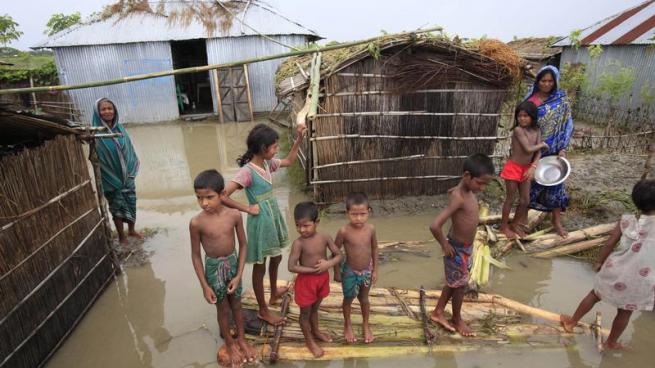 Children stand on a makeshift banana plant raft in front of their house at a flooded village in Kurigram (Bablaesh) in this 2012 archive photo. REUTERS/Andrew Biraj