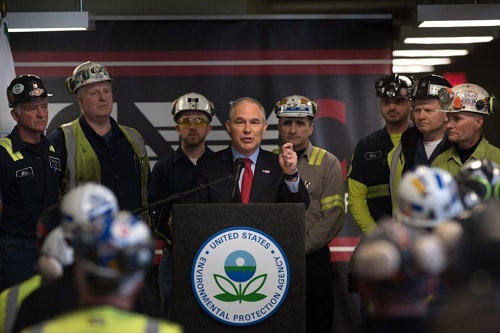 In a sign of growing tensions between scientists and the Trump administration, researchers published a scientific paper Wednesday that was conceived and written as an explicit refutation to an assertion by Environmental Protection Agency Administrator Scott Pruitt about climate change.

The study, in the journal Nature Scientific Reports, sets up a direct test of a claim by Pruitt, made in written Senate comments following his confirmation hearing, that “over the past two decades satellite data indicates there has been a leveling off of warming.”

After reviewing temperature trends contained in three satellite data sets going back to 1979, the paper concludes that the data sets show a global warming trend — and that Pruitt was incorrect.

Above-Normal Atlantic Hurricane Season is Most Likely This Year: NOAA 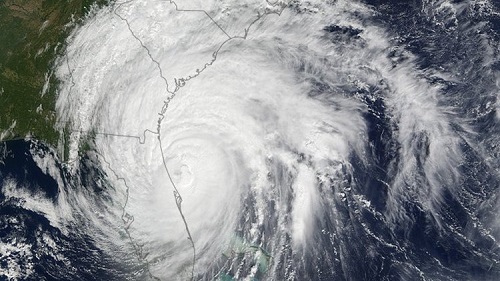 Hurricane Matthew, the strongest Atlantic hurricane of 2016, as seen on September 30, 2016, when it was rapidly intensifying into the first Category 5 storm observed in the Atlantic since 2007.

Residents living in Hurricane Alley need to prepare for what may be another busy Atlantic hurricane season. In its first outlook for 2017, issued Thursday, NOAA’s Climate Prediction Center predicted a 45% chance for an above-normal Atlantic hurricane season, a 35% chance for a near-normal season and a 20% chance for a below-normal season. NOAA gave a 70 percent likelihood of 11 - 17 named storms, 5 - 9 hurricanes,  2 - 4 major hurricanes (Category 3 or higher on the Saffir-Simpson Hurricane Wind Scale) and an Accumulated Cyclone Energy (ACE) 75%-155% of the median. These numbers include Tropical Storm Arlene, which developed in April over the northeast Atlantic. If we take the midpoint of these ranges, NOAA called for 14 named storms, 7 hurricanes and 3 major hurricanes. This is above the 1981-2010 seasonal averages of 12 named storms, 6 hurricanes and 3 major hurricanes.

Above-Normal Atlantic Hurricane Season is Most Likely This Year: NOAA by Jeff Masters, WeatherUnderground, May 25, 2017

About John Cook...
Skeptical Science was created and maintained by John Cook, a research assistant professor at the Center for Climate Change Communication at George Mason University. John co-authored the college textbooks Climate Change: Examining the Facts with Weber State University professor Daniel Bedford. He was also a coauthor of the textbook Climate Change Science: A Modern Synthesis and the book Climate Change Denial: Heads in the Sand. In 2013, he lead-authored an award-winning paper analyzing the scientific consensus on climate change that has been highlighted by President Obama and UK Prime Minister David Cameron. In 2015, he developed a Massive Open Online Course on climate science denial with the Global Change Institute at the University of Queensland (see a full list of his scholarly publications). There is no funding to maintain Skeptical Science other than Paypal donations - it's run at personal expense. John Cook has no affiliations with any political organisations or groups. Skeptical Science is strictly a labour of love. The design was created by John's talented web designer wife.