A recent paper in Reviews of Geophysics describes the atmospheric and oceanic processes that are causing ice loss in the Antarctic. 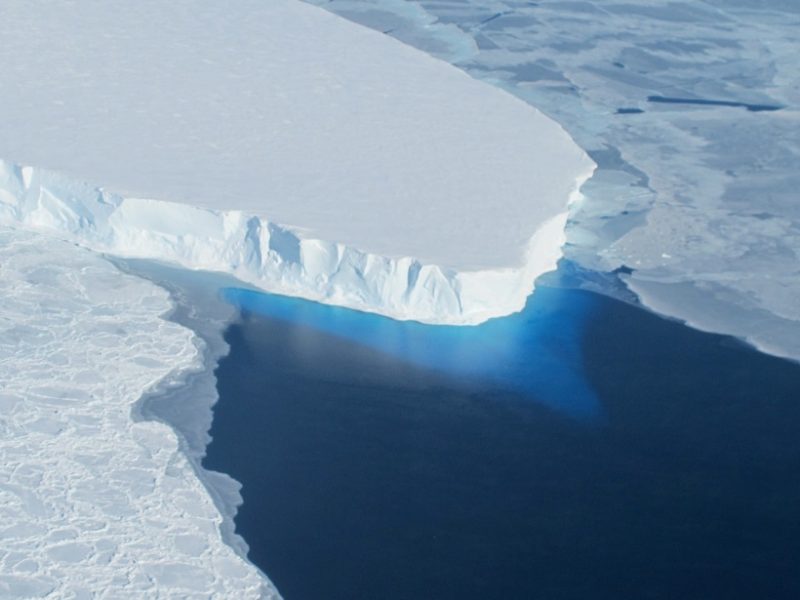 Thwaites Glacier flows out into the Amundsen Sea Embayment where it floats on the seawater. The underside is being melted by relatively warm water. Credit: NASA

The vast Antarctic ice sheet contains about 30 million cubic kilometers of ice, which is 90% of the Earth’s freshwater ice. If it were all to melt, it would increase sea level by about 70 meters. Fortunately, surface temperatures across most of the continent stay well below freezing all year round so there is virtually no ice loss through surface melt. Instead, most of the ice loss is through iceberg calving and ocean-induced melting from the under-side of ice shelves.

One area that scientists are keeping a close eye on is the Amundsen Sea Embayment to the west of the Antarctic Peninsula. Here the ice is being melted from below by warm ocean waters at a greater rate than ice is added through snow accumulation, and this region is currently contributing about a tenth of current global sea level rise. A review article recently published in Reviews of Geophysics examined the complex atmospheric and oceanic factors that control the delivery of warm waters to the sub-ice region of West Antarctica and considered the potential for ice loss in the future. The editors asked two of the authors to give an overview of scientific research in this area.