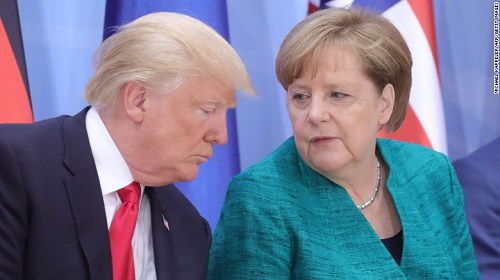 German Chancellor Angela Merkel closed the G20 summit in Hamburg with a rebuke to President Donald Trump's stance on climate change, but the group of the world's economic leaders appeared to make a concession on his protectionist trade policies.

Officials had been at an impasse over an increasingly isolationist United States and Trump's climate change and trade policies for most of the summit, and Merkel made it clear the United States had made talks difficult.

"Unfortunately — and I deplore this — the United States of America left the climate agreement, or rather announced their intention of doing this," Merkel said as she closed the summit and presented a G20 declaration.