The Planet Is Warming. And It's Okay to Be Afraid... 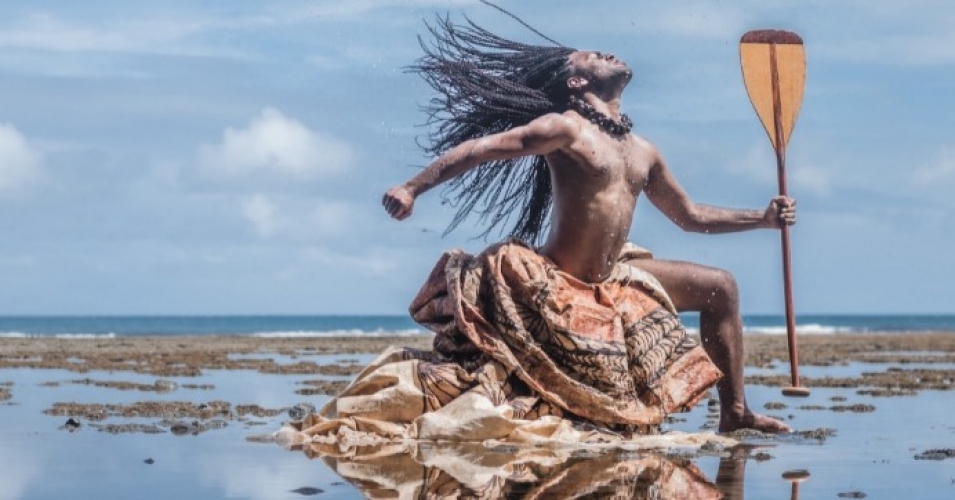 Climate warriors from around the world, like those facing rising seas in the Pacific islands, have turned the fear of lost homes and future devastation into the courage to confront the most powerful industries on the planet. (Image: via 350.org/Medium)

Why being fearful can be part of a healthy, heroic response to the climate crisis...

Last Week, David Wallace-Wells wrote a cover story for of New York Magazine, "The Uninhabitable Earth," on some of the worst-case scenarios that the climate crisis could cause by the end of this century. It describes killer heat waves, crippling agricultural failures, devastated economies, plagues, resource wars, and more. It has been read more than two million times.

The article has caused a major controversy in the climate community, in part because of some factual errors in the piece—though by and large the piece is an accurate portrayal of worst-case climate catastrophe scenarios. But by far the most significant criticism the piece received was that it was too frightening.

"Importantly, fear does not motivate, and appealing to it is often counter-productive as it tends to distance people from the problem, leading them to disengage, doubt and even dismiss it," wrote  Michael Mann, Susan Joy Hassol and Tom Toles at the Washington Post.

Erich Holthaus tweeted about the consequences of the piece:

"A widely-read piece like this that is not suitably grounded in fact may provoke unnecessary panic and anxiety among readers."

"And that has real-world consequences. My twitter feed has been filled w people who, after reading DWW's piece, have felt deep anxiety."

"There are people who say they are now considering not having kids, partly because of this. People are losing sleep, reevaluating their lives."

While I think both Mann and Holthaus are brilliant scientists who identified some factual problems in the article, I strongly disagree with their statements about the role of emotions—namely, fear—in climate communications and politics. I am also skeptical of whether climate scientists should be treated as national arbiters of psychological or political questions, in general. I would like to offer my thoughts as a clinical psychologist, and as the founder and director of The Climate Mobilization.

Much of the climate movement seems to suffer from affect phobia, which is probably not surprising given that scientific culture aspires to be purely rational, free of emotional influence. Further, the feelings involved in processing the climate crisis—fear, grief, anger, guilt, and helplessness—can be overwhelming. But that doesn’t mean we should try to avoid "making" people feel such things. Experiencing them is a normal, healthy, necessary part of coming to terms with the climate crisis. I agree with David Roberts that it is OK, indeed imperative, to tell the whole, frightening story. As I argued in a 2015 essay, The Transformative Power of Climate Truth, it's the job of those of us trying to protect humanity and restore a safe climate to tell the truth about the climate crisis and help people process and channel their own feelings—not to preemptively try to manage and constrain those feelings.

Holthaus writes of people feeling deep anxiety, losing sleep, re-considering their lives due to the article… but this is actually a good thing. Those people are coming out of the trance of denial and starting to confront the reality of our existential emergency. I hope that every single American, every single human experiences such a crisis of conscience. It is the first step to taking substantial action. Our job is not to protect people from the truth or the feelings that accompany it—it’s to protect them from the climate crisis.

I know many of you have been losing sleep and reconsidering your lives in light of the climate crisis for years. We at The Climate Mobilization sure have. TCM exists to make it possible for people to turn that fear into intense dedication and focused action towards a restoring a safe climate.

In my paper, Leading the Public into Emergency Mode—a New Strategy for the Climate Movement, I argue that intense, but not paralyzing, fear combined with maximum hope can actually lead people and groups into a state of peak performance. We can rise to the challenge of our time and dedicate ourselves to become heroic messengers and change-makers.

I do agree with the critique, made by Alex Steffen among others, that dire discussions of the climate crisis should be accompanied with a discussion of solutions. But these solutions have to be up to the task of saving civilization and the natural world.  As we know, the only solution that offers effective protection is a maximal intensity effort, grounded in justice, that brings the United States to carbon negative in 10 years or less and begins to remove all the excess carbon from the atmosphere. That's the magic combination for motivating people: telling the truth about the scale of the crisis and the solution.

In Los Angeles, our ally City Councilmember Paul Koretz is advocating a WWII-scale mobilization of Los Angeles to make it carbon neutral by 2025. He understands and talks about the horrific dangers of the climate crisis and is calling for heroic action to counter them. Local activists and community groups are inspired by his challenge.

Columnist Joe Romm noted, we aren't doomed—we are choosing to be doomed by failing to respond adequately to the emergency, which would of course entail initiating a WWII-scale response to the climate emergency. Our Victory Plan lays out what policies would look like that, if implemented, would actually protect billions of people and millions of species from decimation. They include: 1) An immediate ban on new fossil fuel infrastructure and a scheduled shut down of all fossil fuels in 10 years; 2) massive government investment in renewables; 3) overhauling our agricultural system to make it a huge carbon sink; 4) fair-shares rationing to reduce demand; 5) A federally-financed job guarantee to eliminate unemployment 6) a 100% marginal tax on income above $500,000.

Gradualist half measures, such as a gradually phased-in carbon tax or cap-and-trade system, that seem "politically realistic" but have no hope of actually restoring a safe climate, are not adequate to channel people's fear into productive action.

We know what is physically and morally necessary. It's our job—as members of the climate emergency movement—to make that politically possible. This will not be easy, emotionally or otherwise. It will take heroic levels of dedication from ordinary people. We hope you join us.

The Planet Is Warming. And It's Okay to Be Afraid by Margaret Klein Salamon, Common Dreams, July 17, 2017

This work is licensed under a Creative Commons Attribution-Share Alike 3.0 License

Margaret Klein Salamon, Phd is co-founder and director of Climate Mobilization. Klein earned her doctorate in clinical psychology from Adelphi University and also holds a BA in Social Anthropology from Harvard. Though she loved being a therapist, Margaret felt called to apply her psychological and anthropological knowledge to solving climate change. Follow her and Climate Mobilization on Twitter: @ClimatePsych /@MobilizeClimate