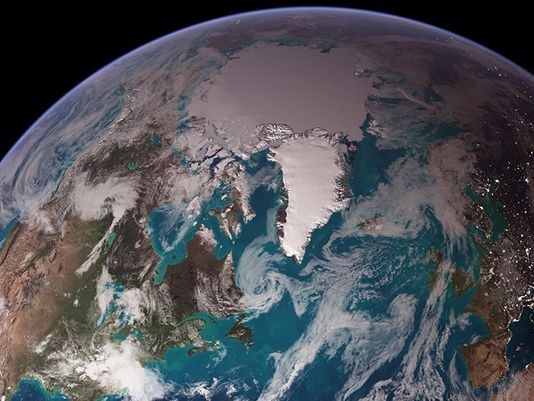 NOAA confirms 2016 as hottest year on record for the planet...

The federal government confirmed 2016 as the planet's warmest year on record, according to a report released Thursday by the National Oceanic and Atmospheric Administration.

While El Niño is a natural warming of Pacific Ocean water, man-made global warming is caused by greenhouse gases released into the atmosphere from the burning of fossil fuels such as oil, gas and coal.

The amount of carbon dioxide, one of the main greenhouse gases, in the atmosphere climbed to its highest level in 800,000 years, the report found.

The report also noted other signs of a warming planet in 2016:

Known as the State of the Climate, the annual report is prepared by more than 450 scientists from more than 60 countries around the world and published in conjunction with the American Meteorological Society. It's the most comprehensive annual summary of Earth's climate.