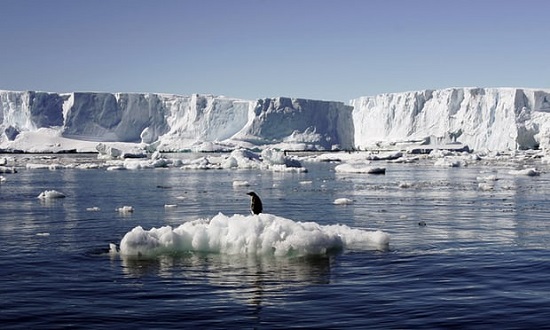 Antarctic sea has a species-rich environment but global warming could make some species dominant with devastating implications for marine life. Photograph: STAFF/Reuters

Marine life on the Antarctic seabed is likely to be far more affected by global warming than previously thought, say scientists who have conducted the most sophisticated study to date of heating impacts in the species-rich environment.

Growth rates of some fauna doubled – including colonising moss animals and undersea worms – following a 1C increase in temperature, making them more dominant, pushing out other species and reducing overall levels of biodiversity, according to the study published on Thursday in Current Biology.

The researchers who conducted the nine-month experiment in the Bellingshuan Sea say this could have alarming implications for marine life across the globe as temperatures rise over the coming decades as a result of manmade greenhouse gases in the atmosphere.

Gail Ashton of the British Antarctic Survey and Smithsonian Environmental Research Center said she was not expecting such a significant difference. “The loss of biodiversity is very concerning. This is an indication of what may happen elsewhere with greater warning.”

Posted on 2 September 2017 by John Hartz