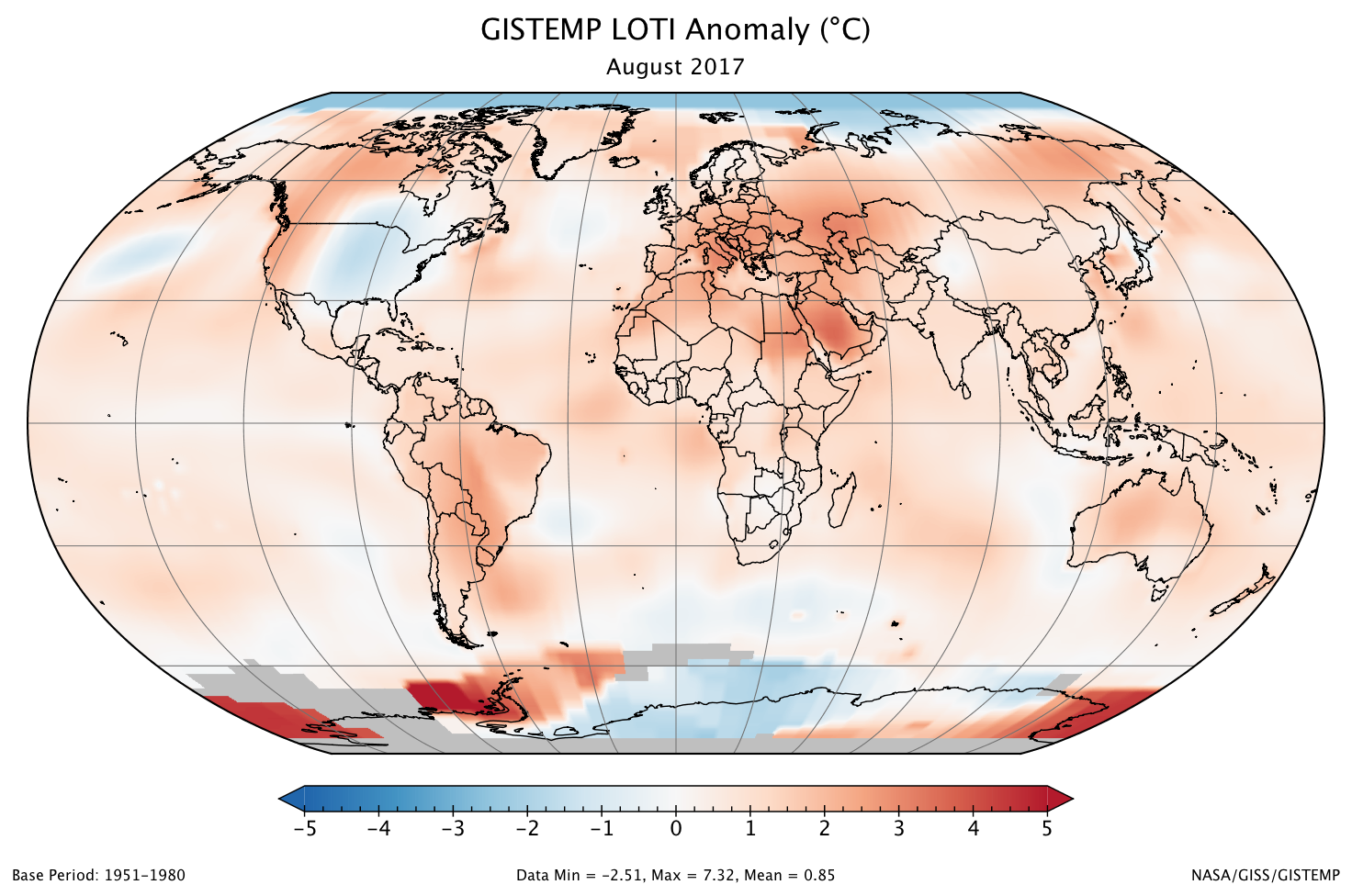 A global map of the August 2017 LOTI (land-ocean temperature index) anomaly, relative to the 1951-1980 August average. Part of Antarctica is gray because data from some stations there were not yet available at the time of this posting.

August 2017 was second warmest on record

August 2017 was the second warmest August in 137 years of modern record-keeping, according to a monthly analysis of global temperatures by scientists at NASA's Goddard Institute for Space Studies (GISS) in New York.

The measured value is consistent with the trend in global average surface temperatures that has been observed during the past few decades. Last month was +0.85 degrees Celsius warmer than the mean August temperature from 1951-1980.

The monthly analysis by the GISS team is assembled from publicly available data acquired by about 6,300 meteorological stations around the world, ship- and buoy-based instruments measuring sea surface temperature, and Antarctic research stations.

The modern global temperature record begins around 1880 because previous observations didn't cover enough of the planet. Monthly analyses are sometimes updated when additional data becomes available, and the results are subject to change.