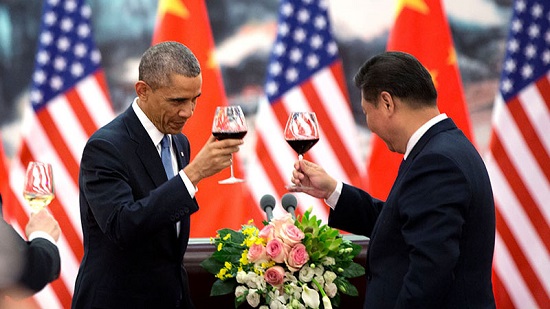 US and Chinese presidents Barack Obama and Xi Jinping found common ground on climate change after the US announced the clean power plan (Pic: White House/Flickr)

International concern as US moves to end clean power plan...

News that the Trump administration will move to repeal and replace the clean power plan (CPP) – a major initiative to cut emissions from the US electricity sector – has been met with concern overseas.

On Wednesday, the Reuters news agency reported on a document leaked from the Environment Protection Agency (EPA) outlining a plan to scrap the Obama-era measure.

It also called for input on a replacement policy that would reduce carbon emissions in fossil fuel power plants. Industry is reportedly lobbying for a weaker rule.

The policy underpinned the US commitment to the Paris Agreement, which Donald Trump says he wants to leave. It would also have had a real impact on the amount of carbon dioxide going into the atmosphere. By 2030, the clean power plan would have reduced power plant emissions in the world’s second biggest polluter by 32% below 2005 levels.