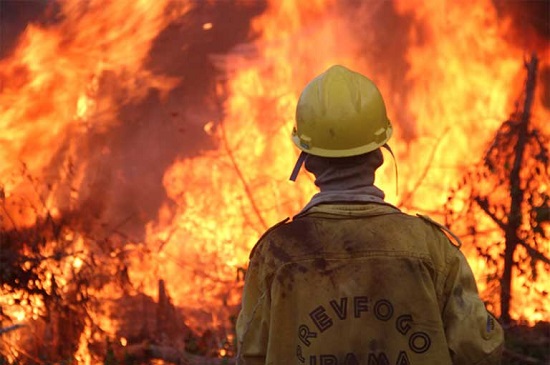 If climate change continues to worsen unchecked, and forest degradation continues unabated, then unstoppable Amazon mega-fires could be seen in this century; such fires would greatly increase the release of carbon into the atmosphere worsening climate change. Photo courtesy of IBAMA