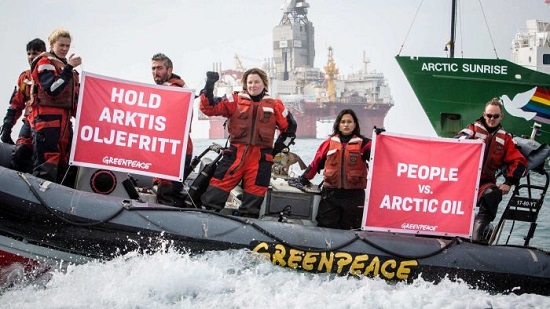 Should a healthy environment be a human right? These Norwegians think so...

Greenpeace and the environmental group Youth and Nature are suing the Norwegian Government for granting Arctic oil drilling licenses...

Their argument is based on an article in the Norwegian constitution protecting the right to an environment that’s healthy and that long-term consideration be given to digging up natural resources.

"We had challenged the Norwegian state for handing out new licenses for drilling in the arctic in spite of the fact that they have signed the Paris Agreement," he said on his way to court.

"They acknowledge climate change is a problem, and they know that the world has already found more carbon, fossil carbon, than we can ever afford to burn."

He said Norway's constitution gives future generations the right to a healthy environment.

"[That] puts duties on the state to guarantee and safeguard those rights."

Brendan Sydes, lawyer and CEO of Environmental Justice Australia, says the strategy used by Greenpeace goes to a country’s legal foundation, instead of working with a country's environmental regulations.

Should a healthy environment be a human right? These Norwegians think so by Courtney Carthy, ABC News (Australia), Nov 23, 2017