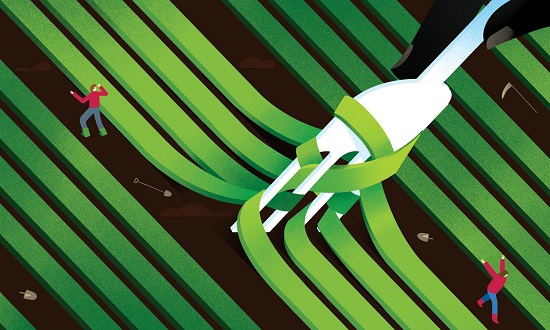 Mass starvation is humanity’s fate if we keep flogging the land to death...

The Earth cannot accommodate our need and greed for food. We must change our diet before it’s too late...

Brexit; the crushing of democracy by billionaires; the next financial crash; a rogue US president: none of them keeps me awake at night. This is not because I don’t care – I care very much. It’s only because I have a bigger question on my mind. Where is all the food going to come from?

By the middle of this century there will be two or three billion more people on Earth. Any one of the issues I am about to list could help precipitate mass starvation. And this is before you consider how they might interact.

The trouble begins where everything begins: with soil. The UN’s famous projection that, at current rates of soil loss, the world has 60 years of harvests left, appears to be supported by a new set of figures. Partly as a result of soil degradation, yields are already declining on 20% of the world’s croplands.

Mass starvation is humanity’s fate if we keep flogging the land to death, Opinion by George Monbiot, Guardian, Dec 11, 2017