"A SENSE OF DESPAIR": THE MENTAL HEALTH COST OF UNCHECKED CLIMATE CHANGE... 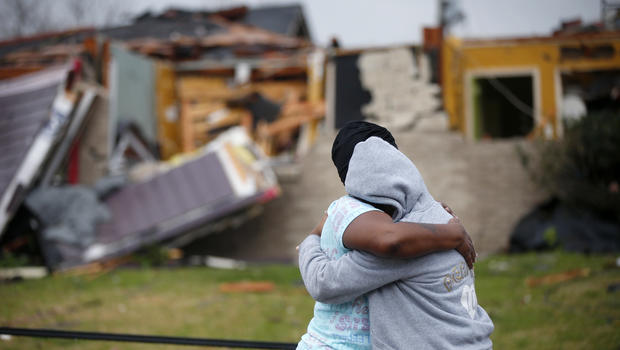 Climate change is taking an obvious physical toll on earth: from depleted farmland to the rise of toxic pollution to the degradation of long-stable ecosystems to the disappearance of biodiversity and endangered species...

But looking beyond the physical, experts are also trying to sound the alarm about the quieter, more insidious effects of climate change: namely, that global warming is threatening the emotional health of humans worldwide.

“We see a sense of despair that sets in as inevitably Mother Nature, who we think of as our nurturing force, tells us we’re not going to be able to survive the conditions she’s set for us,” Dr. Lise Van Susteran, a practicing psychiatrist and expert on the dangers of climate change on mental health, told CBS News.

Dr. Van Susteran presented on this topic earlier this month at the Climate & Health Meeting in Atlanta, a conference that looked at climate change through the lens of public health. Former Vice President Al Gore organized the meeting when, days before President Trump’s inauguration, a long-planned Centers for Disease Control and Prevention (CDC) summit on the topic was abruptly cancelled.

Study after study shows that climate change has led to an increased burden of psychological disease and injury worldwide, particularly in developing countries.

What’s behind this link? For starters, climate change has normalized extreme weather events. These events, including floods, tornadoes, fires, drought, and sea level rise, are known to trigger mental health problems including post-traumatic stress disorder, anxiety, depression, the abuse of alcohol and drugs, and more.

Extreme weather has a particularly disturbing link to increased aggression. In 2013, researchers from Princeton University and the University of California-Berkeley found that even slight spikes in temperature and precipitation have increased the risk of personal violence and social upheaval throughout human history. 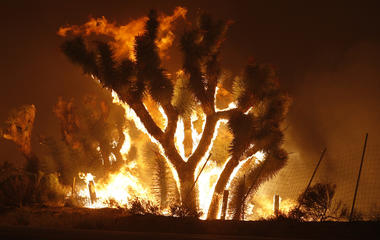 The researchers found that just one standard-deviation shift in heat or rainfall increases the risk of a riot, civil war or ethnic conflict by an average of about 14 percent. A similarly sized uptick in heat or rain triggers a 4 percent increase in person-on-person violence like rape, murder and assault.

With projections that the Earth may warm between three and four degrees Fahrenheit by 2050, the researchers warned that climate change is almost certainly the precursor to more human conflict in the near future.

Global warming is a particularly corrosive force in some farming economies, where overheating, unpredictable weather, new invasive species, and land losses are sinking communities into extreme poverty and creating a breeding ground for violent conflict.

For millions, the effects of climate change are so severe that leaving home is the only option for survival. Thirty-two million people fled their homes because of extreme weather in 2012 alone, according to the United Nations.

Escaping hazards ranging from mudslides to drought, climate refugees add more stress to an already dire refugee situation worldwide. According to the UN, the world is currently witnessing the highest levels of displacement on record.

Problems can affect anyone, anywhere 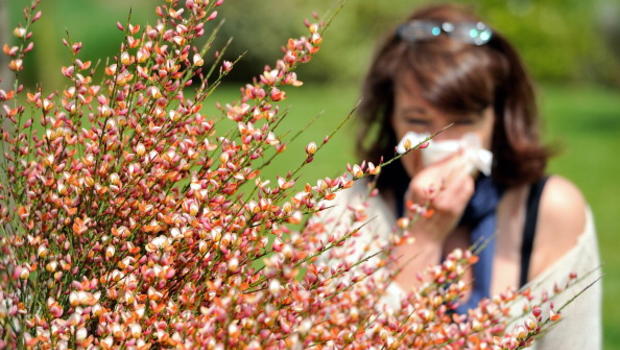 Photos: 8 health risks that could get worse with climate change...

“Climate anxiety” can cripple individuals regardless of their geography, privilege, or vulnerability to the effects of climate change, Dr. Van Susteran said. Joining with other mental health professionals, she is one of the founders behind the Climate Psych Alliance, a new coalition trying to raise awareness about the links between climate change and clinical trauma.

“You can see how desperate, angry, despairing people are,” she said. “It’s a legitimate response to what people see as inaction, intentional inaction... Whether we know it or not, whether you accept it or not, everyone experiences climate anxiety.”

Seen through a certain lens, inaction on global warming meets the criteria of child abuse for future generations, she said.

“When children believe their parents didn’t do something right, or did something wrong, they spend a whole lifetime feeling abandoned. What in the world are future generations going to think or feel when they know that action could have been taken?”

In the age of an unstable climate, the link between natural disasters and psychological trauma is “under-examined, underestimated and not adequately monitored,” Italian researchers assessed in a January study in the journal Occupational and Environmental Medicine. That research gap is particularly worrisome in Africa, German researchers said in a paper published last year.

Climate change is often the hidden catalyst — the fuel behind war, displacement and collapsed economies that doesn’t make it into the headlines.

“In times of peril and scarcity, people regress,” she said. “They turn to what they perceive as strong leaders to protect them, and are willing to give up their freedoms and values in exchange for perceived security.”