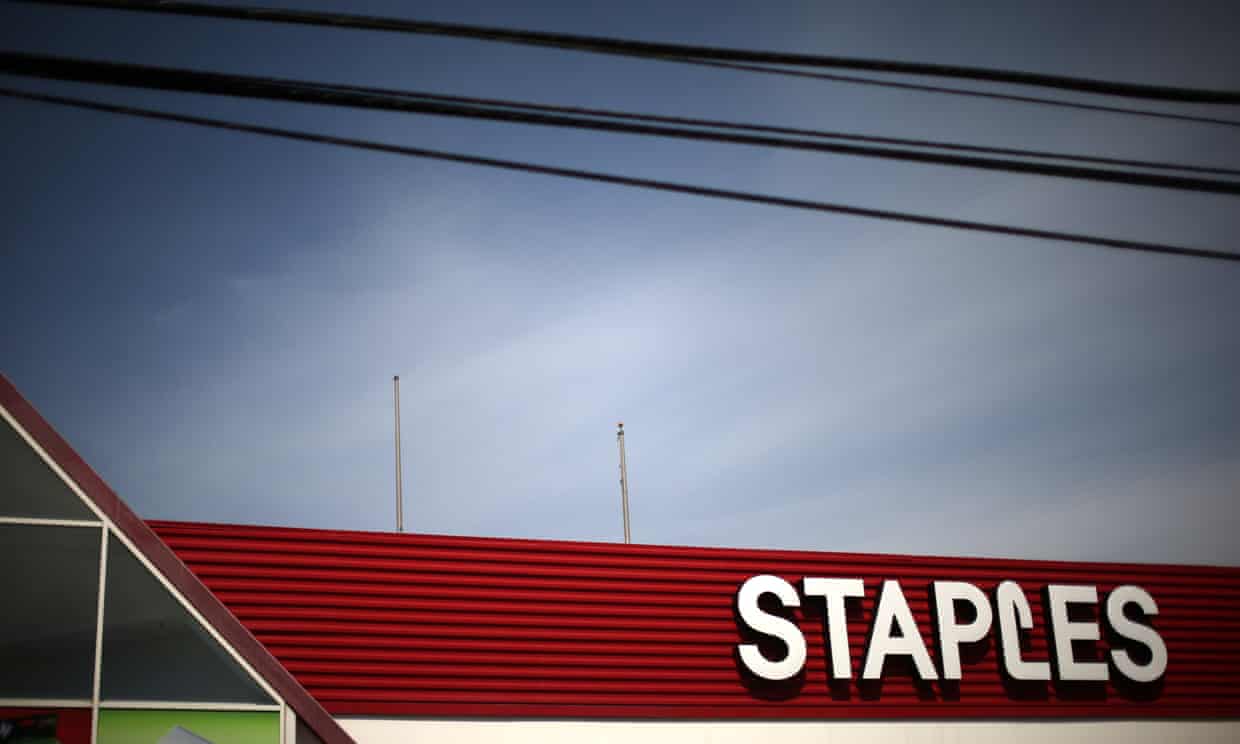 ‘We will continue to support the EPA’s clean power plan,’ says the vice-president of environmental affairs at Staples. Photograph: Lucy Nicholson/Reuters

Mars Inc, Staples, The Gap and others speak out against Trump’s sweeping executive order that begins to dismantle Obama’s Clean Power Plan...

In 2015, when Barack Obama signed the nation’s clean power plan, more than 300 companies came out in support, calling the guidelines “critical for moving our country toward a clean energy economy”. Now, as Donald Trump moves to strip those laws away, Mars Inc, Staples and The Gap are just a few of those US corporations who are challenging the new president’s reversal on climate policy.

“We’re disappointed the administration has decided to roll back climate regulations such as the clean power plan and others,” Edward Hoover, senior manager of Corporate Communications for Mars, told the Guardian. “Corporations can’t do it alone. Governments play a critical role in mitigating the effects of climate change on our economy.”

The responses come just a day after Trump, flanked by cheering coalminers, signed a sweeping executive order that begins to dismantle steps taken by the Obama administration to cut emissions under the Paris agreement negotiated in 2015. Under the agreement the US had agreed to cut its greenhouse gas emissions 26-28% by 2025 as compared with 2005 levels.

“We will continue to support the EPA’s clean power plan and the reduction of carbon emissions associated with electrical power generation,” added Mark Buckley, vice-president of environmental affairs for Staples, calling it “smart business”.

The centerpiece for this reduction was the clean power plan, billed in 2015 as the strongest action ever on climate change by a US president but criticised by some for targeting coal-fired power plants, which release more carbon and fine particulate material than other fossil fuels.

That was when some of the nation’s most recognizable brands signed a letter to the National Governors Association backing their commitment to the reductions, arguing that better regulation would drive innovation and create jobs, rather than stifle them, as Trump went on to repeatedly suggest during the 2016 campaign.

“We believe that investing in a low-carbon economy will not only help foster a healthier environment, it is also a key to unlocking new business growth potential for the US and around the world,” said Gap Inc spokesperson Laura Wilkinson. The clothing manufacturer produces the popular Gap, Old Navy and Banana Republic brands. Wilkinson added that the company would continue to “advocate for low carbon policies that will help ensure a healthier and more prosperous future”. 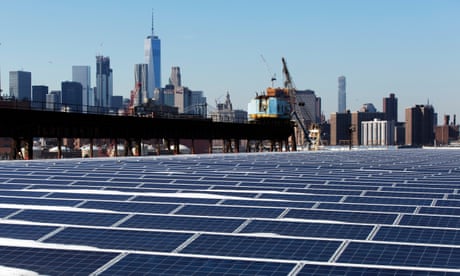 Hoover, whose company is the maker of candies like M&Ms, Skittles, Snickers and Twix, added: “We believe the science is clear and unambiguous: climate change is real and human activity is a factor. As a food business, our supply chain and those who work in it are threatened by its impacts.”

Trump, for his part, has called climate change a “hoax”. Asked by the Guardian this week if Trump accepted the science of manmade climate change, a senior White House official replied: “Sure, yes, I guess.”

Levi Strauss and the eco-oriented Seventh Generation cleaning and paper supply company also confirmed their commitment to the 2015 agreement in statements to the Guardian. “We stand firm in our support of the clean power plan,” said Ashley Orgain, manager of mission advocacy for Seventh Generation. “Climate change is harming our health now, some of us more than others.”

Even fossil fuel giant Exxonmobil has chimed in to recommend the US stay on course with the Paris agreement, calling it “an effective framework for addressing the risks of climate change” in a letter to Trump last week. It’s worth noting though, that the energy conglomerate deals mainly in oil and natural gas, not coal, and hopes to gain market share under an agreement that would phase out coal-fired plants.