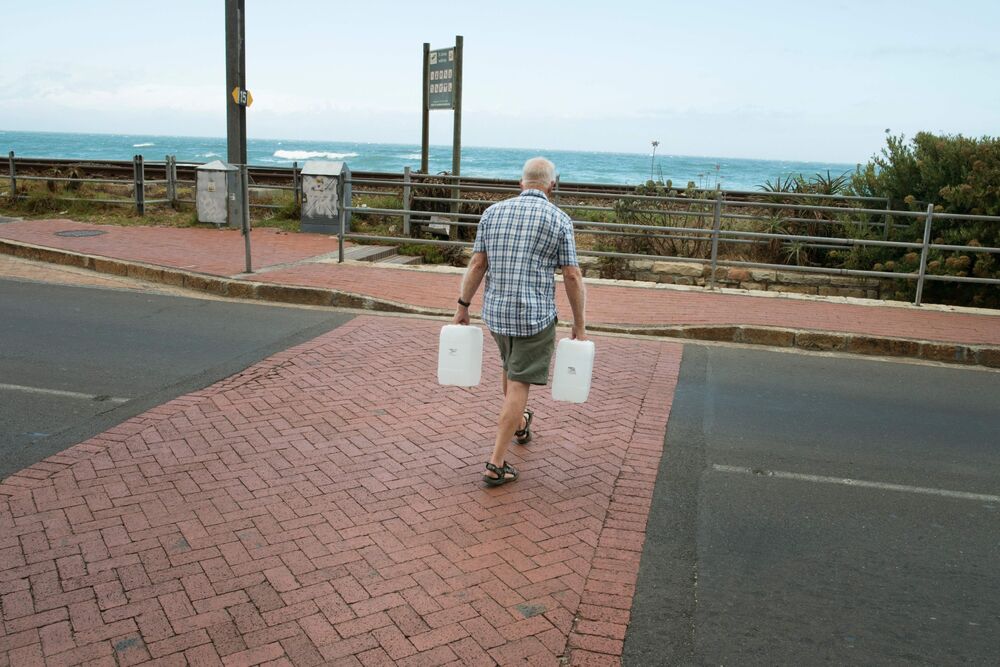 With less than 80 days to go until “Day Zero,” when chronic water shortages may force Cape Town authorities to turn off the taps, officials are scrambling to persuade the city’s four million residents to slash consumption and put emergency plans in place should the supply be cut off.

Africa’s top tourist destination is in the throes of the worst drought on record, and water levels in its six main supply dams have plummeted to an average of 27.2 percent, from more than 90 percent four years ago. With the winter rainy season still about four months away, residents may find themselves lining up for a daily allocation of 25 liters (6.6 gallons) each from April 12 unless water usage declines sharply.

“We all now know that Day Zero is a real possibility,” Mmusi Maimane, the leader of the main opposition Democratic Alliance, which runs Cape Town and the surrounding Western Cape province, said Wednesday at a rally in the city where he unveiled a water-saving campaign. “This is a very frightening reality. There is no silver bullet. The only way to defeat Day Zero is to use less water.”

While the city has told residents to use no more than 87 liters of water a day each, less than half of households have complied. The daily allocation will be cut to 50 liters on Feb. 1, and hefty surcharges will be introduced for those who exceed their quotas.

Capetonians are bracing themselves for the worst. Many stores have sold out of rain tanks, buckets and other containers as residents make plans to stockpile water, and well-drilling companies are doing a roaring trade.

Plans to augment the water supply include the construction of three small desalination plants, bringing in desalination barges to the harbor and tapping underground aquifers. But they wouldn’t be enough to cover the shortfall in supply. A large-scale desalination plant could cost as much as 15 billion rand ($1.3 billion), money the city doesn’t have, Maimane said.

“Finger-pointing doesn’t help,” said Western Cape Premier Helen Zille, who is overseeing the disaster management plans that will be implemented should Day Zero arrive. “We have to save water as if our lives depend on it, because they do.”

The city doesn’t plan to cut off the water supply to poor townships, hospitals, schools and the central business district. It hasn’t revealed how it will manage the allocation of water at the 200 collection points or what logistical arrangements will be made to help those without cars to transport it home.

Maimane said the authorities will hold weekly briefings about their contingency plans.

Talks are under way with the South African National Defence Force about storing water at military bases and with the police about ensuring security is in place should the taps run dry, because normal law enforcement would be inadequate, Zille said.

While no rain is forecast over Cape Town for the next seven days, some light showers are expected over the Theewaterskloof dam, the Western Cape’s biggest reservoir, according to the South African weather Service.

Ian Nielson, Cape Town’s deputy mayor, said drought and water shortages may be a recurrent event in the city and residents will have to get used to cutting back on their consumption.

“We do seriously suspect this is the new normal, that there has been a change in the climate,” he said. “Without rain and without significant additional supply measures, we will not survive.”