‘NEXT YEAR OR THE YEAR AFTER, THE ARCTIC WILL BE FREE OF ICE’... Scientist Peter Wadhams believes the summer ice cover at the north pole is about to disappear, triggering even more rapid global warming... 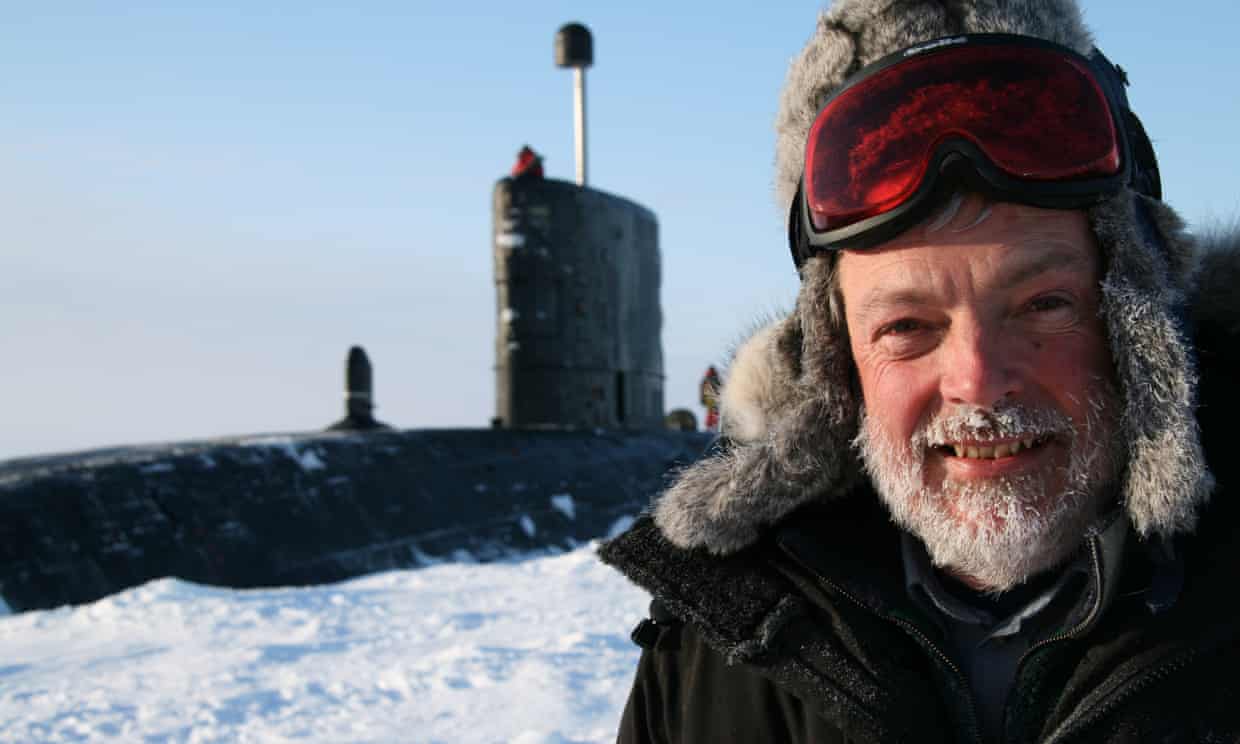 Peter Wadhams in the Arctic in 2007: ‘We may able to raise the Thames barrier in Britain but in Bangladesh, people will be drowned.’

Peter Wadhams has spent his career in the Arctic, making more than 50 trips there, some in submarines under the polar ice. He is credited with being one of the first scientists to show that the thick icecap that once covered the Arctic ocean was beginning to thin and shrink. He was director of the Scott Polar Institute in Cambridge from 1987 to 1992 and professor of ocean physics at Cambridge since 2001. His book, A Farewell to Ice, tells the story of his unravelling of this alarming trend and describes what the consequences for our planet will be if Arctic ice continues to disappear at its current rate.

You have said on several occasions that summer Arctic sea ice would disappear by the middle of this decade. It hasn’t. Are you being alarmist?
No. There is a clear trend down to zero for summer cover. However, each year chance events can give a boost to ice cover or take some away. The overall trend is a very strong downward one, however. Most people expect this year will see a record low in the Arctic’s summer sea-ice cover. Next year or the year after that, I think it will be free of ice in summer and by that I mean the central Arctic will be ice-free. You will be able to cross over the north pole by ship. There will still be about a million square kilometres of ice in the Arctic in summer but it will be packed into various nooks and crannies along the Northwest Passage and along bits of the Canadian coastline. Ice-free means the central basin of the Arctic will be ice-free and I think that that is going to happen in summer 2017 or 2018.

Why should we be concerned about an Arctic that is free of ice in summer?
People tend to think of an ice-free Arctic in summer in terms of it merely being a symbol of global change. Things happen, they say. In fact, the impact will be profound and will effect the whole planet and its population. One key effect will be albedo feedback. Sea ice reflects about 50% of the solar radiation it receives back into space. By contrast, water reflects less than 10%. So if you replace ice with water, which is darker, much more solar heat will be absorbed by the ocean and the planet will heat up even more rapidly than it is doing at present.

Sea ice also acts as an air-conditioning system. Winds coming over the sea to land masses such as Siberia and Greenland will no longer be cooled as they pass over ice and these places will be heated even further. These effects could add 50% to the impact of global warming that is produced by rising carbon emissions.

In the end, the only hope we have is to find a way to remove carbon dioxide from the atmosphere once it has got there

What will be the effects of this accelerating increase in temperatures?
The air over Greenland will get warmer and more and more of its ice will melt. It is already losing about 300 cubic kilometres of ice a year. Antarctica is adding to the melt as well. Sea-level rises will accelerate as a result. The most recent prediction of the Intergovernmental Panel on Climate Change (IPCC) is that seas will rise by 60 to 90 centimetres this century. I think a rise of one to two metres is far more likely. Indeed, it is probably the best we can hope for.

That may not sound a lot but it is really very serious. It will increase enormously the frequency of storm surges all over the world. We may be able to raise the Thames barrier in Britain but in Bangladesh, it just means more and more people will be drowned.

Global warming is generally associated with increased fossil-fuel burning and consequent rises in levels of atmospheric carbon dioxide. But is that the only climate problem we face?
No it is not. We also have the issue of methane. Russian scientists who have investigated waters off their coast have detected more and more plumes of methane bubbling up from the seabed. The reason this is happening is closely connected with the warming of the planet and the shrinking of the Arctic icecaps.

Until around 2005, even in summer, you still had sea ice near the coast. Then it started to disappear, so that for three or four months a year warm water reached the shallow waters around the shores where there had been permafrost ground since the last ice age. It has started to melt with dangerous consequences. Underneath the permafrost there are sediments full of methane hydrates. When the permafrost goes, you release the pressure on top of these hydrates and the methane comes out of solution.

Can we monitor this methane just as we can monitor carbon dioxide?
Yes, we can measure methane over large areas using satellites. These have shown that methane levels that had been fairly flat for most of the last century have started to rise and are accelerating, often with little outliers on the graph. There is a scientist called Jason Box who works in Denmark for the Greenland Survey and he calls these outliers dragon’s breath. They are not some sort of measurement caused by dodgy instruments. They are real pulses of methane coming from offshore flumes. 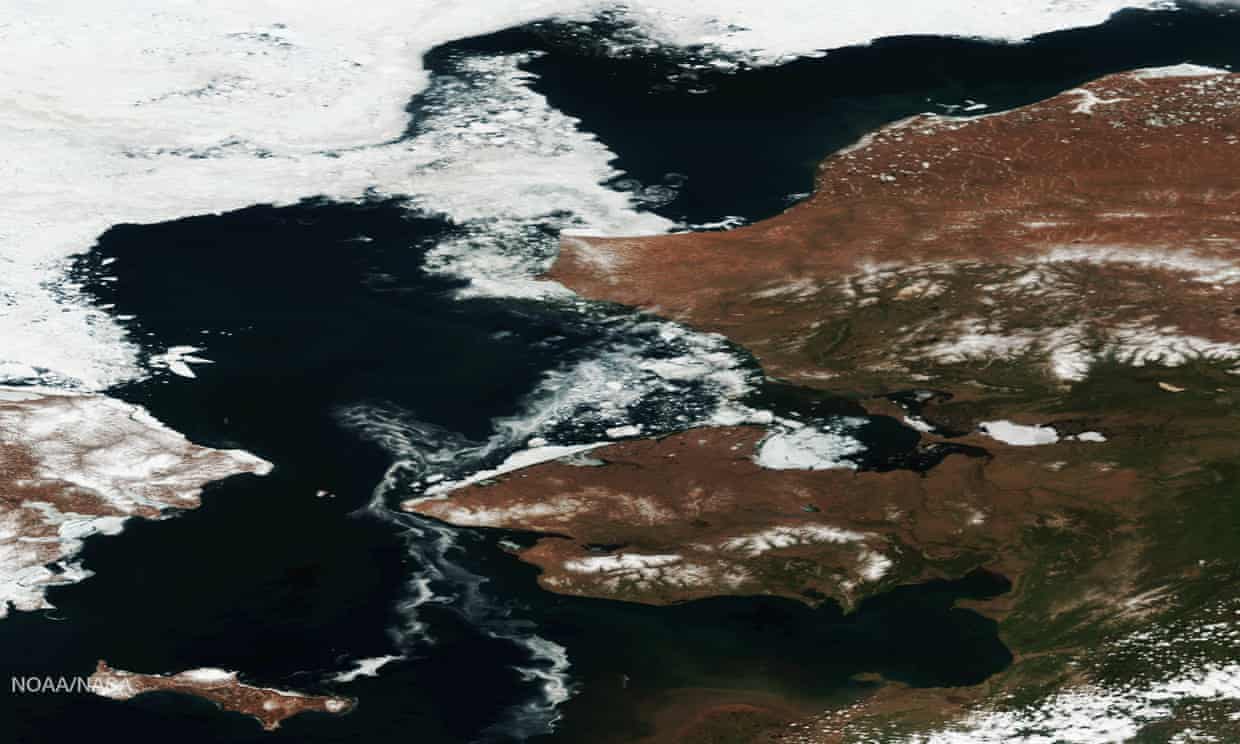 An image from the NOAA/Nasa Suomi NPP satellite taken on May 30, 2016, highlights the Arctic ice retreat off the north-west coast of Alaska. The average Arctic sea ice extent for May 2016 set a new record low since satellite observations began. Photograph: Suomi NPP/NASA/NOAA

So in the long run carbon dioxide is still going to be worse than methane in terms of heating the planet because a single methane pulse will have a disastrous effect but if there is nothing to follow it on then it will go away. But with carbon dioxide there is a ratchet effect. All the carbon dioxide we release by burning fossil fuels just builds up in the atmosphere. We are having to live with last century’s carbon dioxide. What that says is simple: there is no such thing as a safe emission rate of carbon dioxide. That is why I am despondent about us ever being able to cut carbon emissions.

It sounds straightforward. Will it work?
I am a bit suspicious of this technology. BECCS will need so much land to be effective. Calculations suggest it would need 40% to 50% of the arable land of the planet to make it work on the scale we will need and that would not leave enough land to grow crops to feed the world or to provide homes for a viable population of wild animals and plants. Other techniques, such as crushing and spreading olivine rocks, which absorb carbon dioxide, on beaches, will simply not scale up. They won’t work, so we will have to find some other way to remove carbon dioxide from the atmosphere directly.

As far as I can see, it will have to take the form of some sort of device into which you pump air at one end and you get air without carbon dioxide coming out the other end. It can be done, I am sure, but at the moment we do not have such a device. However, without something like that I cannot see how we are going to deal with the carbon dioxide that is getting into the atmosphere. We are going to have to rely on a technology that has not yet been developed. That is a measure of the troubles that lie ahead for us. I think humanity can do it, but I would feel much better if I saw governments investing in such technology.