OPINION: CLINTON IS WEAK ON CLIMATE CHANGE AND TRUMP IS A DISASTER — BUT THAT DOESN'T MEAN ALL HOPE IS LOST ON ELECTION DAY... 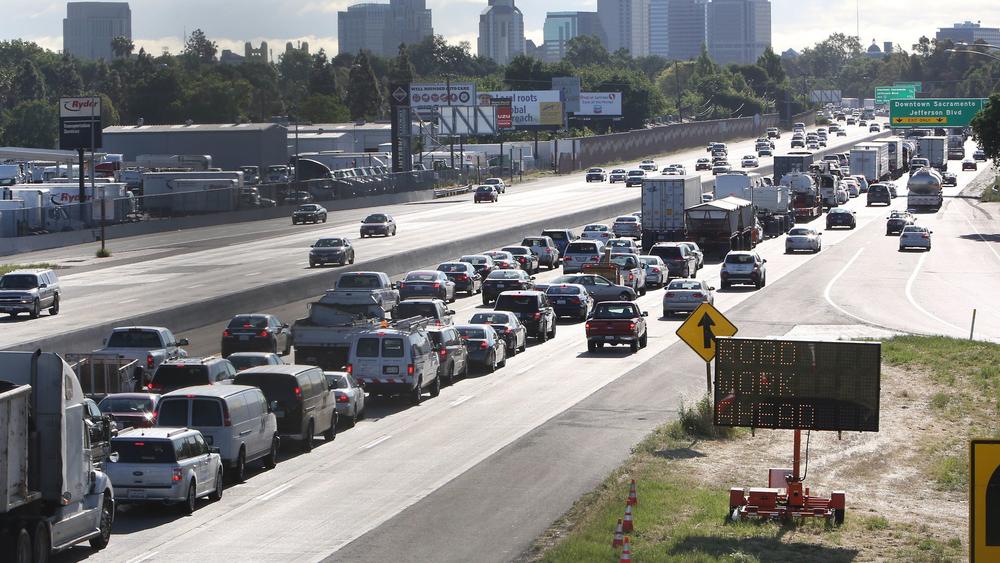 If you’re one of the millions of Americans who feel that man-made climate change will spiral out of control without immediate and overwhelming governmental action, this election has probably jump-started your plans to build an apocalypse bunker...

Hillary Clinton has been largely mute on this issue on the campaign trail and many environmentalists feel (probably rightly so) that her incremental, centrist approach to politics won’t tackle climate change with the urgency needed to ward off global catastrophe. Donald Trump, meanwhile, seems to think global warming is a hoax perpetrated by the Chinese and has vowed to make building more carbon-spewing coal plants among his presidential priorities.

From all outward appearances, Ken Bone’s goofy red sweater has gotten more attention in this election than the most pressing issue of our time.

In reality, however, the 2016 election has the potential to usher in tremendous resources in the fight against global warming — and it has nothing to do with voting for Hillary Clinton or Donald Trump. Cities across the country are proposing what the candidates are not: radical action that will put a huge dent in American climate emissions.

From all outward appearances, Ken Bone’s goofy red sweater has gotten more attention in this election than the most pressing issue of our time.

How are they going to accomplish this? By reinventing their transit networks.

Transportation has become America’s single biggest source of carbon pollution. Though the country has made strides toward greening its power portfolio with the addition of new solar and wind facilities, our oil-hogging vehicle addiction has been harder to break. More people means more cars and more carbon. Despite the growing popularity of electric vehicles, transportation emissions are on the rise.

Thankfully, Americans are increasingly concentrating in dense urban environments. But American cities are overwhelmingly behind the curve when it comes to using mass transit. Actually getting people out of their dirty cars requires the construction of wildly expensive infrastructure. A bickering, partisan Congress has long neglected to tackle meaningful funding allocation on the federal level. In this election, however, cities and counties, tired of endless traffic and air pollution, are taking charge of their own transit destinies.

According to Jason Jordan, executive director of the Center for Transportation Excellence, there are 77 transit-related municipal ballot measures up for a vote in 2016, spanning 25 states. These measures will impose taxes on a local level to pay for urban infrastructure upgrades like subway networks, clean municipal buses, and bicycle and pedestrian safety infrastructure.

The single largest effort is Measure M in Los Angeles County, which would raise $120 billion over the next 40 years to help expand the region’s rail and rapid transit network. L.A. passed a similar, if less comprehensive, $40-billion transportation measure in 2008, which helped build new rail lines across the notoriously car-centric city. Regional carbon emissions have dropped by 8% since.

Similar multi-billion-dollar measures are on the ballot in Seattle, Atlanta and San Diego. Voters in Indianapolis, Raleigh, N.C., and Fort Lauderdale, Fla., will weigh in on smaller but pivotal transit initiatives.

Even Detroit — the Motor City — is asking voters to approve a $4.6-billion regional plan to build a rapid public transit network.

All told, nearly $200 billion in funding is on the line for efforts that could severely cut into America’s carbon footprint. That’s a figure large enough to sound like it came from the mouth of Jill Stein or Bernie Sanders. But it’s real. And, shockingly, measures like these generally enjoy bipartisan support. “We live in a polarized political environment,” says Johnson. “But even though these measures often involve tax increases, their success rate over the past 15 years is just over 70%. We see them pass in red states with great frequency.”

Still, they can’t happen without your vote. (Click here to see if a transit measure is up for a vote in your city or county.)

Self-driving electric cars may one day help America’s addiction to carbon. Or they may not. The reality is that solo vehicle travel will never be as climate-friendly as a combination of walking, biking and a well-used mass transit system — at least in our lifetimes.

Climate change may not be at the top of Hillary Clinton’s agenda. Donald Trump is actively hostile to the idea of easing carbon emissions. But for those who do consider climate change to be the most urgent issue of our time, you may very well be able to do something about it on election day.