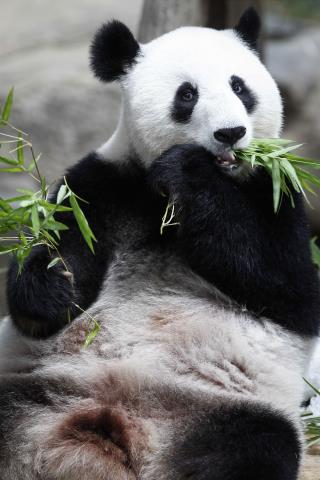 Liang Liang enjoys a snack in China. The giant panda is one of the rare species that is thriving and is not longer considered endangered.   (AP Photo/Joshua Paul)

New report is 'a pretty shocking snapshot of where we are,' says WWF rep...

(Newser) – A disturbing study says the world's wild animal population has plunged 58% since 1970, the BBC reports. Researchers from the WWF and the Zoological Society of London warn that if current trends continue, two-thirds of the world's wildlife will be gone by 2020. The finger points squarely at humans, who cause climate change, pollution, habitat loss, hunting, and illegal trafficking. "We know what the causes are and we know the scale of the impact that humans are having on nature and on wildlife populations—it really is now down to us to act," says Dr. Mike Barrett of the WWF. "Now we've reached a point where there isn't really any excuse to let this carry on." In the most comprehensive assessment of its kind, the Living Planet report analyzed 3,700 vertebrate species and found that decimation included a wide range of them: from African elephants devastated by poaching to vultures to salamanders. 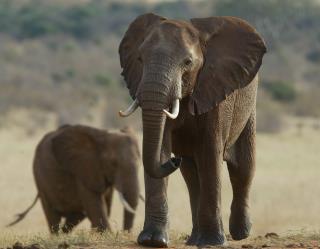 African elephants are among the species that are disappearing from the planet.   (AP Photo/Karel Prinsloo, File)

Animals living in rivers and lakes were most at risk, with their decline pegged at 81%. But the Living Planet is taking criticism from some, including a Duke ecologist who cites a lack of data "from South America, from tropical Africa, there is not much from the tropics, period. They're trying to pull this stuff in a blender and spew out a single number.... It's flawed." The report underscores the effects of the Anthropocene, a suggested geological era that finds humans dominating the planet, reports the Guardian. "We are no longer a small world on a big planet. We are now a big world on a small planet, where we have reached a saturation point,” the report says. Barrett says saving animals and ensuring biodiversity depends on enforcing sustainable environmental policies and simpler acts such as consuming fewer resources including meat. There is good news: species like tigers and the giant panda have rallied; the latter was recently removed from the endangered list.