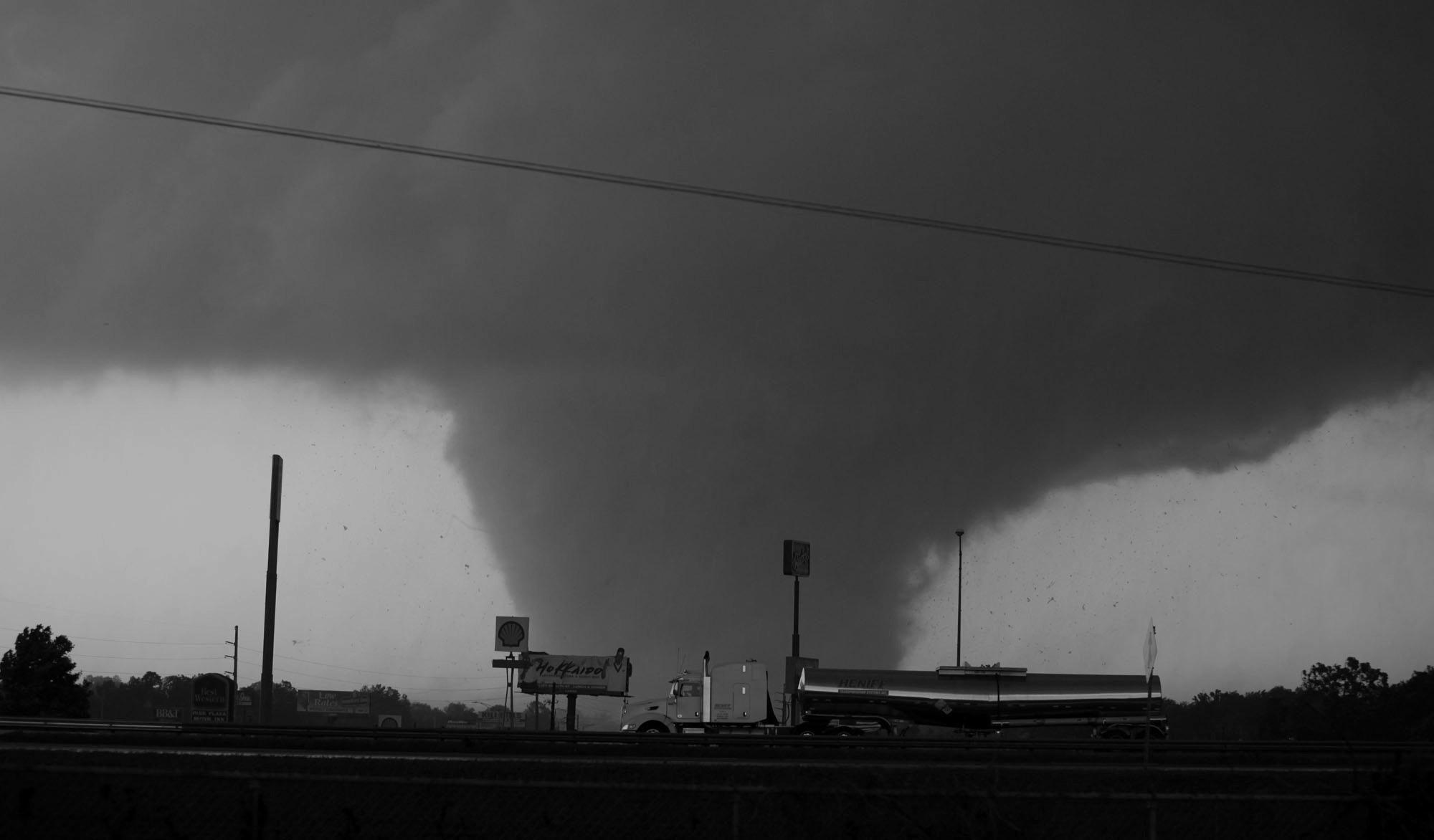 It’s no mystery why the stretch of America’s heartland from Iowa to Texas became known as Tornado Alley. Every spring, twisters up to two-and-a-half miles wide—wider than Manhattan—churn across flat fields, open roads and, typically, sparsely populated towns, causing hundreds of millions of dollars of property damage each year...

In terms of the number of twisters, Tornado Alley is still dominant. But in recent decades, the bulk of the destruction inflicted by these storms has shifted to the southeast U.S., a swath of states from Louisiana to Georgia meteorologists have dubbed Dixie Alley.

Each region’s share of property damage, injuries and deaths from tornadoes by decade

So far, 2017 has been particularly active for tornadoes in the Southeast. Eighty-one tornadoes touched down in the Southeast over three days in late January, killing 21. And a record 123 confirmed tornadoes touched down in Georgia through the end of April, with 20 more unconfirmed since then, according to preliminary data. Seventeen people died in those storms in Georgia, which also caused $329 million in damage

Through Aug. 13, 365 tornadoes have been reported in Dixie Alley compared with Tornado Alley's 328 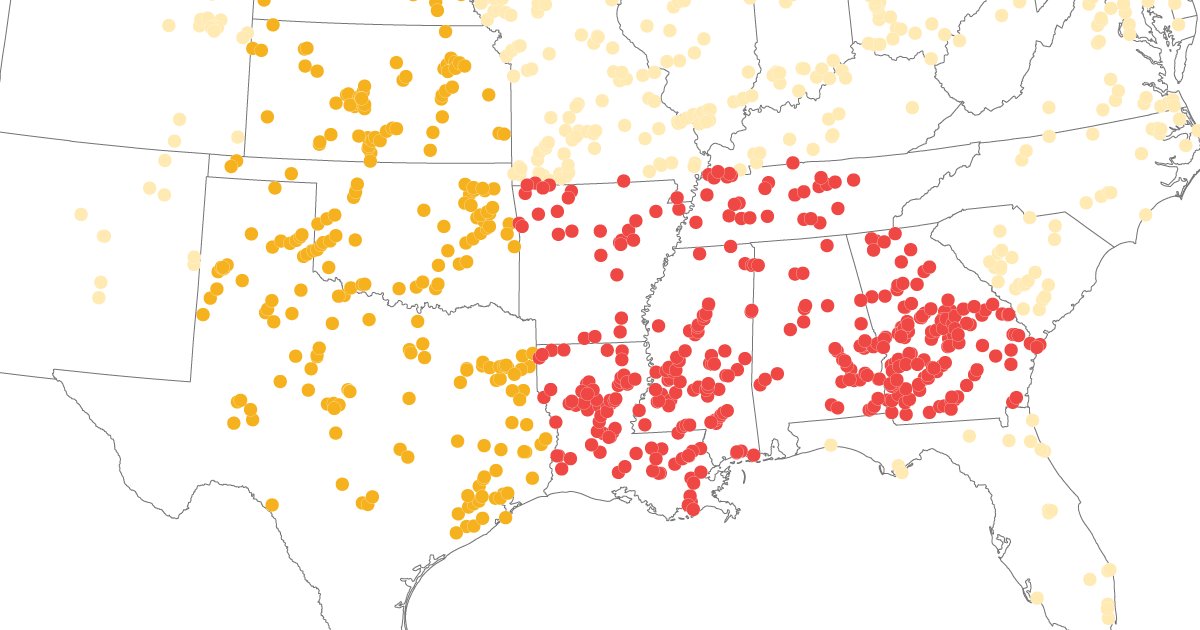 Note: Tornado reports are preliminary and subject to revision. Data are through Aug. 13.

If atmospheric conditions are favorable, tornadoes can strike anywhere at any time—even in Alaska, where three tornadoes have been confirmed since 2004. Climate change is often closely tied to extreme weather events, such as drought and stronger hurricanes. But that’s not necessarily the case with tornadoes.

Victor Gensini, a professor in atmospheric sciences at Northern Illinois University, said that, for now, the percentage of thunderstorms that yield tornadoes is too low to link the increase in Dixie Alley's share of tornadoes to man-made climate change.

“Can you link any particular season to climate change? The answer is no,” Gensini said. “But climate change is sort of what we say 'loading the dice' for these events to happen.”

In some ways, the climate of the Southeast has increasingly made Dixie Alley a bull’s eye for tornadoes. In November, as moisture from the Gulf of Mexico meets the jet stream receding from the Great Plains, Dixie Alley typically experiences a second tornado season. Eleven percent of the tornadoes that have hit Dixie Alley since 1997 struck in November. In Tornado Alley, more than 75 percent occurred between March and June.

Moist air that commonly hovers over the Southeast means that tornadoes often spin up with less than 15 minutes' warning—and tend to strike more sporadically throughout the day. Over the past two decades, 28 percent of Dixie Alley tornadoes hit between 9 p.m. and 7 a.m., when it’s typically dark outside and people might be less prepared to take cover.

Weather conditions aren’t the only factor when considering the destruction in Dixie Alley. A higher proportion of people there live in mobile homes than do people in Tornado Alley. These structures are particularly vulnerable during a storm and contribute to the increasing share of fatalities in Dixie Alley.

The Southeast is also more populated than the Great Plains states in Tornado Alley. Georgia is among the fastest-growing states in the U.S., with many transplants settling in and around Atlanta, which has grown 41 percent since 2000. The Birmingham, Alabama, metro area has grown 25 percent, and Nashville, Tennessee, is up 52 percent during that time, too.

Historically, tornadoes tend to hit rural areas more often than urban ones. But as cities in Dixie Alley continue to grow, so do the chances of a direct hit from a major tornado—as in 2011, when an EF-4 tornado ripped through downtown Tuscaloosa, Alabama, killing 65 people and costing more than $2 billion in property damage.

Sporadic as tornadoes may sometimes be year to year, the trend is clear: The onslaught of tornadoes in Dixie Alley means the Southeast should be on notice.

Notes: Nominal dollar figures for damage were adjusted to July 2017 dollars using the CPI Inflation Calculator from the Bureau of Labor Statistics, using June for each base year. Preliminary 2017 tornado data reflects reported touchdowns and are subject to revision. Last of the current NEXRAD radars was installed in 1997.