A CLIMATE DEASTABILIZATION CALL TO ACTION: JOB ONE FOR HUMANITY...

Our world is at a turning point; revolutions are happening everywhere, and the push for change is in the air.

Yes, change is literally in the air. Human activity is causing carbon in the atmosphere to increase about 2 ppm per year. As of this writing, we are at 393 ppm, so if we continue with business as usual, it won’t be too long until we’ve reached 450 ppm. According to Jeremy Rifkin (referencing James Hansen, head of the NASA Goddard Institute for Space Studies), 450 ppm would correspond to a temperature increase of six degrees Celsius in this century, and “the end of human civilization as we’ve come to know it.” So now’s the time to harness the revolutionary energy that is sweeping the world in order to save this planet and all of its beauty, to save all the glory of humanity’s existence.

If we do not curb our greenhouse gas emissions in a timely manner, we will be dealing with dire consequences that will affect us all. In fact, we are dealing with consequences already; tropical storms are taking paths never seen before, causing surprising flash floods in the southern Phillippines. And according to Mark Lynas, author of Six Degrees: Our Future on a Hotter Planet, if global temperatures continue to increase—even just two degrees Celsius—it would mean that “Miami would disappear entirely, as would most of Manhattan. Central London would be flooded. Bangkok, Bombay, and Shanghai would also lose most of their area. In all, half of humanity would have to move to higher ground.”

Recognizing the scope of the potential calamity, the Maldives has committed to becoming carbon neutral by 2020. As President Nasheed said at the United Nations Summit on Climate Change in 2009, “If things go business as usual, we will not live, we will die. Our country will not exist.” Tuvalu also will cease to exist, should we be unable to curb the emissions that are causing temperatures and sea levels to rise so dramatically. How unlucky the citizens of those island nations would be if their homes just vanished completely. But truly, if these parts of our world disappear, it will be the loss of every inhabitant of Earth. Are we going to sit idly by and watch Earth’s various beauties sink and melt away in coming decades? 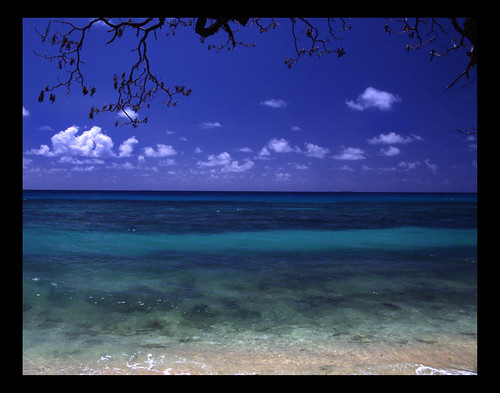 The effects of climate change are perhaps not so visible to all of us at the moment, but if we give it enough time, they will be. If the Greenland ice sheet melts completely, we all lose something. This planet is full of so many treasures, treasures that we may not get back after they’re gone. So it is time for us to come together as global citizens in order to solve the problems associated with severe climate change, ahead of time, before it’s too late. If we bring our energy, attention and intelligence to finding the best solutions to this complicated issue, we could potentially solve many of the other problems humanity faces in the process. But if we fail to deal with the increasing amounts of greenhouse gases in our atmosphere, we won’t be doing much of anything at all. For, according to Mark Lynas, if we let our planet’s temperature increase by as much as six degrees Celsius, “it would cause a mass extinction of almost all life and probably reduce humanity to a few struggling groups of embattled survivors clinging to life near the poles." Thus, it’s time to make things better—not just to prevent the worst, but to really make everything better—for everyone on this planet.

For more information on what you can do to resolve climate destabilization and be a part of the Job One for Humanity team, click here.

*** thank you to Stefan Lins, from whose flickr photostream we got the beautiful photo (above) of Tuvalu!