A FITTING END FOR THE HOTTEST YEAR ON RECORD... 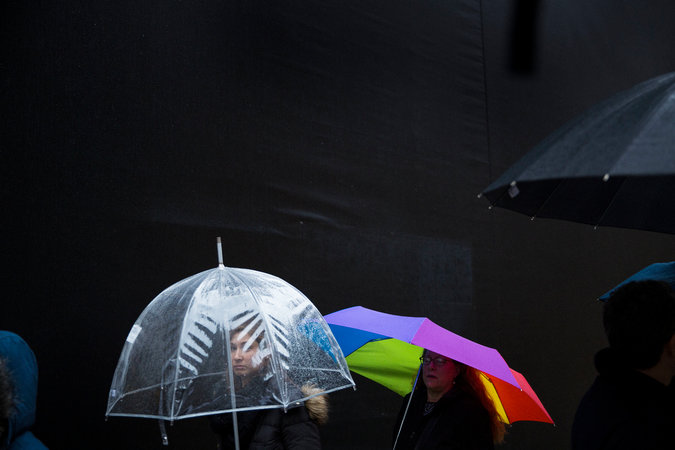 With some help from El Niño, 2015 will almost certainly finish out its run as the hottest year on record with temperatures on Christmas Eve and Christmas Day predicted to be well above average across much of the United States...

AccuWeather is forecasting “record setting warmth up and down the entire Eastern Seaboard from Florida to Maine” on Thursday. It is not expected that New York and the rest of the East Coast will cool down before the end of the year. And the warmth and humidity are expected to cause storms, flooding and the potential for isolated tornadoes in the Midwest and South.

The National Oceanic and Atmospheric Administration has announced that last month was the warmest November on record, and the seventh month in a row to break a global temperature record. The global average temperature from January to November was the highest recorded since 1880, when the data was first tracked. That broke the record for the hottest year ever recorded, set in 2014. The temperature from January to November was 0.25 degrees warmer than the same period last year.

Thirteen of the fourteen hottest years in memory have been recorded in the 21st century, a development that goes hand-in-hand with the expected effects of climate change. An overwhelming majority of scientists believe that global warming is being caused by human activities.

In a response to an emailed question, the climate activist Bill McKibben compared the rising temperatures to “waking up in the first reel of a dystopian science fiction film.”

“We’re living through history, and not of a good kind,” he said. “2015 didn’t just break the global temperature record — it crushed it. Think of the energy needed to raise the temperature of something as large as our planet by this much this fast.”

An ominous video published by Climate Nexus, a climate change awareness organization sponsored by Rockefeller Philanthropy Advisors, cautioned that “heading into 2016, scientists say that the more CO2 we put in the air, the more extreme weather events we’ll get, and the more records will be broken.”

In the contiguous United States, this autumn was the hottest on record, 3.3 degrees higher than the 20th century average. The first 20 days of December have been so warm that preliminary data from NOAA shows that more than 2,500 record highs have been tied or broken across the United States.

Temperatures in New York City are predicted to be in the 70s, more than 30 degrees hotter than normal. Tourists and residents alike seemed unnerved by the unseasonable weather.

The warm temperatures are not the only unusual atmospheric phenomenon taking place over the holiday. An asteroid will pass close to the earth on Thursday, and a full moon will be visible on Christmas for the first time since 1977. A Christmas moon will not return until 2034, when, scientists say, the planet will be significantly warmer.

Please check your e-mail for a link to activate your account.