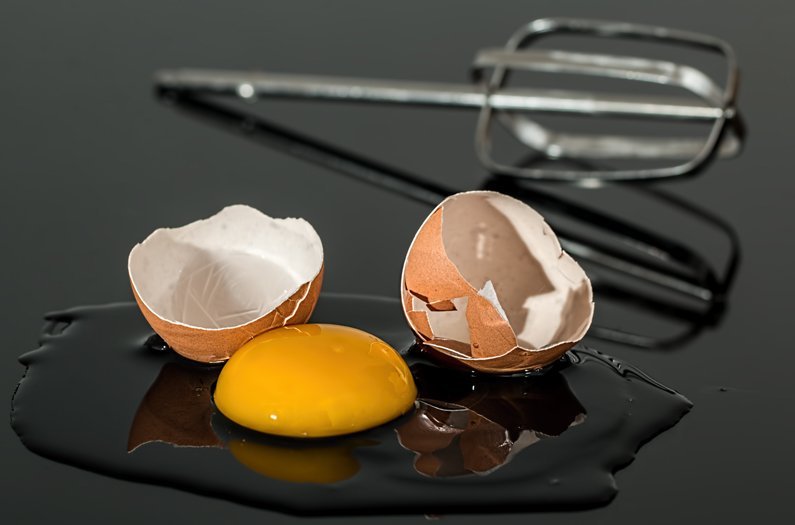 Want to know where climate fluctuations may already be producing new ecologies? Take a look at these maps...

Published in the journal Nature Climate Change, the maps are part of a study that analyzed terrestrial climate conditions between 1901 and 2013, identifying areas of climate novelty—combinations of temperature and precipitation different from any that previously existed—as well as tracking the speed and direction of those shifts.

Formally known as novelty, displacement, and divergence, “these represent the three distinct mechanisms that can cause species to reshuffle into new mixtures,” said John Williams, a climate scientist at the University of Wisconsin. Williams co-authored the study with ecoinformaticists Alejandro Ordonez and Jens-Christian Svenning of Denmark’s Aarhuus University.

The researchers found that a relatively small 3.4 percent of Earth’s surface has entered a novel climate regime, with those areas concentrated in Central Asia, equatorial Africa and South America, and the high Arctic. But even where climate hasn’t moved beyond its usual parameters, conditions are changing fast: temperature and precipitation patterns shifted an average of 3.7 kilometers per decade during the 20th century, and in most places those shifts headed in different compass directions. 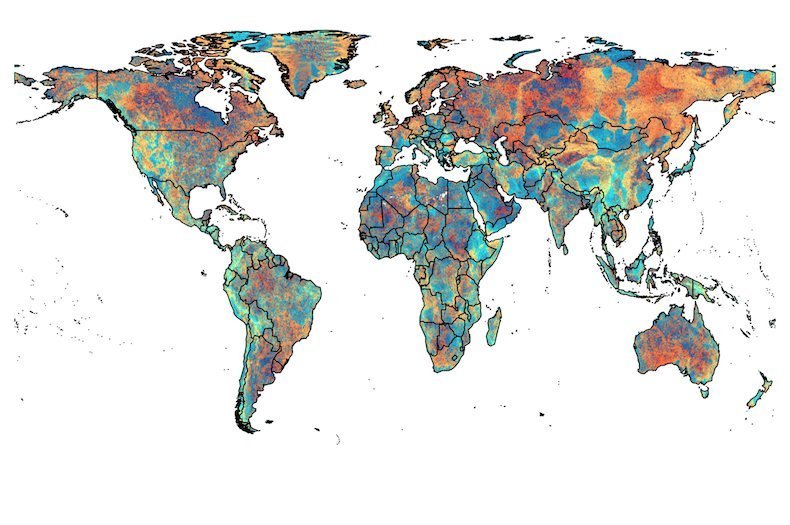 In the map above, those high-displacement, high-divergence regions are dark red. Regions with the least change are light blue. Dark blue denotes where temperature and precipitation are changing along the same geographical lines. Where they’re moving in different directions, but not too rapidly, it’s yellow. Taken in its entirety, Earth’s new climate is a rippling mosaic of change.

Species will scramble to keep pace; with their ranges shaped by sensitivity to fast-moving, often-divergent trends, shuffling will ensue over much of Earth’s surface. “Via at least one of the proposed mechanisms, novel species assemblages are likely to be forming in the North American Great Plains and temperate forests, Amazon, South American grasslands, Australia, boreal Asia and Africa,” wrote the researchers. “In these areas, temperature- and moisture-sensitive species may be affected by new climates emerging, differential biotic lags to rapidly changing climates or by being pulled in opposite directions along local spatial gradients.”

Williams and colleagues don’t describe what these new ecological communities might look like. Rather, the maps are a guide for where people might direct their attention: where to study ecological novelty, and where it’s appropriate to manage it. Where conditions are changing too fast for some species to keep up, people might assist with relocations. Elsewhere people could focus on protecting as large and as various a terrain as possible, giving ecologies the broadest possible stage on which to evolve.

Outside of the study’s purview, but just as important in shaping what lives on the landscape, is human activity and land use. “Climate is just one of many changing factors,” wrote the researchers. A complete map of Earth’s changes remains to be made.