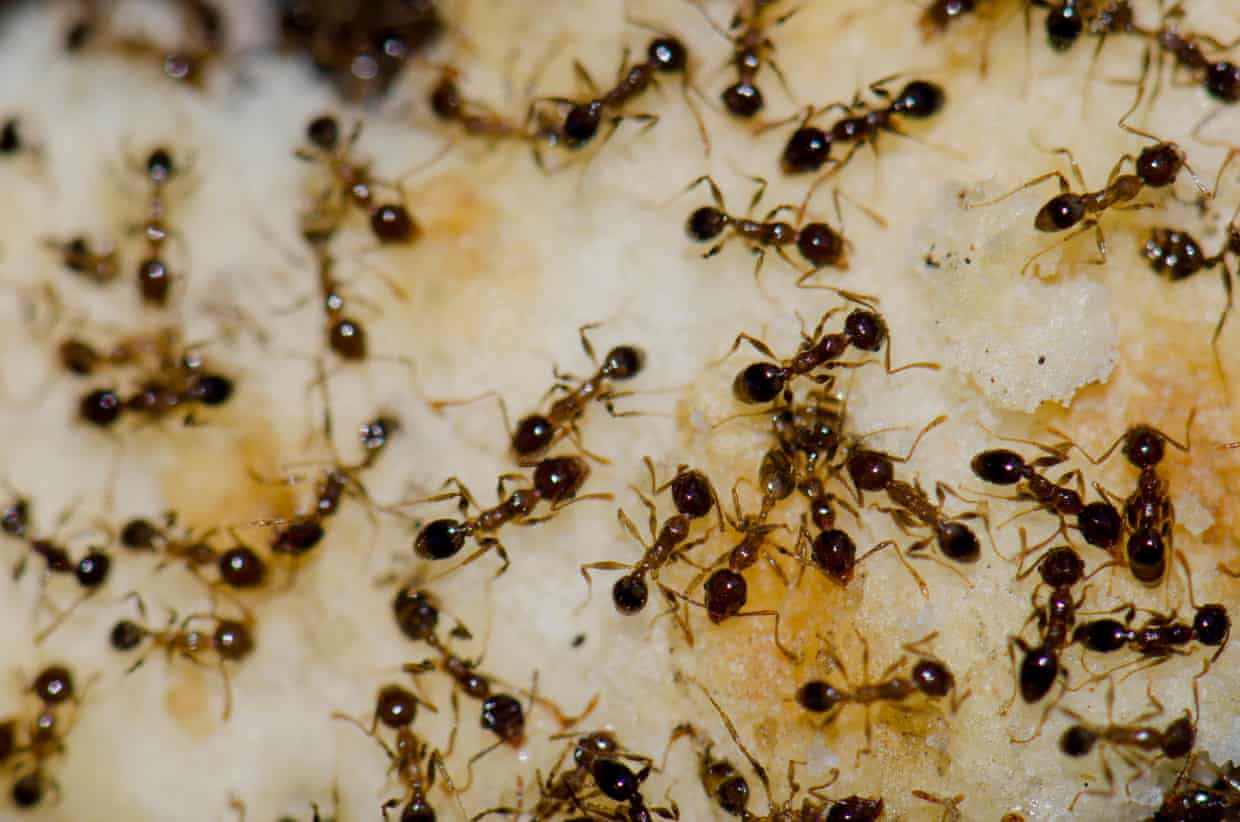 Foreign animals and plants can cause huge damage, with the march of Argentine ants in the UK a new example of how climate change is boosting the threat...

Invasions by alien species and global warming form a “deadly duo”, scientists have warned, with the march of Argentine ants in the UK a new example. The public are being asked to be on alert for invaders such as the raccoon dog and Asian hornet, as eradication can be near impossible after a species becomes established.

As trade and human travel has become globalised many thousands of species have crossed oceans or mountain ranges and become established in new regions, with some causing “invasional meltdown” and over a trillion of dollars of damage a year.

Recent research shows that ever more animals and plants are finding their way to foreign lands and that invasive species are a “primary threat” to economies, human wellbeing and wildlife.

Scientists from around the world are gathering this week in Durham, UK, to assess the issue. Prof Rob Colautti of Queens University in Canada warned: “There are very clear economic and human health consequences.”

The combination of invasive alien species and climate change was a “deadly duo”, said Prof Helen Roy, at the UK’s Centre for Ecology and Hydrology: “Changing climate might facilitate the establishment of some species that otherwise might not have been able to establish.”

“Of all the non-native species, than ants are concerning,” Roy said. “We describe the Argentine ant as an ‘ecosystem engineer’, because it has quite far-reaching, cascading impacts.” Displacing native ants can upset delicate ecosystems of plants and insects, while the Argentine ants themselves are attracted to warm places and can interfere with electrical wiring.

Furthermore, Roy said, Argentine ants can form “super colonies” in invaded regions, as they are not kept in check by the neighbouring colonies that are present in its native south America: “That seems to have broken down in the invaded range. You get these much larger populations of these ants than you would in other places.”

The UK, like other islands including New Zealand and Japan, is a hotspot for invasive species. Prof Mark van Kleunen, at Konstanz University in Germany, said. “For islands, the hypothesis is that islands have fewer native species than mainland regions, which means there is more ecological space that can be filled by newcomers.” But he noted many UK alien species have been present since the middle ages: “Your rabbit came from the Iberian peninsula.”

The UK suffers billions of pounds in economic damage every year from well established invaders, such as Japanese knotweed, giant hogweed and mink. The harlequin ladybird is a newer invader, first seen in 2004, but now makes up 80-90% of all ladybirds seen in England and seven of the eight native species have declined since it arrived. 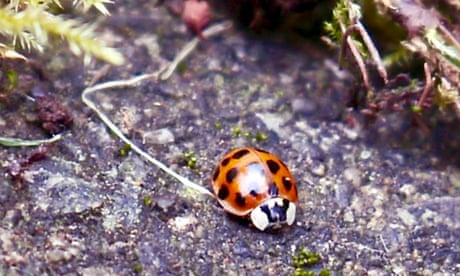 The harlequin ladybird is a clever little devil. Read more...

“We know that the harlequin ladybird is fantastic at eating aphids, so we might imagine it is going to be fantastic at pest control for farmers,” said Roy. But she said native ladybirds had their own roles and that variety is crucial to a resilient ecosystem: “Some [natives] emerge earlier in the spring, others get up earlier in the morning.” 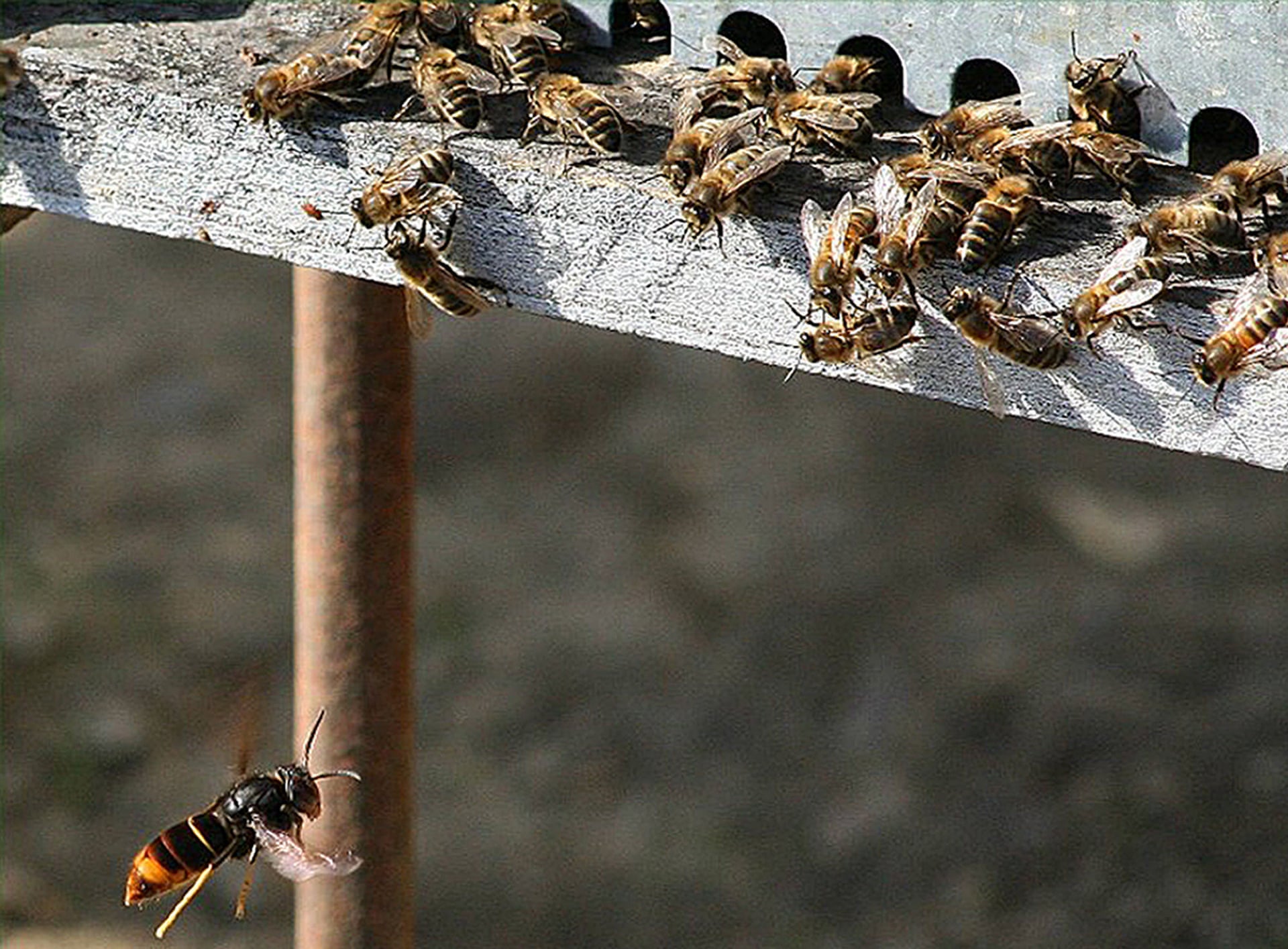 The arrival of the quagga mussel in the UK in 2014 prompted warnings of the “invasional meltdown” seen elsewhere, where entire ecosystems are transformed. “It changes the whole chemistry and physical nature of a water body,” said Roy. In North America, the spread of the zebra mussel has caused enormous damage.

The quagga mussel was the number one threat on a list compiled by Roy and colleagues. Also high on the list are the Asian longhorn beetle, American lobster, African sacred ibis and the Emerald ash borer beetle, as well as the Argentine ant. The Asian hornet was first spotted in the UK in September, but was eradicated.

However, Roy said people should remain on the lookout and could report sightings using an app: “We know there are high numbers in France and that is not far away.” She also said raccoons have been sighted in the UK, and should also be reported, along with any sighting of raccoon dogs, an unrelated species from Asia that were once sold as pets.

The scientists said it was often impossible to get rid of an invader once established, like the grey squirrel, making prevention using checks and information provision at borders even more important.

“There are some very simple measures that can be put in place to provide biosecurity to prevent the arrival of the most damaging species,” said Roy. “It is not about stopping people moving or trading.”