ALL HELL BREAKS LOOSE AS THE TUNDRA THAWS... 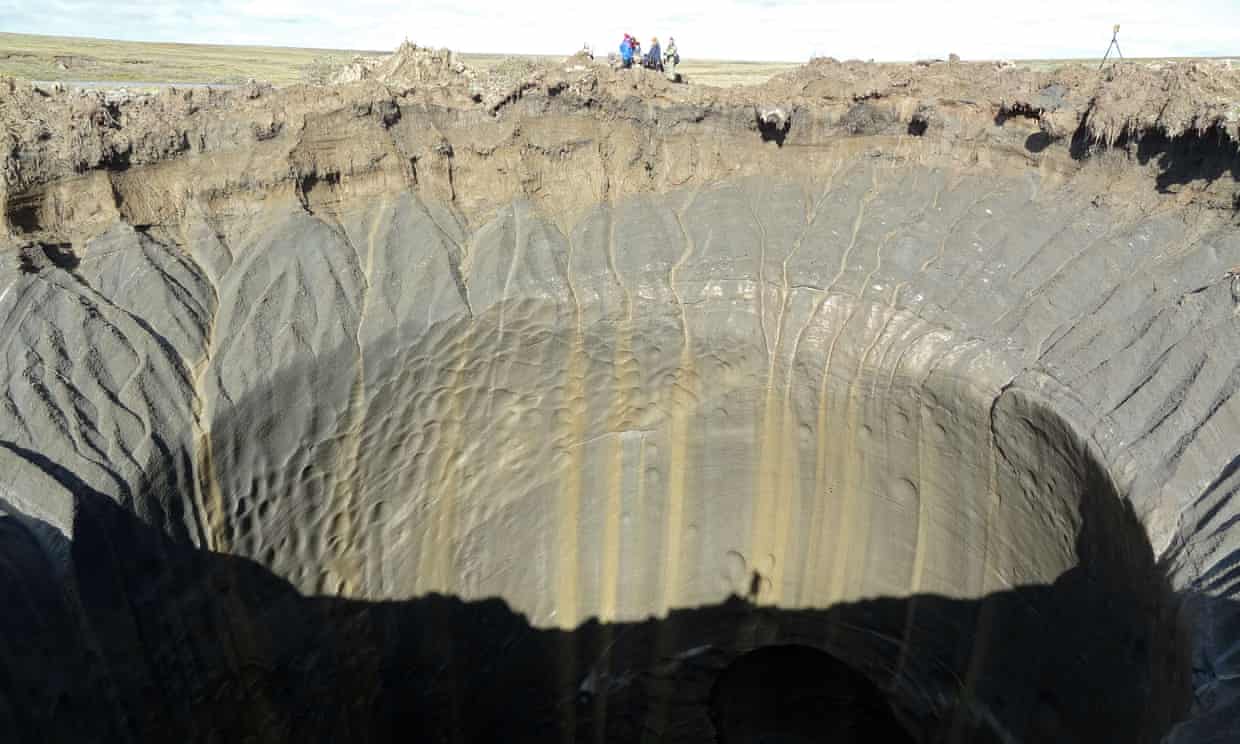 One of the giant craters discovered on the Yamal Peninsula. Photograph: Vasily Bogoyavlensky/AFP/Getty Images

A recent heatwave in Siberia’s frozen wastes has resulted in outbreaks of deadly anthrax and a series of violent explosions...

trange things have been happening in the frozen tundra of northern Siberia. Last August a boy died of anthrax in the remote Yamal Peninsula, and 20 other infected people were treated and survived. Anthrax hadn’t been seen in the region for 75 years, and it’s thought the recent outbreak followed an intense heatwave in Siberia, temperatures reaching over 30C that melted the frozen permafrost.

Long dormant spores of the highly infectious anthrax bacteria frozen in the carcass of an infected reindeer rejuvenated themselves and infected herds of reindeer and eventually local people. 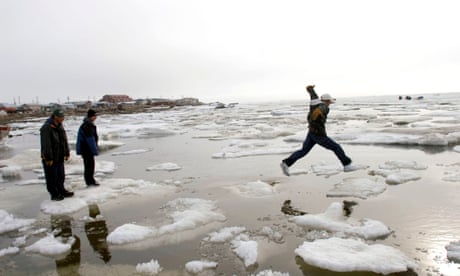 More recently, a huge explosion was heard in June in the Yamal Peninsula. Reindeer herders camped nearby saw flames shooting up with pillars of smoke and found a large crater left in the ground. Melting permafrost was again suspected, thawing out dead vegetation and erupting in a blowout of highly flammable methane gas.

Over the past three years, 14 other giant craters have been found in the region, some of them truly massive – the first one discovered was around 50m (160ft) wide and about 70m (230ft) deep, with steep sides and debris spread all around.

There have also been cases of the ground trembling in Siberia as bubbles of methane trapped below the surface set the ground wobbling like an airbed. Even more dramatic, setting fire to methane released from frozen lakes in both Siberia and Alaska causes some impressive flames to erupt.

Methane is of huge concern. It is more than 20 times more potent a greenhouse gas than carbon dioxide, and a massive release of methane in the Arctic could pose a significant threat to the global climate, driving worldwide temperatures even higher.