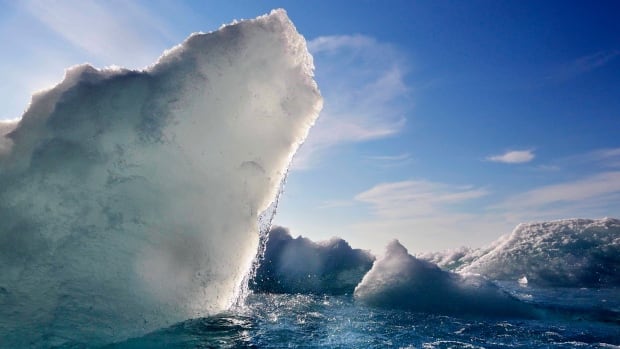 An international summary of five year's worth of research on Arctic climate change concludes the top of the world is getting warmer faster than anyone thought. (David Goldman/Associated Press)

'Most people don't understand how bad it is,' researcher says...

An international summary of five year's worth of research on Arctic climate change concludes the top of the world is getting warmer faster than anyone thought.

And if it all sounds interesting but a little far removed from southern concerns, David Barber has news for you.

"There are very clear linkages there and they've been occurring consistently for the last 10, 15 years," said Barber, one of Canada's top ice scientists and a prominent contributor to the report.

"Most people don't understand how bad it is."

The report completed for the Arctic Council, the group of eight countries that ring the North Pole, was released last week. It represents the work of 90 scientists from around the world and summarizes the most recent research from 2010 to 2016.

"Cumulative global impacts related to Arctic change are expected to be large," the document said. "Adaptation costs and economic opportunities are estimated in the tens of trillions of U.S. dollars."

The report concludes the Arctic continues to warm at twice the pace of mid-latitudes and is likely to see warming of up to 5 C as early as 2040.

By then, the report says, summer sea ice is likely to be a thing of the past. Glaciers and ice caps will continue to melt and contribute to continually rising seas.

Melting permafrost will affect everything from resource development to freshwater flows to climate feedbacks from the release of stored carbon.

Then there's this: "There are emerging impacts of Arctic change on mid-latitude weather/climate."

Last spring, he was on an Arctic voyage on the Coast Guard's research icebreaker, the Amundsen, when the trip had to be cancelled because the ship was pressed into weeks of search-and-rescue duty. Massive chunks of sea ice up to eight metres thick — ice that had migrated all the way from the Lincoln Sea north of Ellesmere Island — were threatening the maritime crab-fishing fleet

"It should not have been there," Barber said. "It was sinking little fishing vessels. It was causing problems with tankers stuck in the ice." 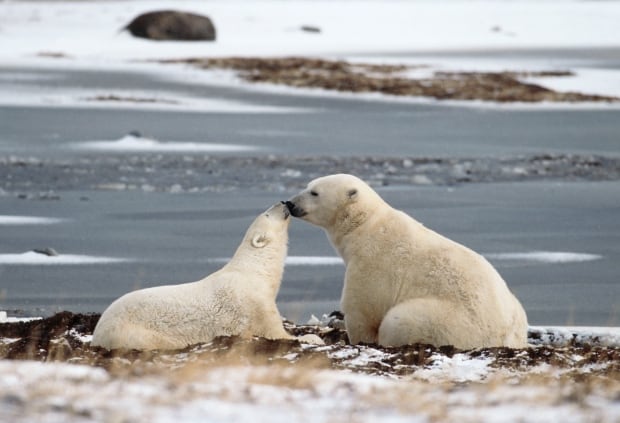 While the effects of climate change are already being felt across the landscape in the Arctic, such as on wildlife, the effects will stretch down into the rest of Canada soon. (Martin Harvey/WWF)

Breakdowns in the normal weather patterns in the High Arctic were allowing heavy, dangerous ice to drift further south.

"We expect this to happen more often in the future."

Barber said at least 15 new academic papers add weight to the theory that the loss of sea ice is causing changes in the upper atmosphere that disrupt southern temperatures and rainfall.

'These things are costing us.' - David Barber, glaciologist

Barber is already advising southern agencies on questions such as how future rainfall patterns might change how much electricity can be generated from hydro dams.

"I just came from a meeting with Manitoba Hydro where this was the main topic of discussion."

Global air currents are increasingly disrupted. At one point last winter, Barber said, the North Pole was 29 C warmer than average. Air from California was being drawn to the top of the world.

Climate change in the Arctic is well underway and can't be stopped. But the report says if nations meet their greenhouse gas reduction targets under the Paris agreement, changes in the Arctic will stabilize to a new normal some time around 2040.

"We should have started 20 years ago," Barber said. "We didn't get our act together and we're still dicking around trying to figure out how to price carbon.

"These things are costing us. And they're costing the stability of our planet."