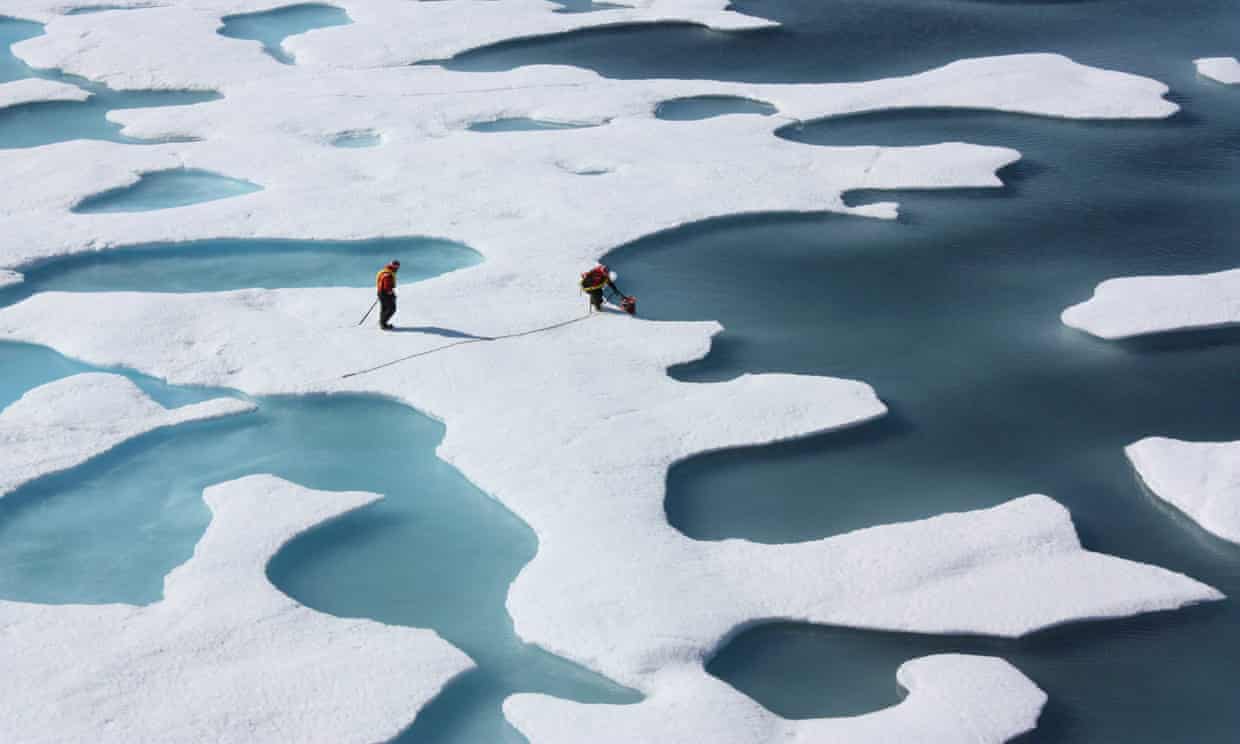 An area of Arctic sea ice about twice the size of Texas has vanished over the last 30 years, and the rate of that retreat has accelerated. Photograph: NASA/Reuters

From mid-June onwards, ice cover disappeared at an average rate of 29,000 miles a day, about 70% faster than the typical rate of ice loss, experts say...

The summer sea ice cover over the Arctic raced towards oblivion in June, crashing through previous records to reach a new all-time low.

That means a vast expanse of ice – an area about twice the size of Texas – has vanished over the past 30 years, and the rate of that retreat has accelerated.

Aside from March, each month in 2016 has set a grim new low for sea ice cover, after a record warm winter. 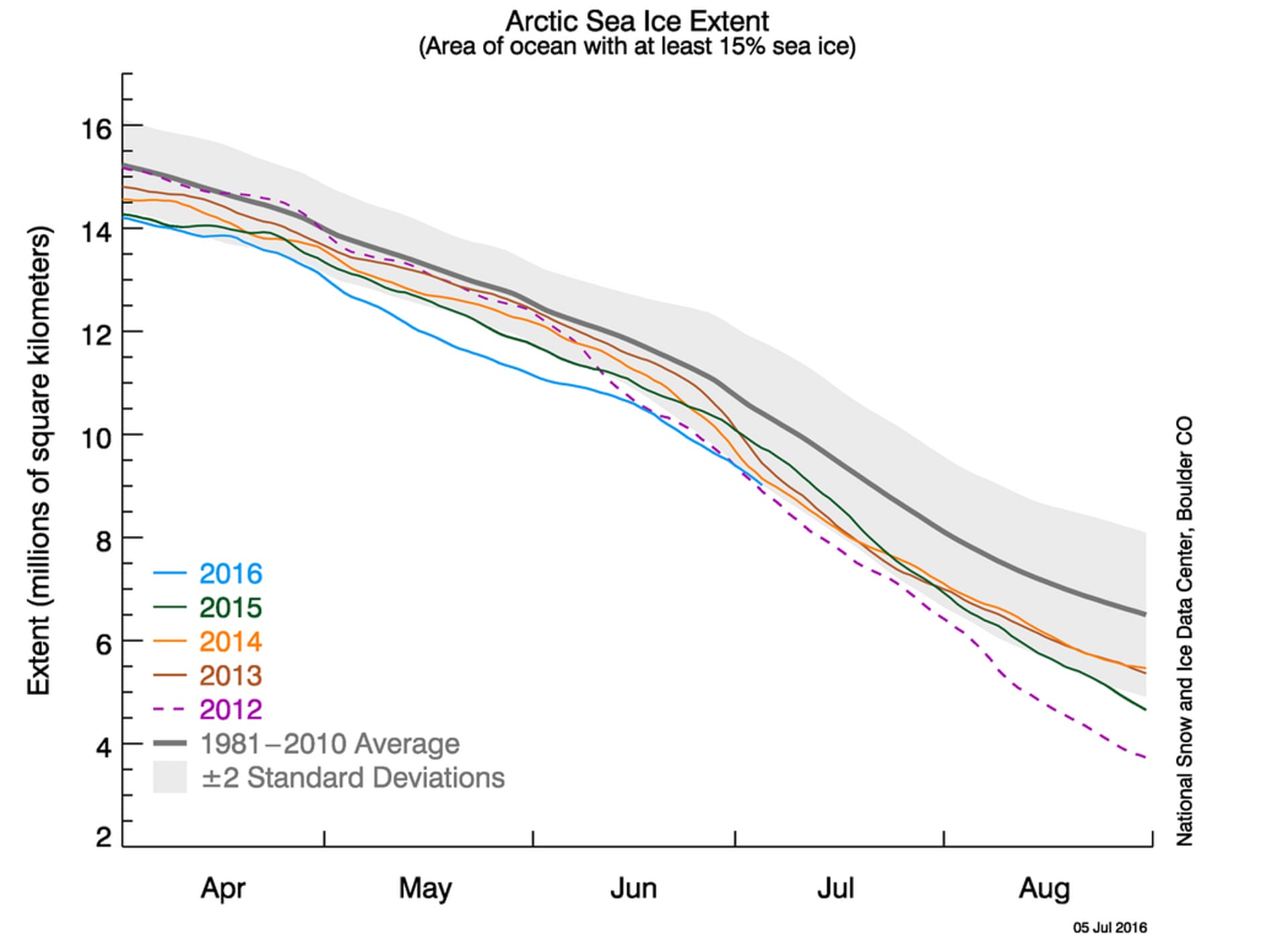 January and February obliterated global temperature records, setting up conditions for the further retreat of the Arctic summer ice cover, scientists have warned.

Researchers did not go so far as to predict a new low for the entire 2016 season. But they said the ice pack over the Beaufort Sea was studded with newer, thinner ice, which is more vulnerable to melting. Ice cover along the Alaska coast was very thin, less than 0.5 meters (1.6 ft).

The loss of the reflective white ice cover in the polar regions exposes more of the absorptive dark ocean to solar heat, causing the water to warm up. This goes on to raise air temperatures, and melt more ice – reinforcing the warming trend.

Scientists have warned the extra heat is the equivalent of 20 years of carbon emissions.

Related: Arctic sea ice fell to record low for May

The overall Arctic sea ice cover during June averaged 10.60m sq km (4.09m sq miles), the lowest in the satellite record for the month, according to the NSIDC.

There was more open water than average in the Kara and Barents seas as well as in the Beaufort Sea, despite below average temperatures, the NSIDC said. 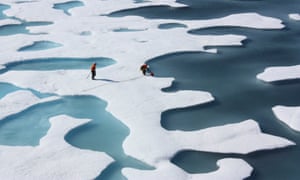 An area of Arctic sea ice about twice the size of Texas has vanished over the last 30 years, and the rate of that retreat has accelerated. Photograph: NASA/Reuters