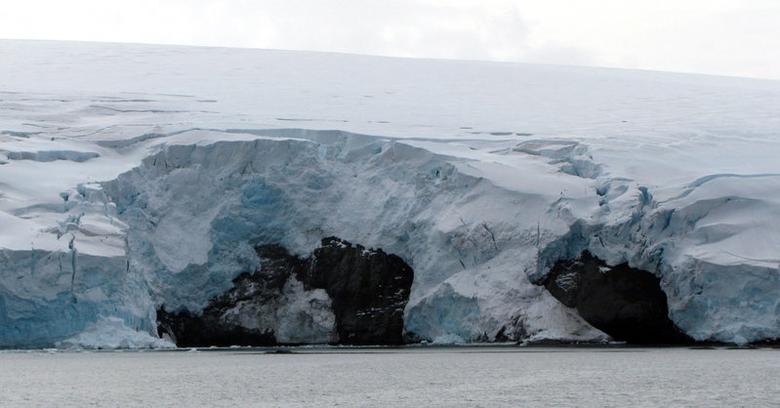 On King George Island in Antarctica, the thunderous sound of ice sliding off the Fourcade Glacier and crashing into the icy water bordering Argentina's Carlini research base serves as a daily reminder of a warming climate...

The glacier has retreated 500 meters (1,640 feet) over 25 years, scientists working on this island just north of the Antarctica Peninsula say, affecting an entire ecosystem of algae, sea lions and penguins, as well as raising sea levels.

The Antarctic Peninsula suffered the most severe temperature variation in the world, with average temperatures rising 2.5 degrees Celsius in 100 years, according to Sanchez, who accompanied Argentina's Foreign Minister Susana Malcorra and journalists to Carlini. 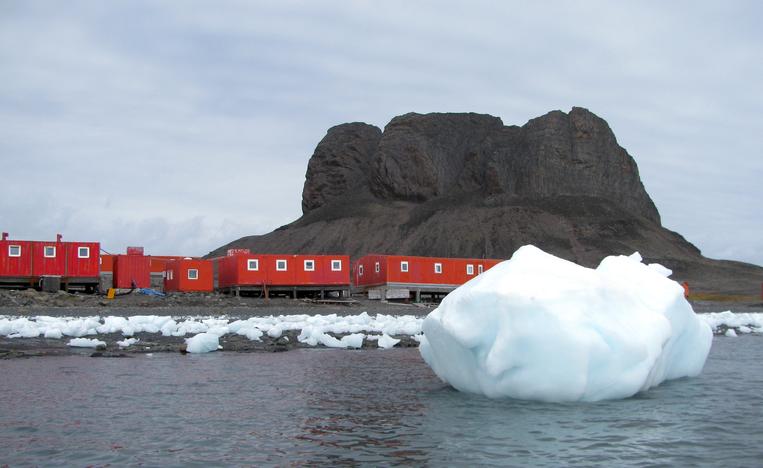 The European Union's Copernicus Climate Change Service said 2016 was the hottest on record by a wide margin.

An iceberg the size of the U.S. state of Delaware is poised to break off from the Larsen C ice shelf, an event that will fundamentally change the peninsula's landscape, Welsh scientists said earlier this month.

Scientists at Carlini, the largest research center of Argentina's 13 Antarctica bases, refer to ice blocks covering the base's beach in white before they melt as "debris" because of their role in transforming the region's fauna.

Widespread deaths of shrimp-like krill have jeopardized the food supply for mammals and birds at a protected wildlife reserve on King George Island, known in Argentina as May 25 Island.

Javier Negrete, a marine mammal specialist, said the colony of female elephant seals that normally come to the base between September and November to give birth was reduced by some 30 percent since 1995 to 320 last year.

"It's not clear if the animals are disappearing or relocating," he said.

Meanwhile, habitat for emperor and Adelie penguins is shrinking while King penguins and other species that are common in warmer climates are traveling farther south.

For human visitors, the changes observed over a quarter of a century at the Carlini base have been abrupt.

"I started coming here in 1990. It snowed, but it did not rain... now in the summer it is raining all the time," said Sanchez.

By Nicolás Misculin
CARLINI BASE, Antarctica