AS CITIES GET WARMER, THEIR TREES LOSE SOME OF THEIR ABILITY TO TAKE CARBON OUT OF THE ATMOSPHERE... 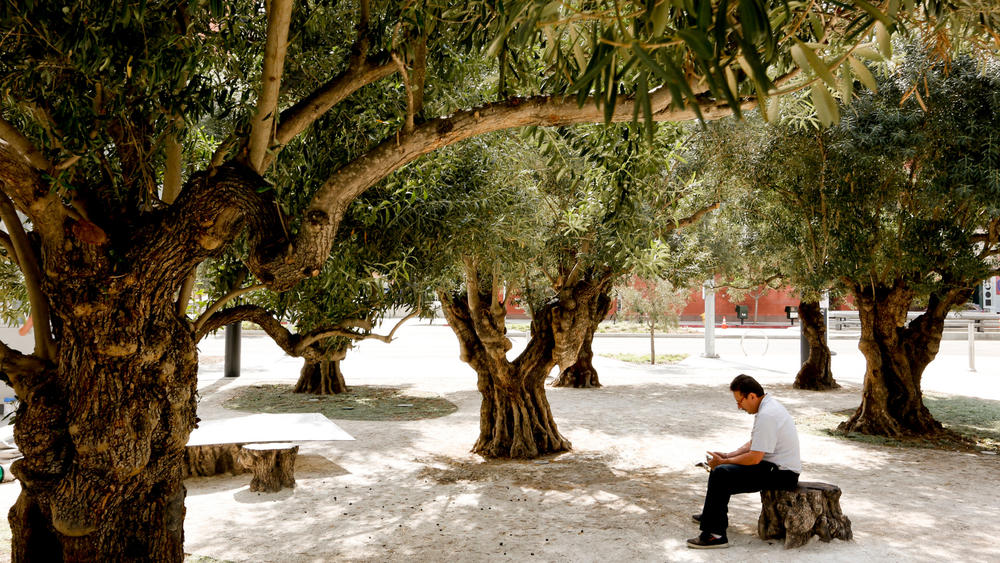 All hail the urban tree!!!

These woody wonders standing sentinel along sidewalks and in city parks do more to improve our lives than most of us realize.

Trees filter our air and water and increase biodiversity in our neighborhoods by providing habitats for animals. Just being near them has been shown to improve our health: One study found that people who live on tree-dense blocks are less likely to suffer from hypertension, obesity and diabetes than those who don’t.

We’ve all taken refuge in the shade of a leafy canopy on a hot day, but trees keep us cool in another way as well. When they photosynthesize they open tiny pores on their leaves called stomata that allow for gas exchange with the atmosphere. An open stoma also enables water inside the leaf to evaporate, which in turn causes the air around the leaf to cool. En masse, this process acts like a natural air conditioner.

City trees also provide essential carbon storage. During photosynthesis they “inhale” carbon dioxide from the atmosphere through their stomata and then incorporate its components into their tissues as they grow. This reduces CO2 concentrations in the air, ultimately slowing down the effects of global warming.

A recent study found that the total amount of carbon stored in urban trees in the U.S. is 643 million tons and that city trees suck up an additional 25.6 million tons of carbon from the atmosphere each year.

But their ability to perform this critical work may soon be hampered. New research suggests that as the planet and its cities get warmer, the ability of urban trees to take carbon out of the atmosphere is diminished.

In a study published this week in Proceedings of the Royal Society B, scientists report that urban warming was associated with an estimated 12% loss of carbon sequestration, or the ability of trees to store carbon.

To come to this conclusion, a research team led by Emily Meineke, a postdoctoral research fellow at Harvard University, followed 40 individual trees in 20 locations in Raleigh, N.C., over three years. 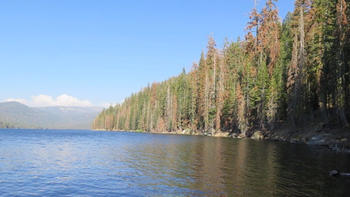 The High Sierra forest is dying, and you can't count the loss in dead trees

To pick her study sites, Meineke scoured satellite maps to find 10 areas of the city that are relatively cool and 10 that are unusually warm. In general, the hotter areas were those that were covered by impervious surfaces such as asphalt and buildings. Cooler areas were those with more trees and bushes. The difference in temperature was subtle, however — just 2 or 3 degrees Fahrenheit.

Next she selected two willow oak trees in each of the 20 areas. One tree was sprayed with a horticultural oil that kills tree-eating bugs; the other tree was left alone.

Meineke predicted that the unsprayed trees in the warmer areas of Raleigh would grow more slowly than those in cooler areas (and therefore store less carbon), because trees in hotter areas would have a greater abundance of bugs living in them.

Insects are exothermic, which means their body temperature varies with outdoor temperature. As the air heats up it causes their metabolic activities speed up. Therefore, bugs living in hotter environments grow out of their younger more vulnerable stages faster, produce more eggs and have more young.

“We expected to see more insects in the hotter areas because this is how insects respond to warming in general,” Meineke said.

After three years of measurements, the researchers found that bugs were more abundant in unsprayed trees in the warmer regions than those in the cooler regions. They also found that trees in hotter areas grew more slowly and stored less carbon than those in cooler areas.

However, when they compared new growth in trees that had been sprayed with the insecticide and those that hadn’t, they discovered that insect abundance only affected growth on the branches where the bugs were living rather than total growth overall.

“We don’t know exactly how much carbon is sequestered in new branches, but in a total tree, it’s not very much at all,” Meineke said.

So, what was causing growth to slow down in hotter areas?

Meineke and her team think the culprit might be the urge to save water as temperatures climb.

“We think the tree is essentially saying, ‘I need to conserve water, so I’m going to close my stomata now,’” she said.

Although this choice is an effective way for a tree to protect its water, it also hampers its ability to photosynthesize, create energy, grow and sequester carbon.

Meineke said the work has implications for city planners who are counting on the urban forest to store carbon.

“As it gets warmer, the effects we found are only going to get more intense,” she said. “One of the messages of the study is if we want trees in cities to sequester carbon, we should plant trees that can do that when it’s hot and dry.”