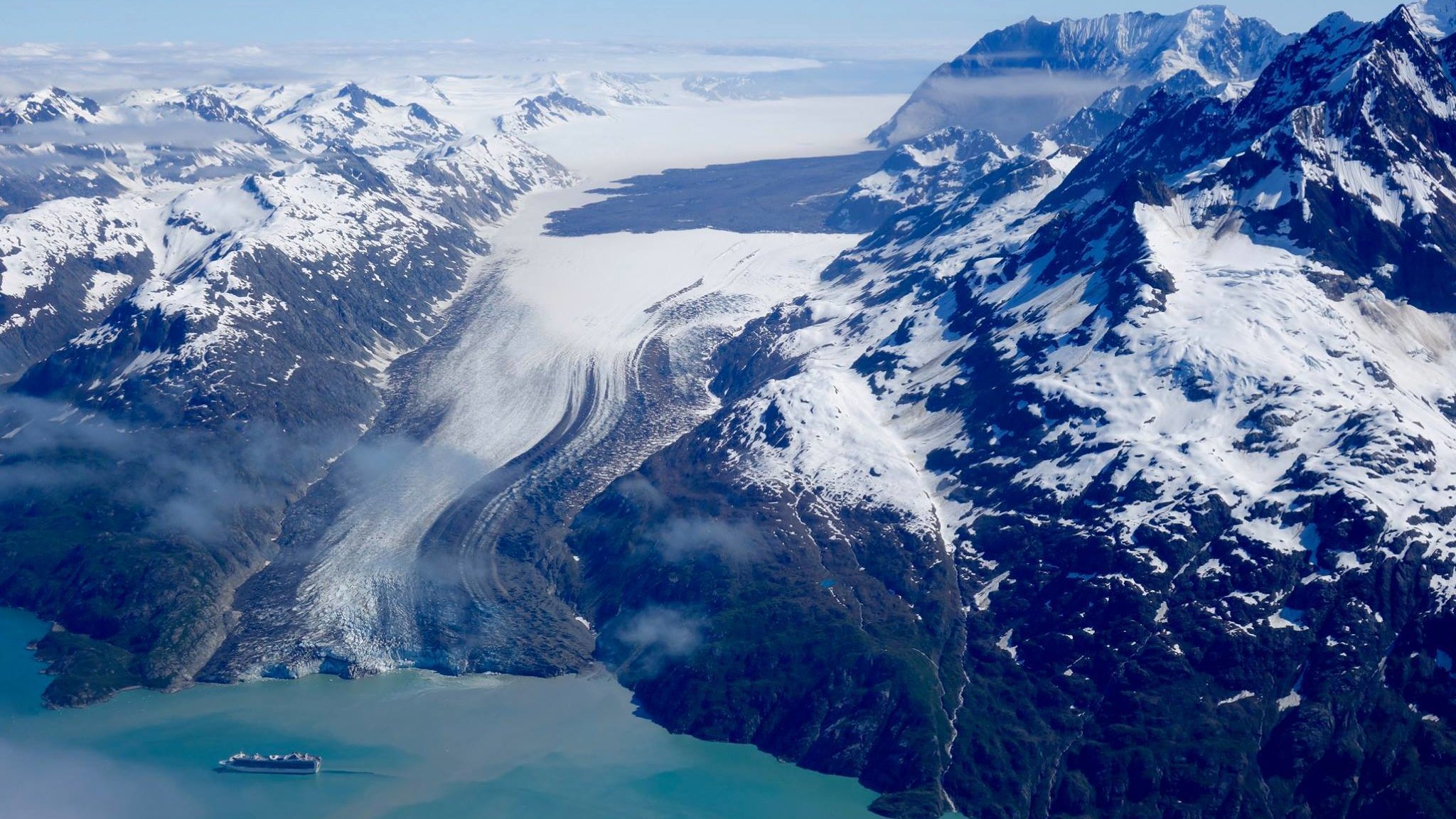 A landslide on the Lamplugh Glacier, in Glacier Bay National Park, Alaska, on June 28 caused seismic tremors about as strong as a small earthquake. Credit Paul Swanstrom/Mountain Flying Service

An enormous landslide that spread rocky debris more than six miles across a glacier in southeastern Alaska last week was not the first to occur in the area, and certainly will not be the last...

The slide, first noticed by Paul Swanstrom, a sightseeing pilot, on June 28, occurred when part of a mountain gave way near Lamplugh Glacier, in Glacier Bay National Park, about 100 miles northwest of Juneau.

Photographs taken by Mr. Swanstrom several hours after the slide showed a dark mass spread over the glacier, which is about eight miles long and ends in Johns Hopkins Inlet, part of Glacier Bay. A cloud of dust from the slide was still visible.

The slide caused seismic tremors that had a magnitude of 2.9, about as strong as a small earthquake, according to data from the Alaska Earthquake Center.

The source of the slide appears to be a peak on the west side of the glacier that was more than 6,500 feet high. It is unclear how much rock broke away, but the Lamont-Doherty Earth Observatory estimated the slide involved more than 165 million tons of material.

The Alaska Panhandle in and around Glacier Bay National Park has been the source of many large landslides in recent years.

Scientists say the slides will most likely continue as warming temperatures cause more glacial melt. Glaciers buttress the mountainsides that surround them; when the ice disappears, the slopes lose some of their support, and erosion or earthquakes can cause them to collapse.

A mountainside next to Tyndall Glacier gave way in October after heavy rains. The debris slid into an arm of Icy Bay, causing a tsunami that struck a hillside across the water from the slide, shearing off trees at an elevation of more than 500 feet.

This part of Alaska was also the scene of what is thought to be the largest tsunami ever measured, in Lituya Bay, a small inlet on the coast about 30 miles southwest of Lamplugh Glacier.

On the evening of July 9, 1958, a 7.7-magnitude earthquake shook loose a huge mass of rock that fell 3,000 feet from atop a mountain into the bay. The resulting wave scoured vegetation 1,720 feet up on the opposite hillside. Three fishing boats were in the bay at the time; two made it through the event safely but the third, with two people onboard, was never seen again.