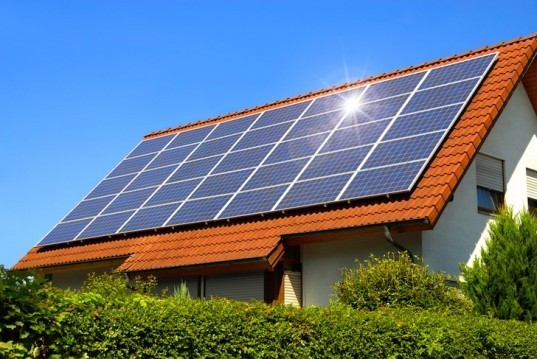 For everyone who lives and votes in Florida, it is absolutely critical to understand the ballot initiative called

This initiative was created, written, funded and is being pushed by the fossil fuels industry with help from the Koch brothers and claims to be protection for consumers. Here’s the ballot summary:

This amendment establishes a right under Florida's constitution for consumers to own or lease solar equipment installed on their property to generate electricity for their own use. State and local governments shall retain their abilities to protect consumer rights and public health, safety and welfare, and to ensure that consumers who do not choose to install solar are not required to subsidize the costs of backup power and electric grid access to those who do.

The first problem is that the amendment ‘establishes a right’ — for consumers to put solar systems on their roofs — that already exists here in Florida. Enshrining roof-top solar in the state constitution — next to state militia policies and judicial apportionment processes — seems like a bit of overkill. If you’re like me, you’re probably wondering why the fossil fuel industry would spend almost $20 million doing something unnecessary, even if it would be nice for consumers. Maybe they’re after something else?

Let’s look at this phrase from the second sentence: ‘… ensure that consumers who do not choose to install solar are not required to subsidize the costs of backup power and electric grid access to those who do’.

Again, on the surface this sounds well-meaning. I certainly wouldn’t want to have to pay part of the cost of a gas generator used by a roof-top solar consumer as ‘backup power’, would you? Oh, wait, that’s not what ‘backup power’ means for the purposes of this amendment. From the actual text of the proposed amendment:

OK, real quickly, here’s why that’s wrong. There are 2 basic types of ‘roof-top’ consumer solar power: off-the-grid, where there is no connection to the local electric utility (which doesn’t apply here, obviously) and ‘net-metering’, where the home’s normal electric utility connection stays in place and circuitry is added (completely at the home-owner’s expense) to sell excess solar-generated electricity to back to the utility or buy extra electricity from the utility when the solar panels don’t produce enough (like at night). The electricity I may have to buy from the utility isn’t ‘backup power’, it’s the exact same electricity every other consumer buys and is delivered through an identical power grid.

So again we’re being purposely misled, and we again have to wonder why. Here’s a passage from a lawsuit filed against putting this amendment on the ballot:

... by explaining that the amendment would ensure that ordinary customers would not have to subsidize solar users’ “electric grid access,” the summary would mislead voters into thinking that it applied only to the cost of converter boxes and wires to connect to the utilities’ power pole. The definition of electric grid access reveals that the effect of the amendment would be to endorse a controversial accounting theory that would allow utilities to pay much less for electricity generated by rooftop solar.

Related and must read: ThinkProgress Article on Amendment 1

The controversial accounting theory holds that utilities should only have to pay for the cost of the fuel saved (by not having to generate the electricity themselves) when they buy excess electricity from roof-top solar systems. Fuel accounts for about 1/3 of the total cost of electricity, so if electricity costs 12 cents per kilowatt-hour, the utility would pay 4 cents. But then they would turn around and sell that same kilowatt-hour to the consumer next door to me for 12 cents….. and make 8 cents profit from electricity that they didn’t even produce!

I highly recommend reading the entire document in the link just above because it lays out all of the arguments against this amendment far better than I have.

So what’s the bottom line? Buried in the fine print of the definitions, this amendment would allow utilities to charge more than the market rate for electricity sold to ‘roof-top’ solar customers when they need it, and to pay less than market rate for the excess electricity purchased from the same customer. The legalese is a bit dense, but once you get past the notion that the fossil-fuel utilities are spending almost $20 million to do something nice for consumers, it gets easier to understand and believe.

Why does this matter? Well, I’m a Florida resident contemplating installing roof-top solar (i actually am, believe it or not). My cost-benefit analysis looks good as long as I can count on buying and selling electricity at the market rate. If I have to pay more for what I buy and get less for what I sell, it starts to make less financial sense to do this.

Since the amendment as proposed doesn’t include any limits on how badly the utility is able to screw me — in both directions, no less — it’s not very likely I’m going to invest a large sum (probably over $20,000) in a roof-top solar system I really, really want, at least until the fallout from this amendment is known.

What makes this doubly upsetting is that Florida is one of the absolutely best places in the US for solar power, and it actually helps fossil-fuel utilities by decreasing daytime peak power requirements.

So my plea to all Florida residents reading this is to read the details in the links above and below, think hard about why the fossil-fuel utilities would be pushing so hard for an amendment that is so innocuous on the surface, and hopefully, like me, vote against Amendment 1.

And if you live in another state — even if you don’t have a jerk for a governor like our Skeletor — keep your eyes open for this kind of ‘trojan horse’.