AUSTRALIA ANNOUNCES A$1 BILLION CLEAN ENERGY FUND, IN BREAK WITH PAST... 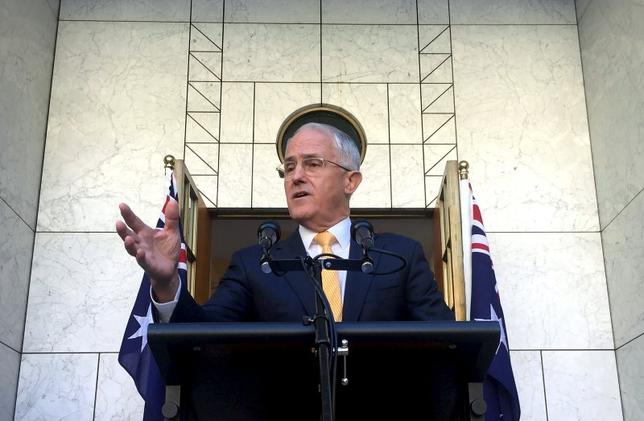 Abbott, a climate change skeptic who was ousted in a party coup by Turnbull in September, also faced criticism for his strong support for the coal industry and for scrapping an ambitious carbon tax and emissions trading plan in 2014.

"What that is going to do is every year invest A$100 million in the smartest, most cutting edge Australian clean-energy technologies and businesses to ensure that we ... play our part in cracking the very hard problems, the challenging technical difficulties that we face in terms of reducing emissions," he told reporters.

Abbott pledged that the world's largest exporter of coal and iron ore would cut emissions by 26-28 percent of 2005 levels by 2030, a target he submitted as part of negotiations on a global climate deal in Paris last year.

Abbott also sought and failed to scrap the country's Clean Energy Finance Corporation and the Australian Renewable Energy Agency, which Turnbull said on Wednesday would be retained.

Australia is one of the largest carbon emitters on a per capita basis due to its reliance on coal-fired power plants, and critics say it has done little to match ambitious targets set by the United States and Europe.

"This will be investing in storage, in new battery technology, in smart grids, in some of the exciting solar visions that people have hoped for and imagined for Australia but which are only now really becoming reality," he said.

Public support for more action on climate change is strong in Australia, according to recent polls.

A poll released in August by the Climate Institute showed 63 percent of Australians wanted more action on climate change, up six percentage points from 2014.

Turnbull, who has long held progressive views on climate change, has drawn criticism since coming to power for not moving more swiftly to strengthen Australia's response to climate change.