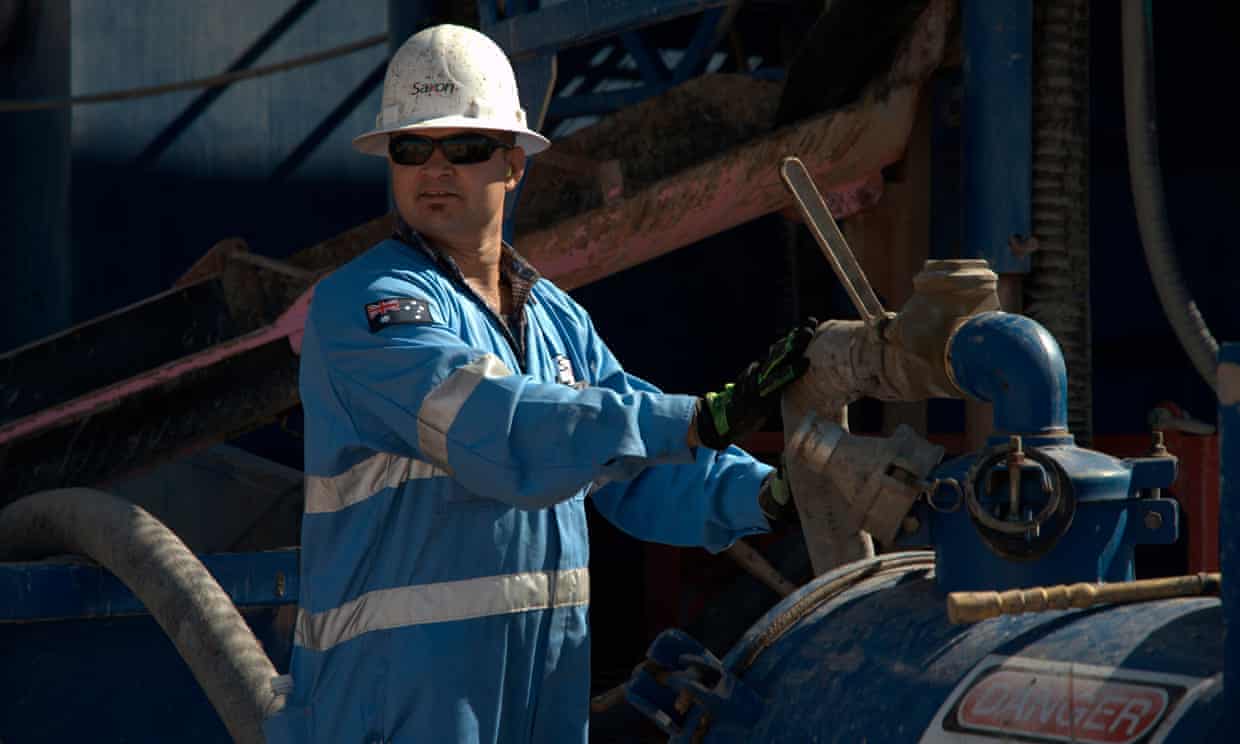 Gas accidentally released directly to the air during extraction or transportation, in what are called ‘fugitive emissions’, could swamp the benefits of gas over coal. Photograph: Reuters

The coal-seam-gas industry could be vastly underestimating its emissions, jeopardising Australia’s commitments made at Paris and swamping any benefits gas has over coal, according to a landmark report by the Melbourne Energy Institute, commissioned by the Australia Institute.

The report found the industry’s true emissions could easily amount to twice the emissions Australia has promised to cut by 2030.

“We’re potentially not measuring the equivalent of the emissions from our entire transport sector,” said Mark Ogge, principal advisor at the Australia Institute.

“If the emissions are a lot more than what is being estimated now, it could jeopardise our commitments made at Paris,” said report author Tim Forcey from the Melbourne Energy Institute.

Gas has been spruiked as the lower-emissions fossil fuel since, when burned, it emits 60% less carbon dioxide than coal for each unit of energy produced.

But unburned gas – mostly made up of methane – is a much more powerful greenhouse gas than carbon dioxide, exerting a warming influence 84 times that of carbon dioxide over a 20-year time frame.

As a result, gas accidentally released directly to the air during extraction or transportation, in what are called “fugitive emissions”, could swamp the benefits of gas over coal.

According to research compiled by experts at the Melbourne Energy Institute, when fugitive emissions reach 3.2% of the overall gas produced, gas loses its edge over coal.

While there have been no reliable studies of the actual fugitive emissions in the Australian coal-seam-gas industry, the industry itself claims they amount to only 0.1% of the gas produced. That figure was used in the environmental impact statements used to get approval for the huge gas liquefaction plants recently built in Gladstone.

But when the government reported to the UNFCCC on Australia’s total emissions in 2014, it assumed fugitive emissions were five times higher than that suggested by the industry, at 0.5% of gas produced.

However, studies of unconventional gas – shale and coal seam gas – in the US have found fugitive emissions are often as much as 17% of the gas produced.

Moreover, that figure is set to grow significantly. Between 2013 and 2017, Australia is projected to triple its gas production in the eastern states, mostly in order to service the liquefied natural gas export industry. There are currently 6,000 wells in eastern Australia servicing that industry, a figure expected to grow to at least 20-fold in the next 20 years.

For some aspects of gas production, emissions reported to the UNFCCC were said to be zero, despite there being a likelihood of very large leaks from those sources.

The report said the government relied on one study to claim several processes had no fugitive emissions, despite that report explicitly acknowledging large leaks that it wasn’t able to properly measure, because the measuring equipment was being overwhelmed by gas leaking from other sources – including sources assumed to have no emissions when Australia reports to the UNFCCC.

“It would have been like being in a hurricane and being asked to measure the water coming from a leaking tap,” said Forcey.

This year, the UNFCCC urged Australia to improve its measuring of fugitive emissions.

In light of the growing industry, the new report called for fugitive emissions to be independently verified by a regulatory body funded by a levy on the industry.

And since one of the difficulties in measuring methane emissions was a lack of baseline studies, the report called for compulsory baseline methane measurements in any area being considered for oil and gas development.

Within about five years, Australia is expected to overtake Qatar as the biggest exporter of liquefied natural gas, much of which will be produced from CSG wells in the eastern states. In 2021, both Qatar and Australia will export roughly the same amount of gas. But because of generous tax breaks to the fossil fuel industry, Fairfax Media reported this month that Qatar will receive $26.6bn in tax revenue, while Australia will receive less than $1bn.