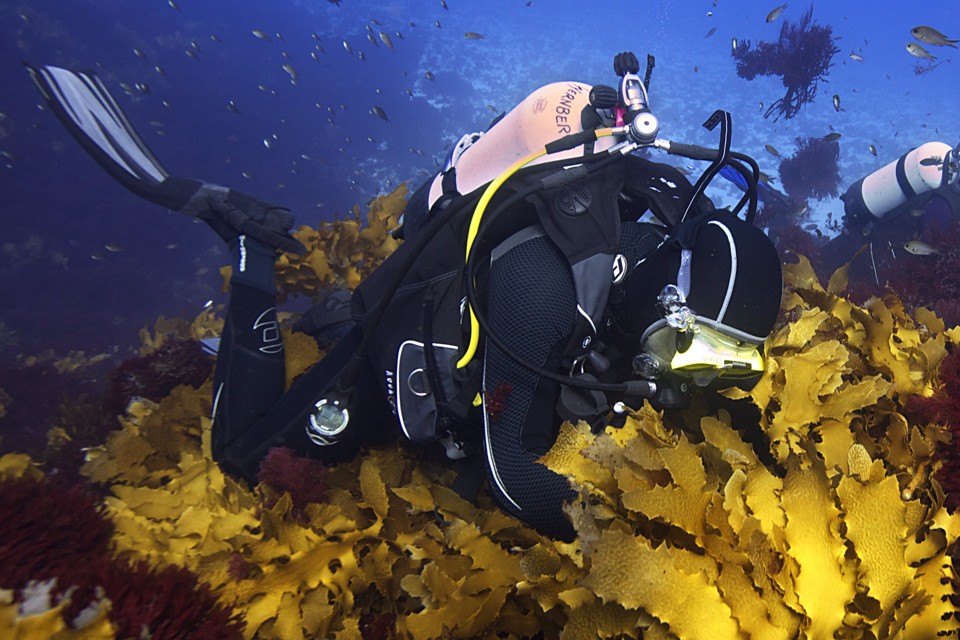 While the world panics about the Great Barrier Reef, an even larger and more valuable habitat is collapsing under our noses...

Imagine arriving at a region famed for its forests—the Pyrenees or the Rockies, perhaps—and discovering that all the trees had vanished. Where just a few years ago there were trunks and leaves, now there is only moss. That’s how Thomas Wernberg and Scott Bennett felt in 2013, when they dropped into the waters of Kalbarri, halfway up the western coast of Australia.

They last dived the area in 2010. Then, as in the previous decade, they had swum among vast forests of kelp—a tagliatelle-like seaweed whose meter-tall fronds shelter lush communities of marine life. But just three years later, the kelps had disappeared. The duo searched for days and found no traces of them. They only saw other kinds of seaweed, growing in thin, patchy, and low-lying lawns. “We thought we were in the wrong spot,” says Bennett. “It was like someone had bulldozed the reef. It was like a moonscape underwater—scungy, brown, and empty.”

The culprit—surprise, surprise—is climate change. The waters near western Australia were already among the fastest-warming regions in the oceans before being pummeled by a recent series of extreme heat waves. In the summer of 2011, temperatures rose to highs not seen in 215 years of records, highs far beyond what kelps, which prefer milder conditions, can tolerate. As a result, the kelp forests were destroyed.

Before the heat wave, the kelps stretched over 800 kilometers of Australia’s western flank and cover 2,200 square kilometers. After the heat wave, Wernberg and Bennett found that 43 percent of these forests disappeared, including almost all the kelps from the most northerly 100 kilometers of the range. “It was just heartbreaking,” says Bennett. “It really brought home to me the impact that climate change can have on these ecosystems, right under our noses.”

“They have provided alarming and detailed evidence for one of the most dramatic climate-driven ecosystem shifts ever recorded,” adds Adriana Verges from the University of New South Wales.

Indeed, if you think “reef” and “Australia” and you’ll probably picture the Great Barrier Reef—a  wonderland of corals off the country’s eastern flank. It’s also experiencing an annus horribilis: a bleaching event that is breaking records and reducing staunch marine scientists to tears and cursing. But while the corals rightly capture attention, far fewer people know about Australia’s other reef—the Great Southern Reef, where kelps, not corals, are king.

“If kelps don’t bounce back from a big disturbance after a few years, you know something is deeply wrong.”

The Great Southern Reef envelops the bottom half of Australia in a W-shaped embrace. At 8,000 kilometers, it’s over three times the size of the Great Barrier Reef. It’s also worth more. Recently, Wernberg, Bennett, and their colleagues estimated that it feeds $10 billion dollars into Australia’s economy every year through tourism and fishing. The country’s two most valuable fisheries, for rock lobster and abalone, are critically dependent on kelp, and bring in four times the wealth of all the commercial fishing in the Great Barrier Reef combined. Both are now under threat.

And yet, the kelp reefs are “completely neglected in terms of funding, political, and public awareness,” says Bennett. “Over 70 percent of Australians live adjacent to these things and use them every day, but they’re just not in the public perception.”

Like the corals, the kelp forests host thousands of species, many of which are found nowhere else. Part the wavy fronds and you’ll find a thriving menagerie of crayfish, sponges, crabs, cuttlefish, and colorful fish. Theirs is a three-dimensional world full of layers and hiding places. Since the 2011 heat wave, that high-rise metropolis is gone, replaced by a flattened sprawl. The local flora and fauna have also changed, with the former temperate inhabitants swapped for more tropical species.

Five years later, nothing has changed—a profoundly troubling sign. “The reason we haven’t heard a ton about kelps and climate change in the popular press is because they are the rock stars of marine resilience,” says Jarrett Byrnes from the University of Massachusetts Boston. “Hit them with storms and nutrient-poor water, and within a handful of years they will rebound. Let urchins have at them for decades, and as soon as sea otters come back and remove the urchins, boom, kelp pops back shortly thereafter. If kelps don’t bounce back from a big disturbance after a few years, you know something is deeply wrong.”

Partly, says Pippa Moore from Aberystwyth University, that’s because Australia’s western coast is dominated by a strong current that flows southwards, and stops kelp spores from seeding the northern sites that they disappeared from. “Many kelps have pretty poor dispersal at the best of times, but going against the current? It’s unlikely that you’ll see them return to the Kalbarri area.” And spores that do make the journey are rapidly eaten by tropical grazers like parrotfishes and rabbitfishes, which have now exploded in the area. “We moved smallish patches of kelp back, and they were consumed within 48 hours,” says Bennett. 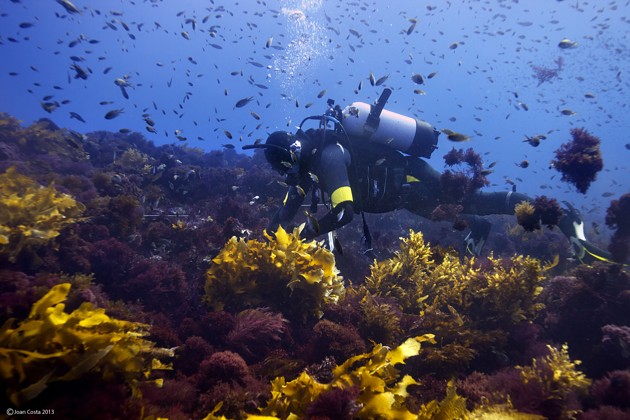 The ocean is only going to get hotter, and extreme events like the 2011 heat wave will become more common. The kelps will recede further southwards until they can’t any more. Kelps need to fasten themselves to rocks, and at some point, “they’ll run out of habitat,” says Wernberg. “There’ll be no rock, just deep water until you get to Antarctica. We’ll likely see local extinctions over large areas.”

Can anything be done? Unless the world can substantially cut down on carbon dioxide emissions, the most that locals can do is to control things like sewage run-offs, which weaken the kelps and make them more vulnerable to climate change. But that’s a stalling tactic, not a solution. “You could try assisted translocation, taking kelp from other areas and planting them up north,” says Wernberg. “But with all the herbivores, anything you put up there would need to be caged.”

The same events are happening elsewhere in the world. In Europe and Japan, kelp forests have also been pushed towards the poles by rising temperatures. “All over the world, organisms are migrating to stay within their preferred environmental conditions,” says Gretta Pecl from the University of Tasmania. “We are now experiencing the largest climate-driven redistribution of species since the last [Ice Age].” She adds that while scientists know a fair bit about how organisms move in response to gradually increasing temperatures, the kelp story reveals that a single extreme event can have a dramatic effect.

“Wernberg and colleagues have captured the moment that shifting climate drove the kelp bus off the cliff, and charted the way into a brave new uncertain ocean future,” says Byrnes.