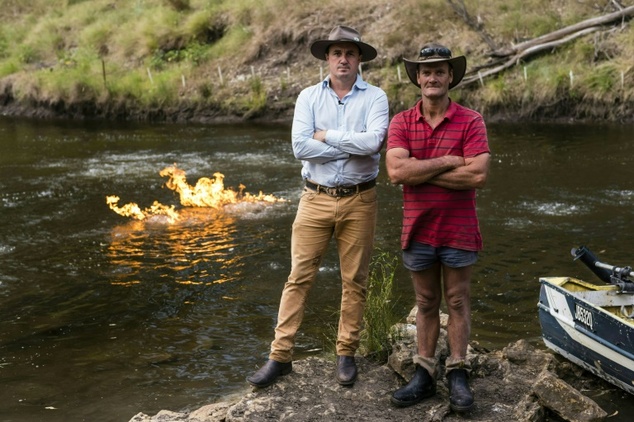 An Australian MP is blaming seeping methane from a nearby fracking site for making it possible for him to set Queensland's Condamine River on fire.

Jeremy Buckingham — a Greens party MP for New South Wales — posted a video of the incident to his Facebook page on Friday. As of Saturday afternoon, it had been shared more than 50,000 times.

"Unbelievable! A river on fire. Don't let it burn the boat," he says in the video. "The most incredible thing I've seen. A tragedy in the Murray-Darling Basin."

The Murray-Darling Basin is the largest river system in southeastern Australia and a significant source of fresh water for drinking and agriculture.

Buckingham said the river burned for more than an hour. He believes the nearby coal seam gas (CSG) operations were to blame.

"This area has been drilled with thousands of CSG wells and fracked. This river for kilometres is bubbling with gas and now it's on fire," he said.

"This is the future of Australia and the Murray-Darling Basin if we do not stop the frackers who wants to spread across all states and territories ... this is utterly unacceptable."

The Greens are campaigning to ban fracking in Australia.

Reports of gas seeps in river

There have been reports of methane seeps in the Condamine River— located near Chinchilla in southwest Queensland — since 2012, triggering a series of investigations.

A report by Norwest Corporation, a scientific analysis firm, outlined several scenarios that could be contributing to the bubbling in the river. These included natural events such as drought and the recharging of aquifers after floods.

Human activity such as CSG operations and water bore drilling were the other possible contributing factors. 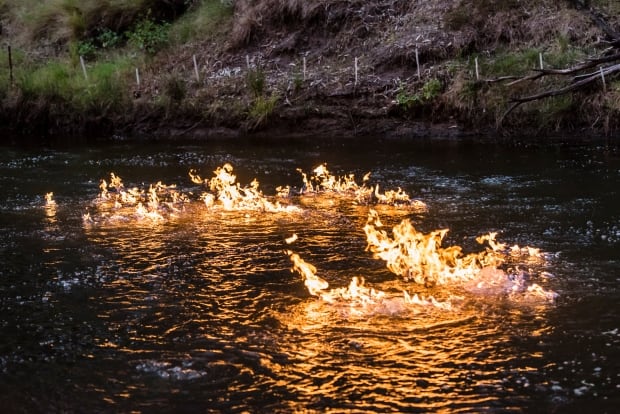 "The isotopic signature is telling us it's coming from coal at that point in the landscape but coal is quite close to the surface and there's a naturally existing small fault line, which cuts the river at that point," he said.

Barrett said research over the past 12 months showed the rate of the gas bubbling in the river was increasing.

Origin Energy, which operates CSG wells in the district, has also been monitoring the bubbling.

"We're aware of concerns regarding bubbling of the Condamine River, in particular, recent videos demonstrating that this naturally occurring gas is flammable when ignited," a statement from the company said.

"We understand that this can be worrying, however the seeps pose no risk to the environment, or to public safety, providing people show common sense and act responsibly around them.

"Ongoing research has identified several scenarios that could be contributing to the seeps including the natural geology and faults (formed tens-of-millions of years ago), natural events such as drought and flood cycles as well as some human activity, which includes water bores and coal seam gas operations."

With files from CBC News