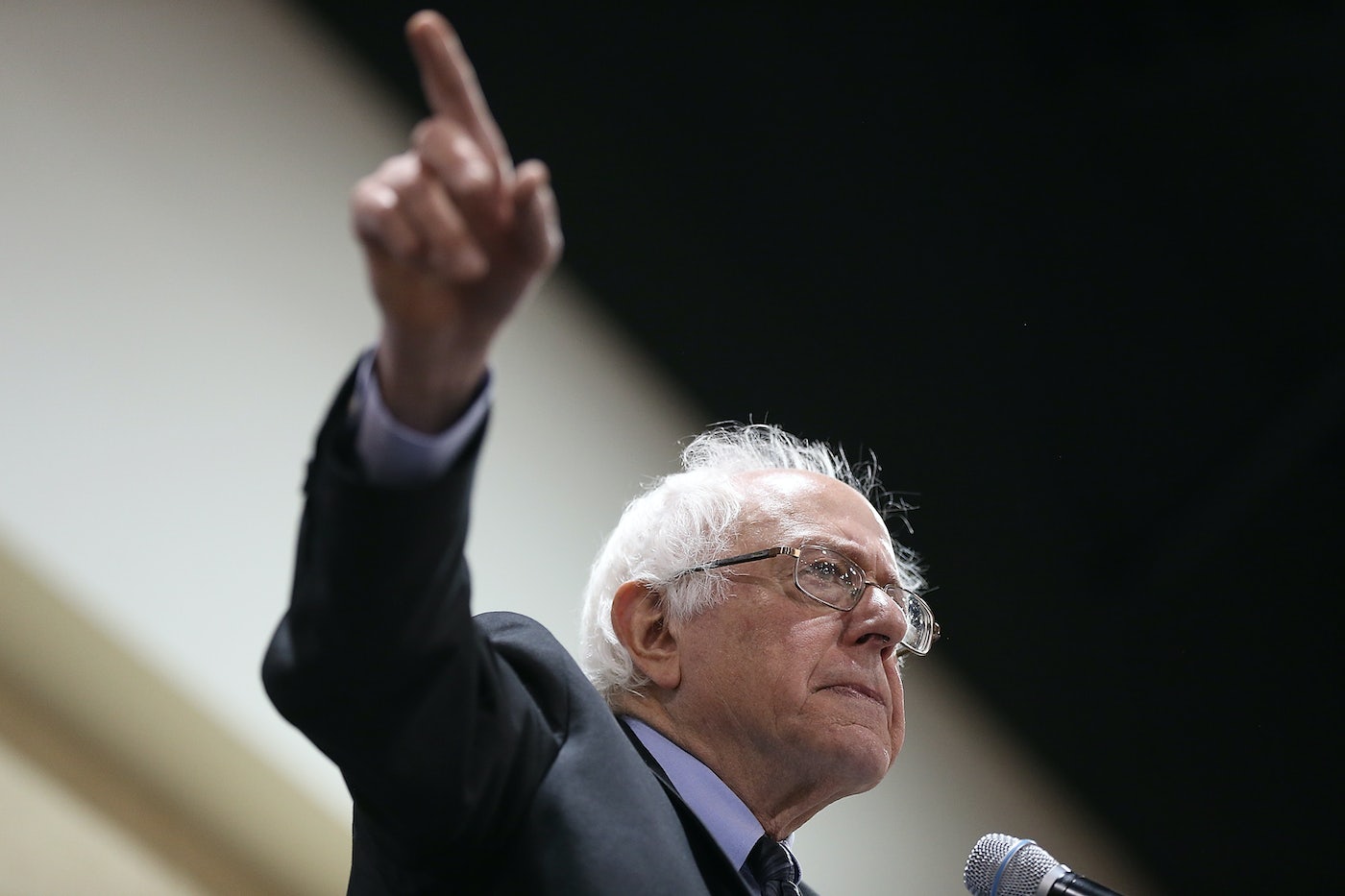 Hillary Clinton keeps adopting his positions, but not this one...

Sanders took these very same positions long before the launch of his campaign, a green radicalism that Clinton has somewhat diluted. But a fracking ban remains safely his issue. Whether that’s an advantage or disadvantage is another question entirely.

Fracking, in which a chemical cocktail is injected deep underground to extract oil and natural gas, is a controversial drilling method—and not just among environmentalists. A growing body of evidence links the process to contaminated water and earthquakes, and methane—which is leaked during natural gas extraction, shipment, and storage—is an even more potent greenhouse gas than carbon.

But fracking, which has been an economic boon and is considered by many to be a solution to America’s energy crisis, is one of the few areas of consensus among establishment Democrats and Republicans.

Sanders, meanwhile, wants to halt the practice nationwide, a stance he’s taken since at least 2014, when Vermont banned the approach. “I’m very proud that the state of Vermont banned fracking,” he said at the time. “I hope communities all over California, and all over America do the same.” He renewed his call for a ban after the recent methane leak at a natural gas storage facility in Porter Ranch, Los Angeles. It’s unclear just what role fracking itself played in the leak, but Sanders has said it “appears fracking of nearby wells could have contributed to this disaster. It is yet another reason why I have called for a ban on all fracking.” Sanders calls the leak “one more tragic cautionary tale in our dependence on oil and gas.”

Many in the Democratic Party, President Barack Obama included, support fracking nonetheless, saying it’s a cleaner-burning fuel than coal or oil, and that it’s possible to safely frack and control potent methane emissions. O’Malley, who contests he has the strongest climate change platform, affirmed his support for fracking in an Iowa campaign stop over the weekend. “Whether or not natural gas is a bridge to a cleaner energy future depends on whether or not we have a national policy to move us to that cleaner future,” O’Malley said. “And I think that a big part of it is having much higher standards in place for protecting the air and the land and the water in the course of the extraction that’s already going on in our country.”

Hillary Clinton’s policy on fracking is more complicated. According to a 2014 Mother Jones investigation, Clinton’s State Department helped “U.S. firms clinch potentially lucrative shale concessions overseas” by encouraging developing nations to embrace fracking. Clinton has suggested looking at how much the government charges companies to drill on federal lands, and proposed in September to revise regulations on methane leaks with better safety precautions like improving leak detection standards and requiring automatic shut-off valves. But she hasn’t said much more than that. A spokesperson did not return a request for comment or clarification about her position.

Is it even possible to ban fracking nationwide? In short, no—not without Congress. The House and Senate would have to approve a tax on greenhouse gas emissions or to amend the “Halliburton loophole.” Passed in 2005 in the Energy Policy Act, the loophole exempted fracking fluids from the Safe Drinking Water Act, which otherwise would regulate how contaminants are injected underground. (In 2013, Sanders proposed a Climate Protection Act to repeal the loophole.)

However, the president has the power to set strict standards for leasing federal lands for fossil fuel development, and Sanders has proposed ending all federal leases to oil, gas, and coal companies. Still, federal lands produce just 11 percent of the country’s natural gas. Under Sanders, the Environmental Protection Agency could also exercise its regulatory authority against fracking companies. For instance, the Halliburton loophole does not cover the Clean Water Act, so companies could be fined if they’re found to be polluting drinking water.

Under President Barack Obama, the EPA has been slow to investigate fracking. An agency report last year found no “widespread, systemic impacts on drinking water resources in the United States,” a conclusion that was later criticized by the EPA’s independent Science Advisory Board panel as being inconsistent with the data. So, if nothing else, Sanders could push for a more thorough investigation of the drilling practice. But that’s a far cry from banning it entirely—and calling for “a bolder EPA” doesn’t have quite the same ring to it.

Rebecca Leber  is a staff writer at the New Republic.