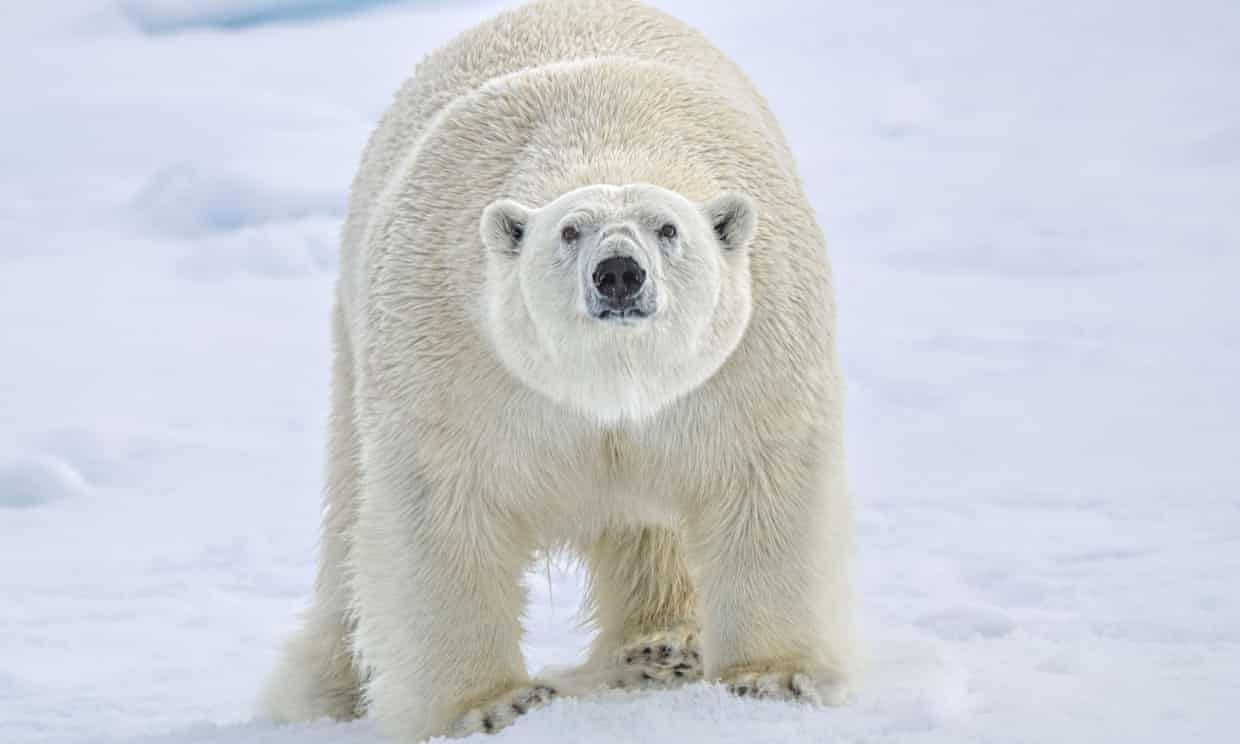 A polar bear in the Arctic Svalbard islands. Photograph: Barcroft

Ship delivered dogs and flares to staff at Arctic weather station after they were encircled by 10 adult bears for two weeks...

Russian scientists have driven away polar bears that besieged their weather station on an island in the Arctic Ocean for two weeks.

A nearby ship was able to reach the island and supply the scientists with dogs and flares to scare off the bears, said the Sevgidromet state monitoring network that owns the station.

Five scientists based at the weather station on Troynoy island, in the Kara Sea north of Siberia, were encircled by 10 adult bears and some cubs, the Russian news agency TASS reported on Monday.

A female bear had taken to spending nights beneath the station’s windows, and one of two resident dogs was killed on 31 August. 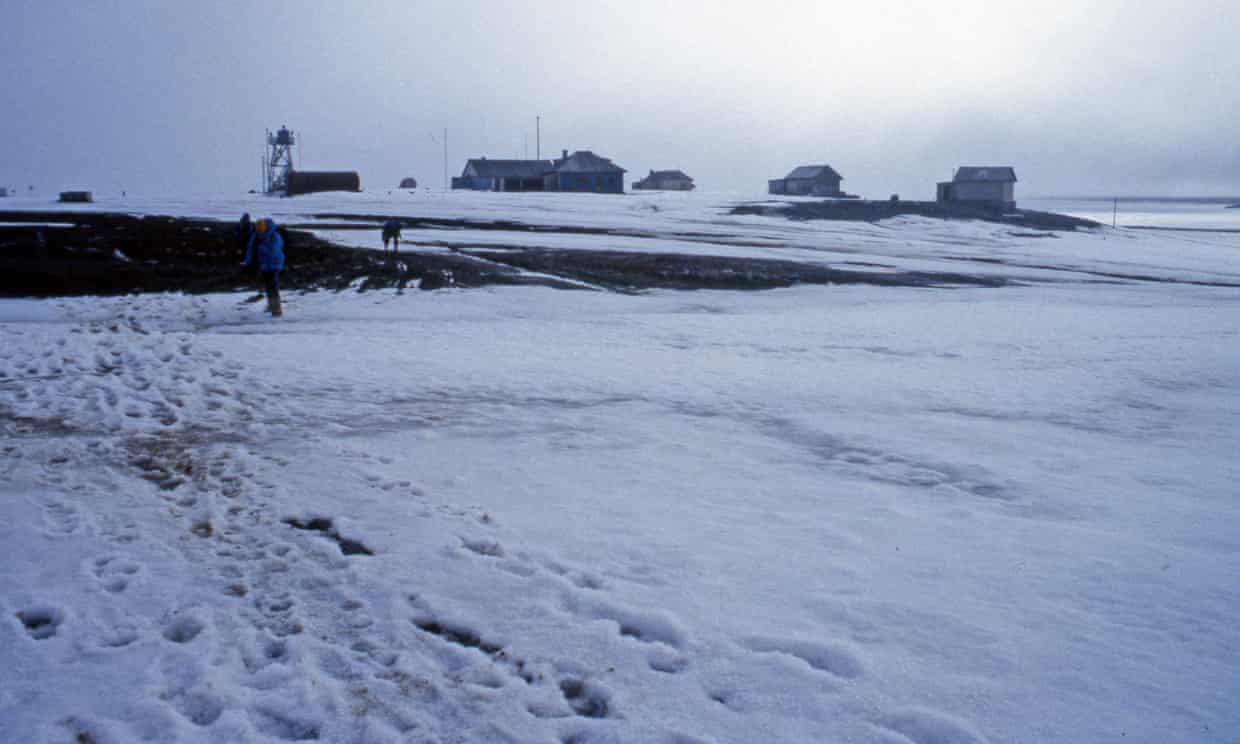 The five personnel – two married couples among them – ran out of flares with which to deter the predators. Troynoy, the largest island in the Izvestiy Tsik archipelago, is 27km long.

The next supply ship that could bring dogs and flares to the island was due in “about a month”, Sevgidromet head Vassiliy Shevchenko told TASS on Tuesday.

But the flagship of Russia’s research expedition fleet, the Akademik Tryoshnikov, happened to be passing nearby and was able to stop at the island, Sevgidromet said. Besides flares, employees at the network’s Arctic weather stations carry electronic sirens and sometimes firearms to ward off bears. They are instructed to leave the station in pairs for safety.

Before the ship arrived, personnel had been advised to “use extreme caution” and to remain inside the station in all but the most serious circumstances. Meteorological work that required going outside to observation sites had been abandoned, but now has resumed.

Shevchenko told TASS that the event was not without precedent. “Things like this have happened before on the Troynoy island because bears inhabit the area and people work there.”

But Sevgidromet spokeswoman Yelena Novikova said such a large number of bears was “not standard”. She said the bears’ aggressive behaviour was related to climate change and the ongoing reduction in sea ice.

“The bears usually go to other islands, but this year they didn’t. The ice receded quickly and the bears didn’t have time to swim to other islands,” she said. “There’s no food on [Troynoy] island, so they came up to the station.”

Shevchenko said the bears would leave the island in search of food in late October or early November, when the waters near the shore freeze, expanding their territory.

According to the TASS report, Russia’s minister of natural resources and environment, Sergey Donskoy, had asked the head of federal weather-watching service Rosgidromet to oversee the situation.

Donskoy instructed Alezander Frolov, the head of Rosgidromet, to take every measure to protect both the animals – members of a protected species – and the weather station’s staff.

In August last year, the three occupants of a weather station on the remote island of Vaygach in the Siberian Arctic spoke of living in close quarters with “aggressive” bears.

On Wednesday, the Interfax news agency reported that a member of a geological expedition by Alrosa, the world’s biggest diamond mining company, had been killed by a bear in Yakutia in northern Siberia. The man called for help, but fellow employees arrived only to find his mangled body and see a brown bear running away. The environmental ministry later said it had shot the bear.